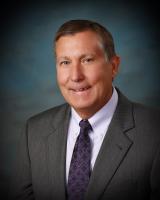 overseeing the Colorado River Management, Active Management Areas, Planning and Data Management, Assured and Adequate Water Supply and Recharge Permitting, and Statewide Planning programs and Tribal Liaison.  He is responsible for multiple planning and policy, regulatory and permitting programs for the management of the state's water supplies.

Mr. Buschatzke serves as Arizona’s principal negotiator on matters relating to the Colorado River, is the Chairman of the Arizona Water Banking Authority and Co-Chair of the Drought Inter-Agency Coordinating Council and represents the State in Indian water right negotiations. Currently, Mr. Buschatzke chairs the Governor Ducey’s Water Augmentation Council which is tasked with investigating long-term water augmentation strategies and other opportunities to secure water supplies for Arizona’s future.

Mr. Buschatzke possesses over thirty years of experience in water management and has been a member of several statewide long-term water planning initiatives including serving as Co-Chair of the Statewide Water Resources Development Commission, the Governor’s Blue Ribbon Panel on Water Sustainability where he served as Co-Chair of the Regulatory and Permitting Group and was an active participant in the Statewide Water Advisory Group and Governor’s Drought Task Force.

During his twenty-four year tenure with the City of Phoenix, he served as the Water Resources Management Advisor and was responsible for policy development for management of the City’s water resources and worked with directly with the City’s executive staff, the City Manager, the Mayor, and with members of the City Council on a variety of water issues.

Mr. Buschatzke’s career in Arizona water resources began with a 1982 Arizona Department of Water Resources internship in the Phoenix Active Management Area and he ultimately became a Program Manager in the Adjudications Division.  He holds a Bachelor of Science in Geology from the State University of New York at Cortland.