The latest “Morning Scoop” panel discussion focused on a broad overview of the water issues facing Arizona.
Published: May 27, 2022

Water, as described at the start of a panel discussion Tuesday on Arizona’s water supplies, is “one of the hottest topics around.”

It certainly is. And for a lot of uncomfortable reasons, as people in the drought-plagued Southwest are learning. 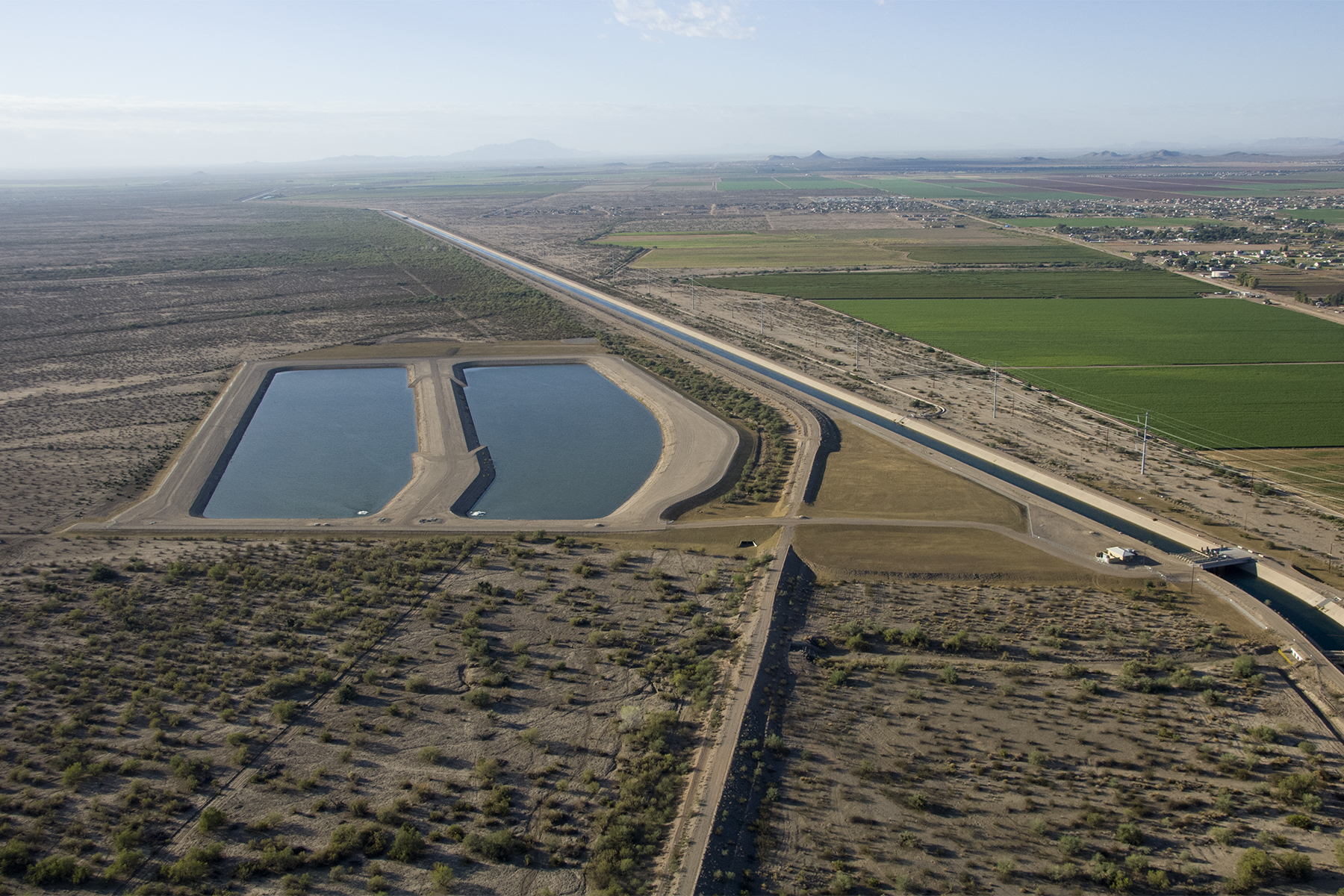 The latest “Morning Scoop” panel discussion sponsored by the Arizona Capitol Times focused on a broad overview of the water issues facing Arizona. Some of them, like surface water supplies maintained by the Salt River Project, appear to be in good shape following reasonably good spring runoff into SRP’s system of reservoirs.

Others – notably the supplies provided by the Colorado River – not so good. The Colorado Rivers system is strained by the effects of a two-decade drought and by two consecutive years of poor spring runoff from the Rockies. News accounts have been full of bad news about Lake Mead, Lake Powell and the system overall.

But, as ADWR Director Tom Buschatzke said, “Because of the serious nature of the drought we’re in and where we’re heading (it’s important) that people realize there are solutions out there and solutions already in place and on the horizon.”

Buschatzke noted, for example, the “millions of acre feet” of water stored underground by the Arizona Water Bank, as well as by private entities such as EPCOR, the Canadian-owned private water company that serves numerous Valley communities.

“We have that resource available to us,” he said, as well as “billions of dollars” available to us for things like recycling, augmentation and “other solutions that may be on the table.”

Nevertheless, he noted, the conditions on the Colorado River system are likely to deteriorate further in the coming calendar year. 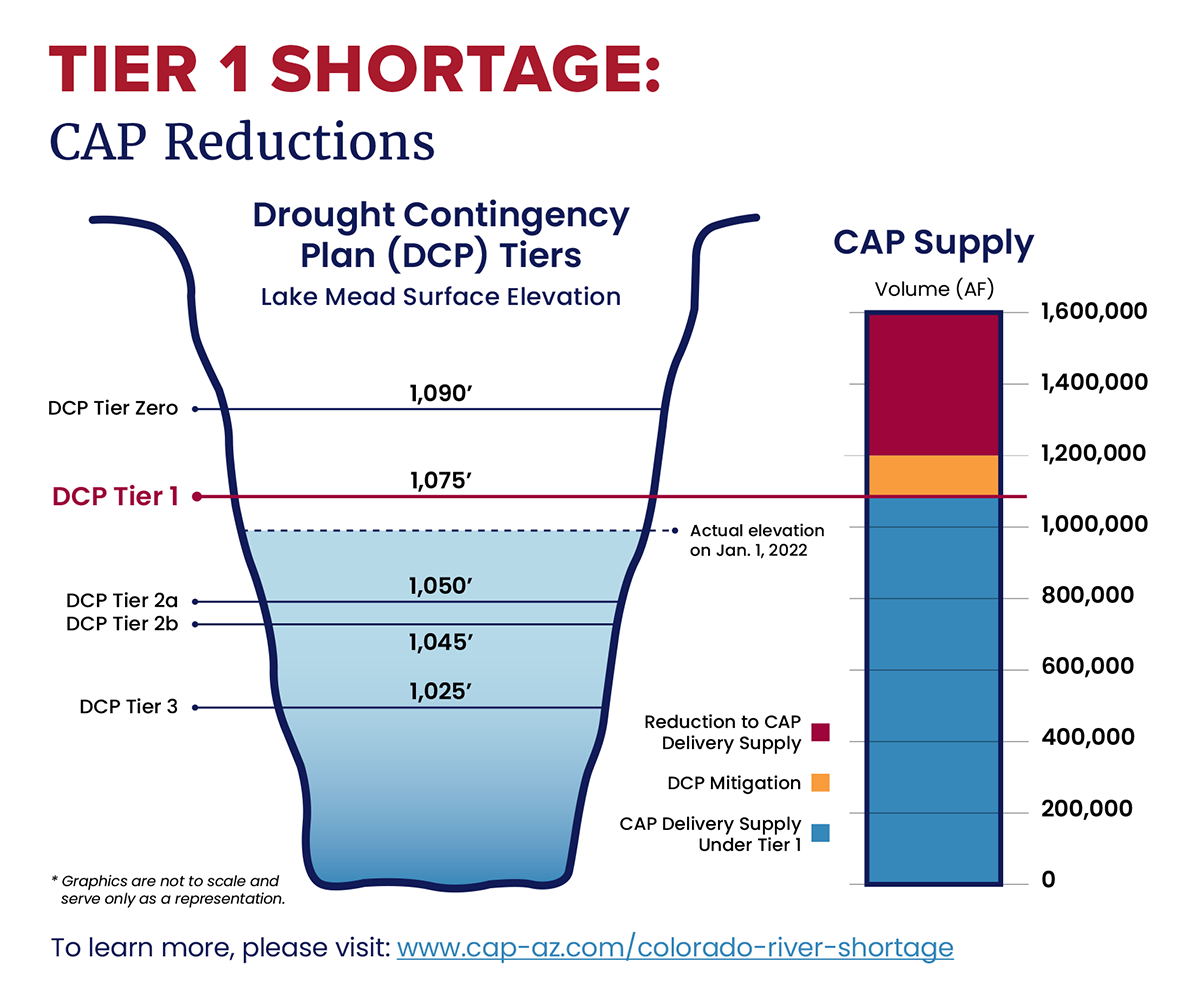 Since the beginning of 2022, Arizona has been in a “Tier 1” shortage condition, which has required Arizona to leave 512,000 acre feet of its annual 2.8 million acre-foot allocation in Lake Mead. Should surface levels at Lake Mead descend to below 1,060 feet by the beginning of 2023, the amount Arizona may have to leave in the reservoir may increase to 592,000 acre feet.“We’ve done lots of (voluntary) conservation in Lake Mead, both recently and probably staring in about 2014,” he said. “There’s over 70 feet of purposely conserved water in Lake Mead when you look at the cuts and the conservation. Without that, I couldn’t even begin to tell you how big the cuts to Arizona would be. But they would be much bigger than the cuts we are suffering right now.”

As described by Ted Cooke of CAP, Arizona already has stored more than 800,000 acre-feet in Lake Mead, “so we’re already beyond what a Tier 3 would require us to do, even while we are in a Tier 1.”

In the early shortage stages, Cooke noted, there was some “mitigation” – that is, water and funds provided to the entities receiving less water. “But that declines over time.” The next steps of shortage, then, will have “more impact because there is less mitigation.”

Cooke also noted the fact that the voluntary contributions to raising surface levels at Lake Mead have proved to be the deciding factor in keeping the reservoir from descending to Tier 3 status already.