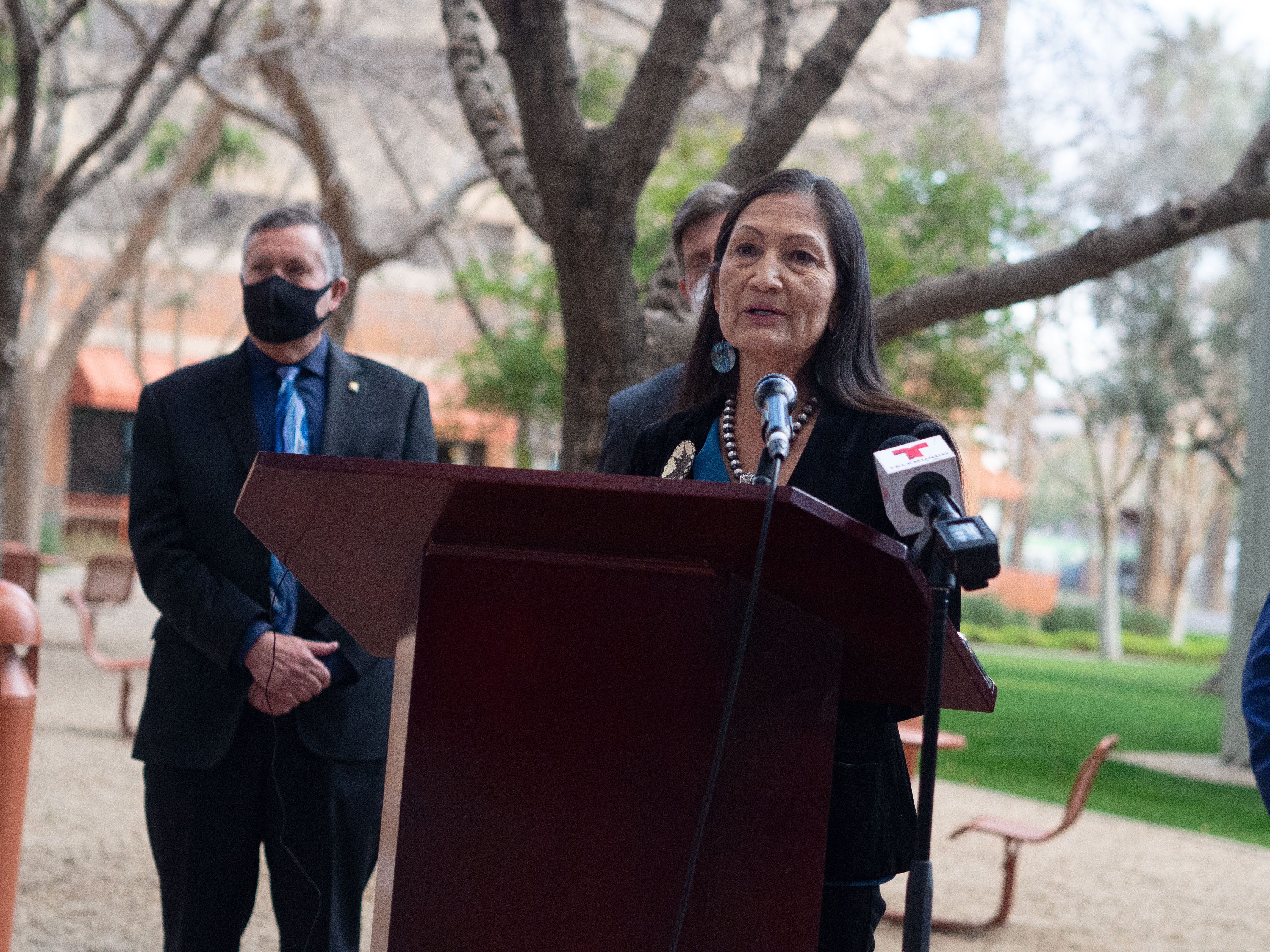 Secretary of the Interior Deb Haaland and Assistant Secretary for Water and Science Tanya Trujillo traveled from Washington, D.C. this week for a two-day visit to Arizona that, on Tuesday, included a roundtable discussion on water issues at the offices of the Arizona Department of Water Resources.
The 90-minute meeting at ADWR included several members of Arizona’s congressional delegation, a representative of the Governor’s Office and leaders of Arizona tribal communities, as well as numerous representatives of the State’s water users.
During her visit, Secretary Haaland highlighted Interior’s plan to allocate $1.7 billion of the recently passed Infrastructure Law funding this year to fulfill settlements of Indian water rights.
"So much of what the Interior Department is working on is happening right here," said Haaland.

ADWR Director Tom Buschatzke underscored the importance of resolving tribal water-rights claims.
“Settling Indian water rights claims is a priority for the State of Arizona,” said Director Buschatzke.
“The funding announced (on Tuesday) is critical to fulfilling the obligations in tribal water rights settlements to provide water and economic opportunity to Tribes in our state,” he said.
According to a statement released by U.S. Sen. Mark Kelly, who attended the roundtable at ADWR, “(f)or Arizona, the Department of Interior allotted $224 million for building out the infrastructure needed for the Southern Arizona Indian Water Rights Settlement.”
At the ADWR meeting, Secretary Haaland discussed elements of the Bipartisan Infrastructure Law.
A statement from the Secretary’s office offered a breakdown of some of the legislation’s spending priorities: 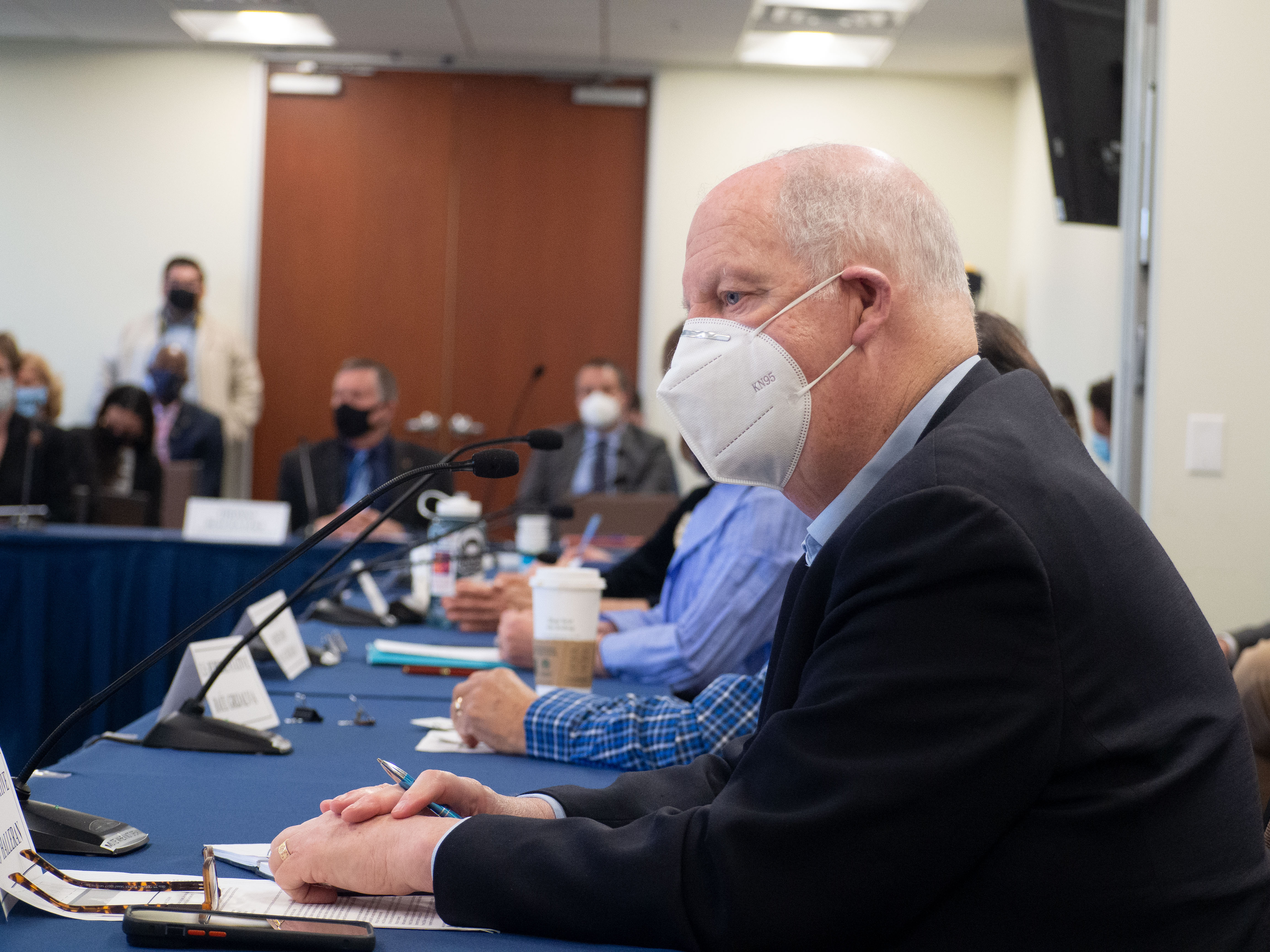 In addition to her roundtable discussion at ADWR on Tuesday, the Secretary also participated in a “listening session” with the Inter Tribal Council of Arizona, where she also discussed water and climate issues.
On Tuesday, the Secretary -- accompanied by Sen. Kelly and U.S. Rep. Raúl Grijalva, Rep. Tom O'Halleran, Rep. Greg Stanton and Rep. Ruben Gallego --visited the Gila River Indian Community to highlight the water-rights settlement funding announcement.