Arizona’s water leaders on July 13 laid out the path forward for contending with the extraordinarily difficult choices facing all of the Colorado River system’s water users over the next several months. 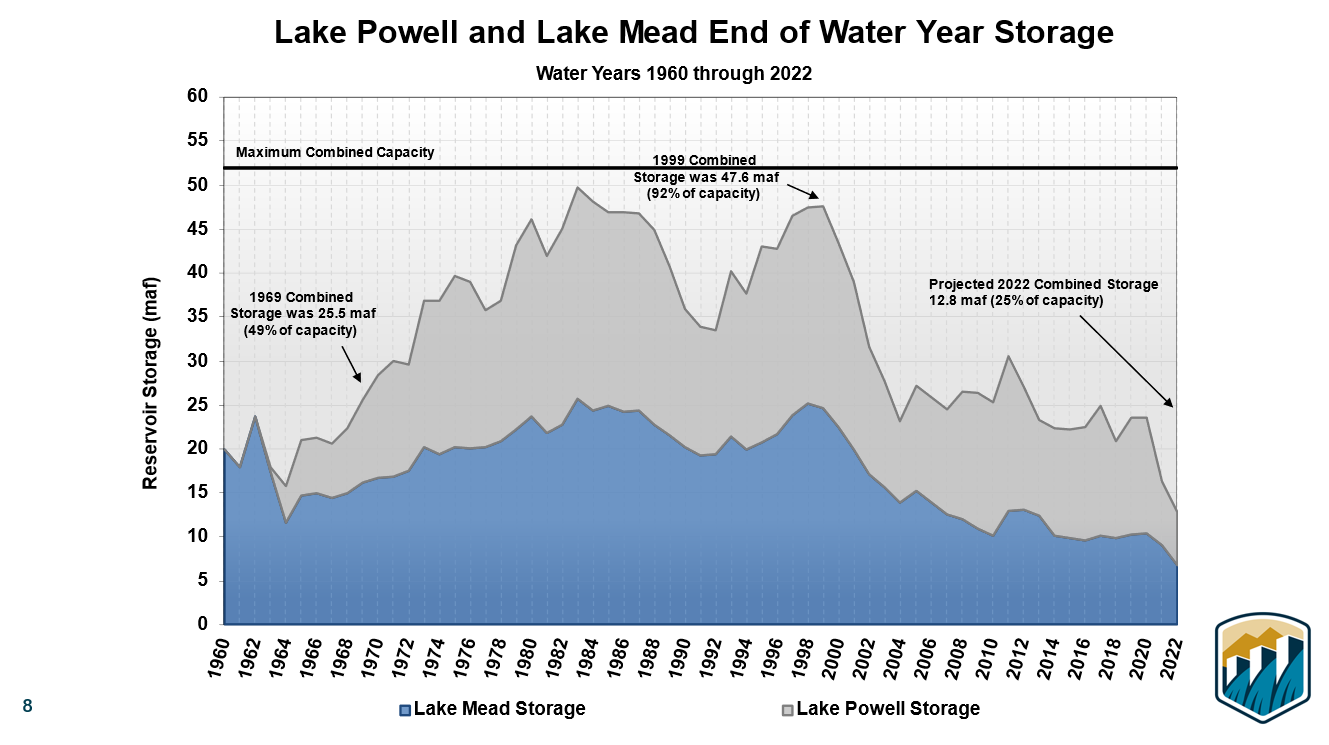 In addition, they gave the ARC members a first glimpse into the negotiations among Colorado River states on how they will contend with enormous water-delivery cutbacks.

Alan Butler of the Bureau of Reclamation provided an analysis of the river system’s current hydrology and an analysis of the enormous volumes of water that must be left in Lake Powell and Lake Mead to protect the system from descending to below critical levels.

Butler told the ARC members that the system currently is at 35 percent of capacity, down from 41 percent of capacity at this time last year. He observed that Lake Mead will almost certainly be in a Tier 2 shortage condition in 2023. 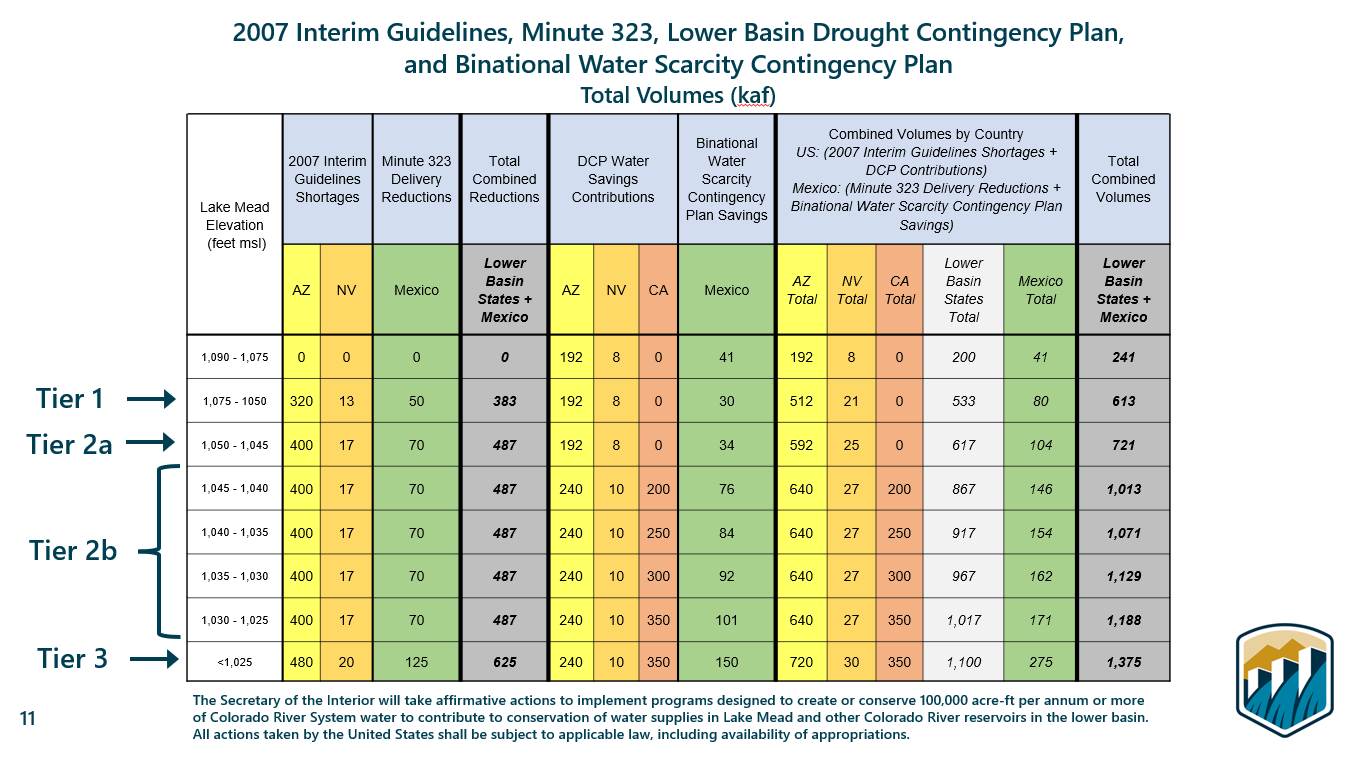 “That continued declining condition is predicted to continue,” said Butler.

On June 14, Bureau Commissioner Camille Touton said at a U.S. Senate committee hearing that the Colorado River system would need between 2-4 million acre-feet of additional conservation in the two reservoirs to achieve stability. Butler emphasized that his analysis of the critical surface levels that needed to be maintained did not suggest specific amounts that each Basin States would need to conserve.

“We wanted to quantify the magnitude of what it would take to keep the reservoirs at those levels, but we’re not attributing that to anyone or any one basin.”

CAP GM Cooke recalled Commissioner Touton’s comments to the Senate in which she observed that the necessary volumes could not be achieved by any one entity, such as agriculture or municipal water providers, or by any one state. 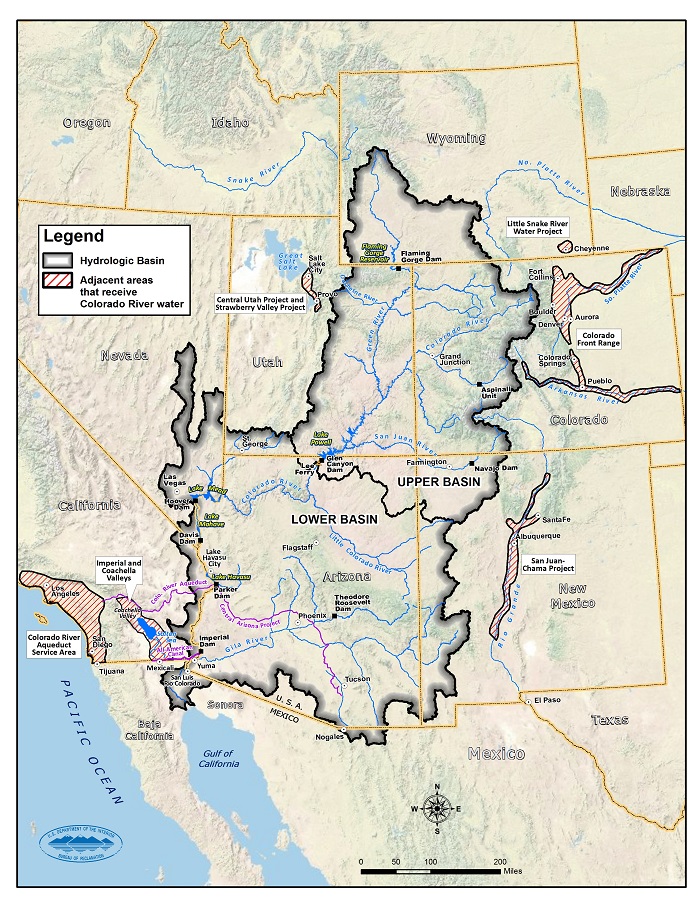 She said that “everyone had to participate across the Basin, and that includes Upper Basin and Lower Basin.”

“It doesn’t take much diving into the math to realize that this is the case,” said Cooke.

By itself, he added, Arizona has committed to conserving more than 800,000 acre-feet in the system in 2022 alone, when all the various commitments like the Drought Contingency Plan and the 500+ Plan and volunteer efforts are totaled.

Butler’s presentation illustrated one of the most serious developments affecting the system – the fact that very low volumes of water are making it into the river system despite near-normal volumes of snowpack in the river’s main source of moisture, the Colorado Rockies.

Director Buschatzke laid out for the audience the actions that he anticipates will be needed to stabilize the system.

He particularly recalled Commissioner Touton’s June 14 testimony in which she asserted the federal government’s commitment to protecting the system, even if the Basin States could not come to an agreement among themselves.

“Her answer was, ‘yes, we will protect the system.”

“We’re hearing a consistent story from the United States that they are going to protect the system, that everyone needs to contribute, and that while priorities will be respected to some degree, they are not going to be the outcome at the end of the day.”

With considerable emphasis, Buschatzke also declared he would vigorously oppose any effort to make the “junior” status of most Central Arizona Project water the solution to the Colorado River system’s current crisis:

“We in Arizona are not going to walk out of any room in which an agreed-upon outcome is CAP going to zero. That is not something that Ted and I will ever agree to."

“If they want to force that outcome on us we will deal with those impacts, but we are not going to voluntarily send CAP into the mud.”