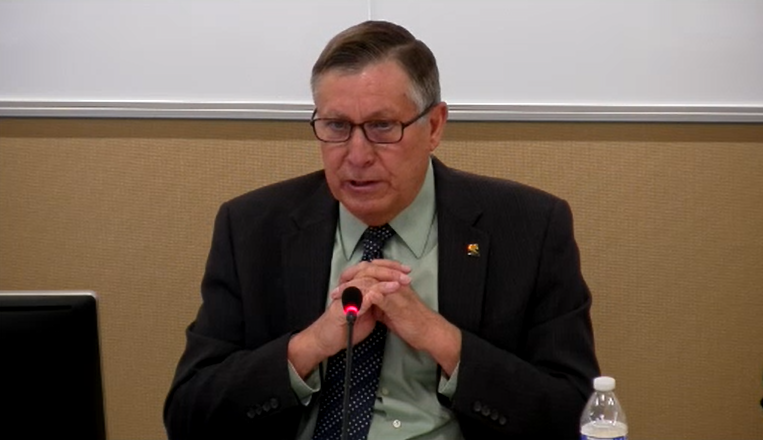 In a May 6 joint presentation, officials of three agencies laid out publicly the serious challenges facing the Colorado River system, especially at Lake Powell, which currently sits at 24 percent of capacity, its lowest level since the reservoir was first filled.

The Joint Colorado River Shortage Briefing was prepared by the Arizona Department of Water Resources, the Central Arizona Project and the federal Bureau of Reclamation to provide the public with a comprehensive update of the hydrology conditions on the vital river system and an outline of the actions being taken to help stabilize it.

Dan Bunk of the Bureau of Reclamation provided an analysis of current conditions. He told the audience that the 2021 Water Year produced the “second lowest inflow into Lake Powell” since Glen Canyon Dam was built.

“Both Lake Powell and Lake Mead are at historically low levels,” said Bunk. “It’s not looking particularly optimistic at either reservoir.”

“We expect further significant actions to reduce water use will be required in the Lower Basin to protect Lake Mead now and for the future.”

As worrisome as the details arising from the May 6 briefing on conditions at Lake Powell are, a briefing delivered two days earlier on anticipated weather patterns in the Southwest painted an even more challenging picture. 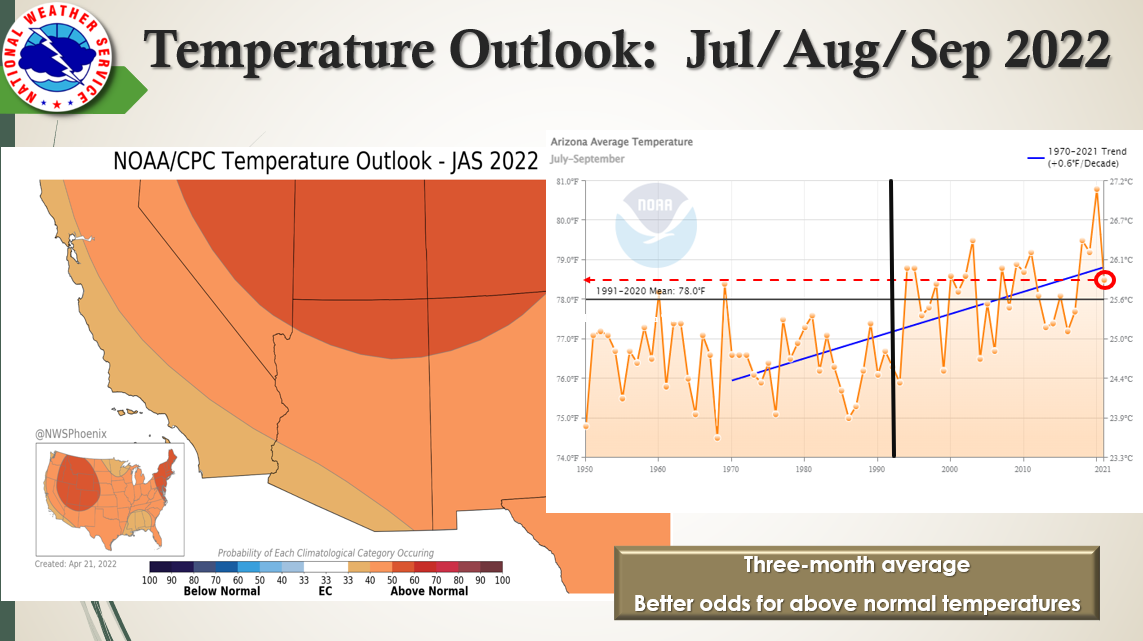 Mark O’Malley of the National Weather Service told the Arizona Drought Interagency Coordinating Group on May 4 that the “La Nina” conditions in the eastern Pacific that that have contributed to two consecutive dry winters are likely to continue into 2023.

The Drought Interagency Coordinating Group makes an annual recommendation to Arizona’s governor on whether to continue the drought declaration that has been continuously renewed for over two decades. Unsurprisingly, the panel this year recommended it be continued once again.

O’Malley observed that projections favor a warmer than average summer in 2022 and a “40-50 percent chance of La Nina persisting or redeveloping in winter 2022-23.”

On a rare positive note, O’Malley also noted that the odds slightly favored a wetter than average summer monsoon season this year, “although the randomness of thunderstorms will likely result in some communities not reaching average (rainfall levels).”