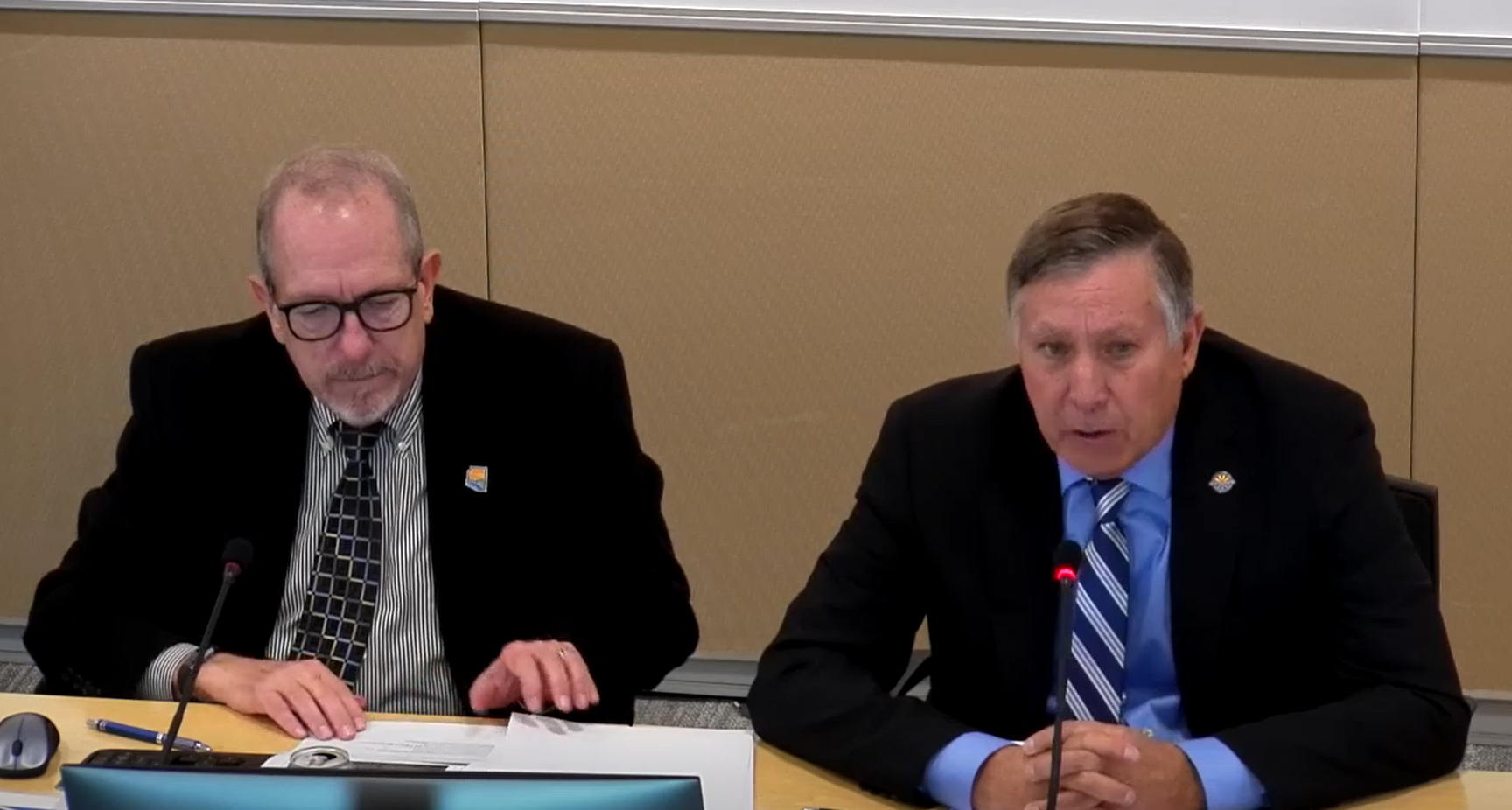 Arizona’s water leaders on Friday, Nov. 4, outlined the state of negotiations over delivery cutbacks to stabilize the Colorado River system.

Even as the days tick ever closer to the start of the 2023 water year, they reported, the Colorado River States and the Department of the Interior appear to have made scant progress toward an outcome that would leave between the 2-4 million acre-feet that the system needs to keep from descending to unstable levels.

Speaking about the on-going discussions among the states about conservation contributions, Arizona Department of Water Resources Director Tom Buschatzke conceded that “there was no certainty that we would get to even 1 million acre-feet (MAF).”

Director Buschatzke and Central Arizona Project General Manager Ted Cooke made their presentation to the Arizona Reconsultation Committee, the organization of water users and providers from across Arizona that helps develop an Arizona perspective on new long-term management guidelines for the Colorado River that are expected to go into effect before the end of 2026.

As a result of existing agreements, Arizona will leave 592,000 acre-feet of its 2.8 MAF allocation – 21 percent - in Lake Mead in 2023 to help keep the reservoir from descending to critical levels.

Including mandatory and voluntary contributions from a variety of in-state sources, Arizona will have left roughly 840,000 acre-feet in the troubled reservoir in 2022. 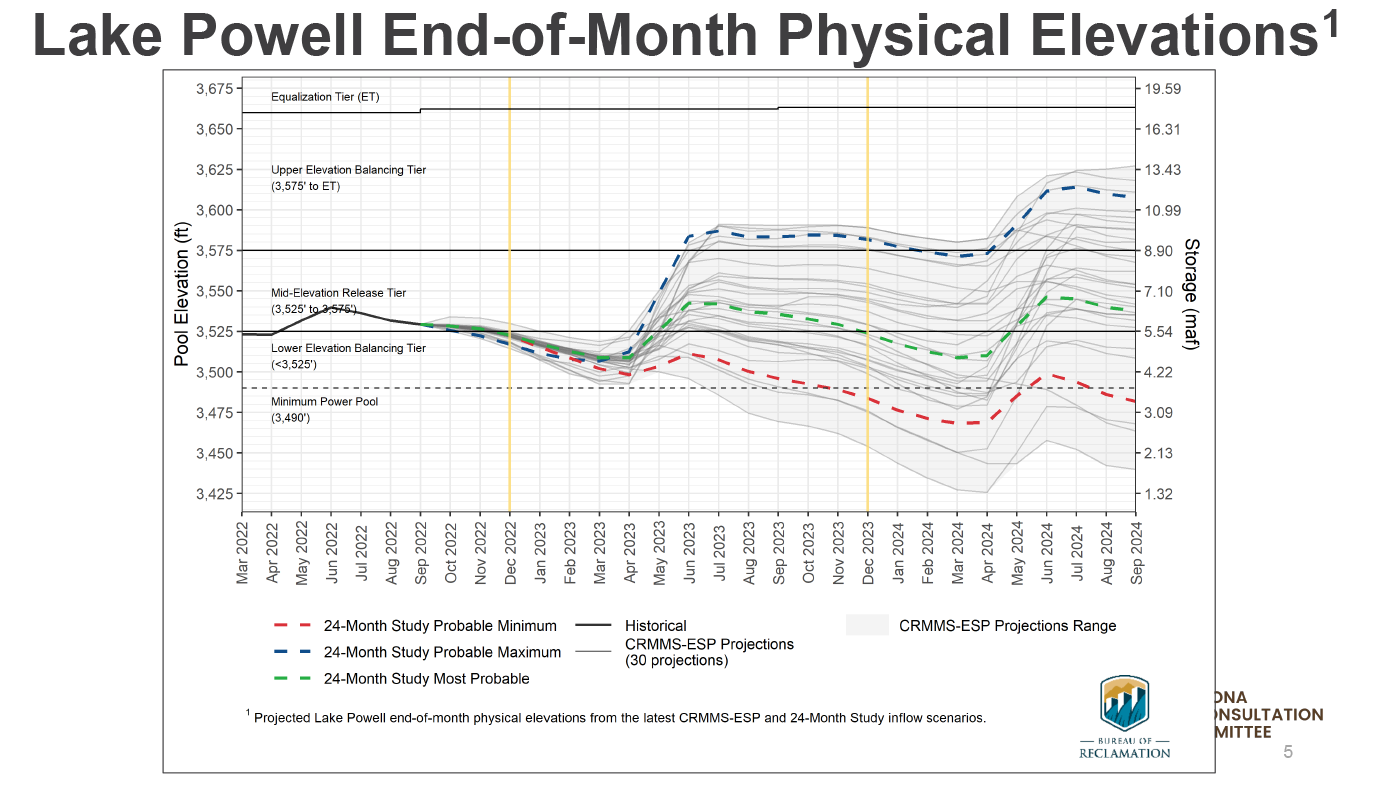 As reported by Buschatzke and Cooke, the states are struggling to come up with a plan to secure equitable voluntary commitments to conserve the additional 2-4 MAF.

Bureau of Reclamation Commissioner Camille Touton announced earlier this year that the system needed to conserve that stunning amount of water in Lake Mead and Lake Powell to avoid potential catastrophe. The Bureau’s efforts since then have focused on winning voluntary contribution commitments from the states. The ARC co-chairs said the discussions have not proved fruitful thus far. 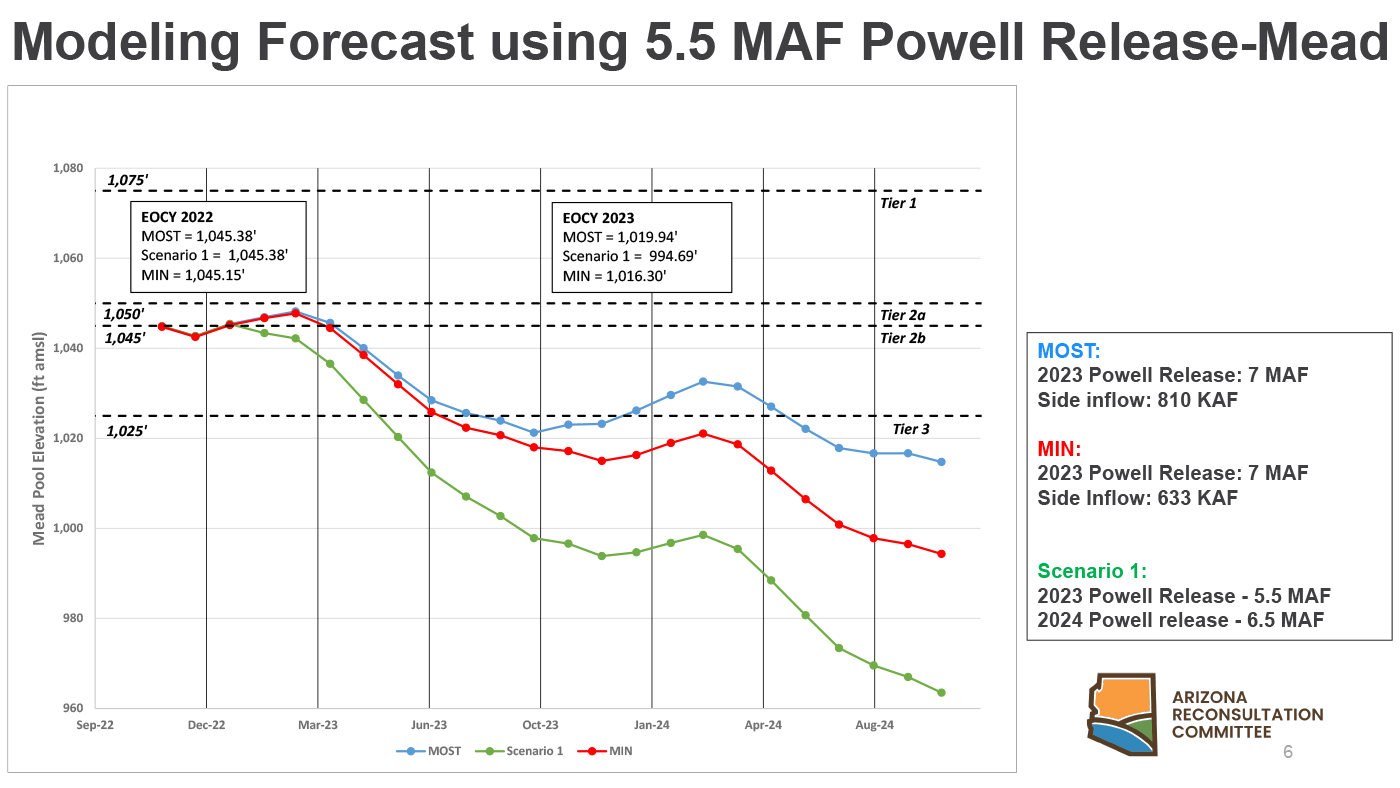 Below those eight massive valves are just four “bypass tubes” that, comparatively, are “basically four garden hoses” compared to the eight intake valves.

Much of the discussion at the ARC meeting focused on one of the more controversial long-term options for dealing with chronic overuse of Colorado River water – creating a system that assesses users for system losses due to evaporation, seepage and other losses. Accounting for those losses, said Buschatzke, “will go a long way” toward getting to the 2-4 MAF needed to protect the system.

“Everyone… diverting water should own a piece of that evaporation and system loss,” said Buschatzke.

The Director acknowledged that winning support for such an accounting among users and providers in Arizona, much less among the other states, “is not a certainty.”