The State panel charged with making recommendations to Arizona’s Governor about drought status met early in May and concluded – to absolutely no one’s surprise – that Arizona remains locked in the chronic drought conditions that have plagued the Southwest for more than two decades.

Unfortunately, it gets worse than that. Indications are that the mountain snowpack expected to accumulate during the approaching fall and winter may prove to be as disappointing as the last two. 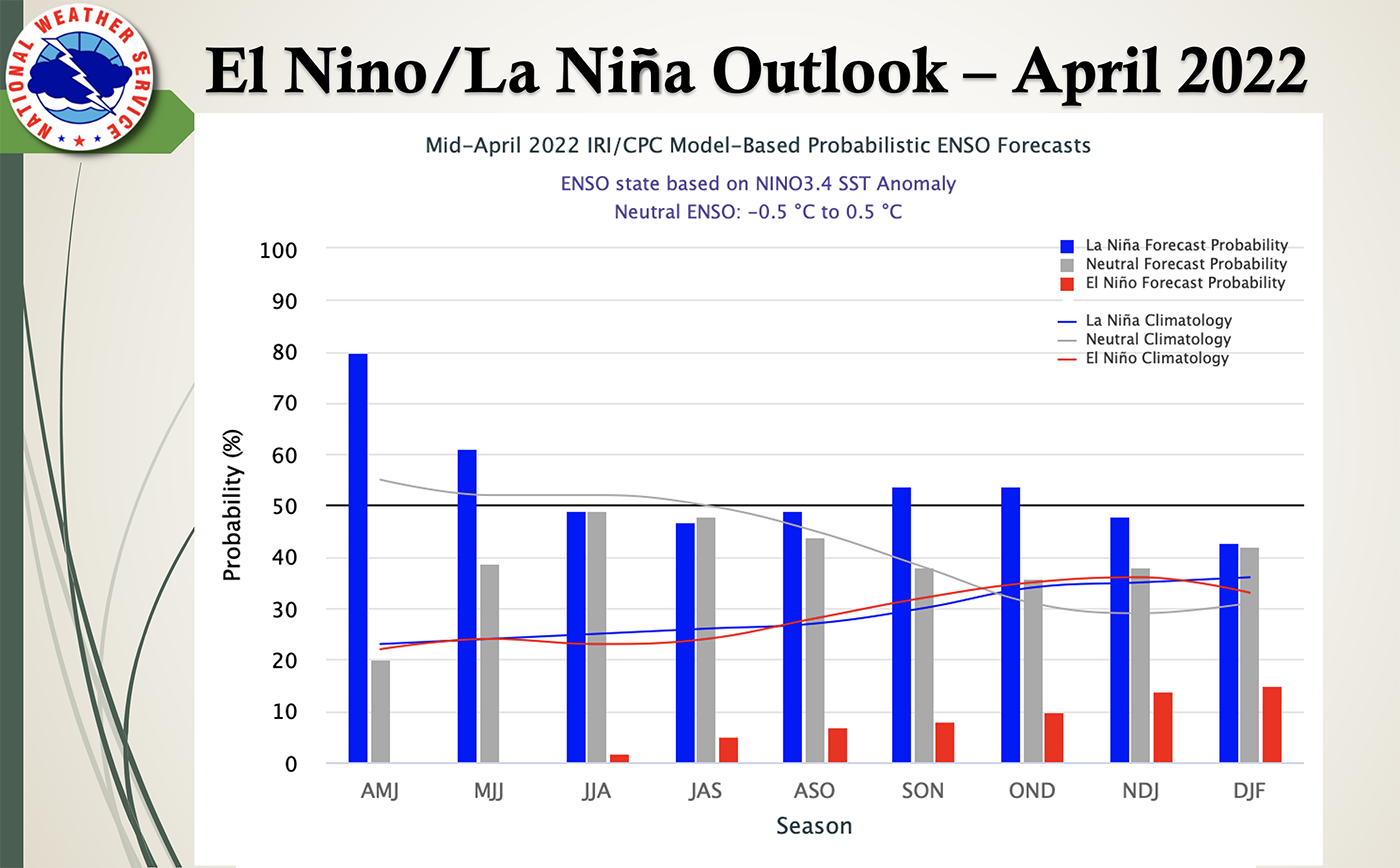 The historic bane of the Colorado River system – a tropical Pacific Ocean condition known as “La Niña” – is looking to linger for a third straight snowpack season, starting in the fall.

Based on those analyses, the panel then sends Arizona’s Governor its recommendations about whether to continue officially declaring the State in a drought condition. In over two decades, the Coordinating Group has never issued a recommendation that the Governor declare Arizona out of drought.

Mark O’Malley, lead forecaster for the National Weather Service, provided the panel with his agency’s expectations for moisture resulting from the Summer 2022 monsoon season in Arizona, as well as his preview of Winter 2022-2023.

From the outset of his presentation, O’Malley did not mince words:

“I’ve been doing this for nearly a decade, and I think this is probably the most important inter-agency coordination group meeting that we’ve had, for obvious reasons. 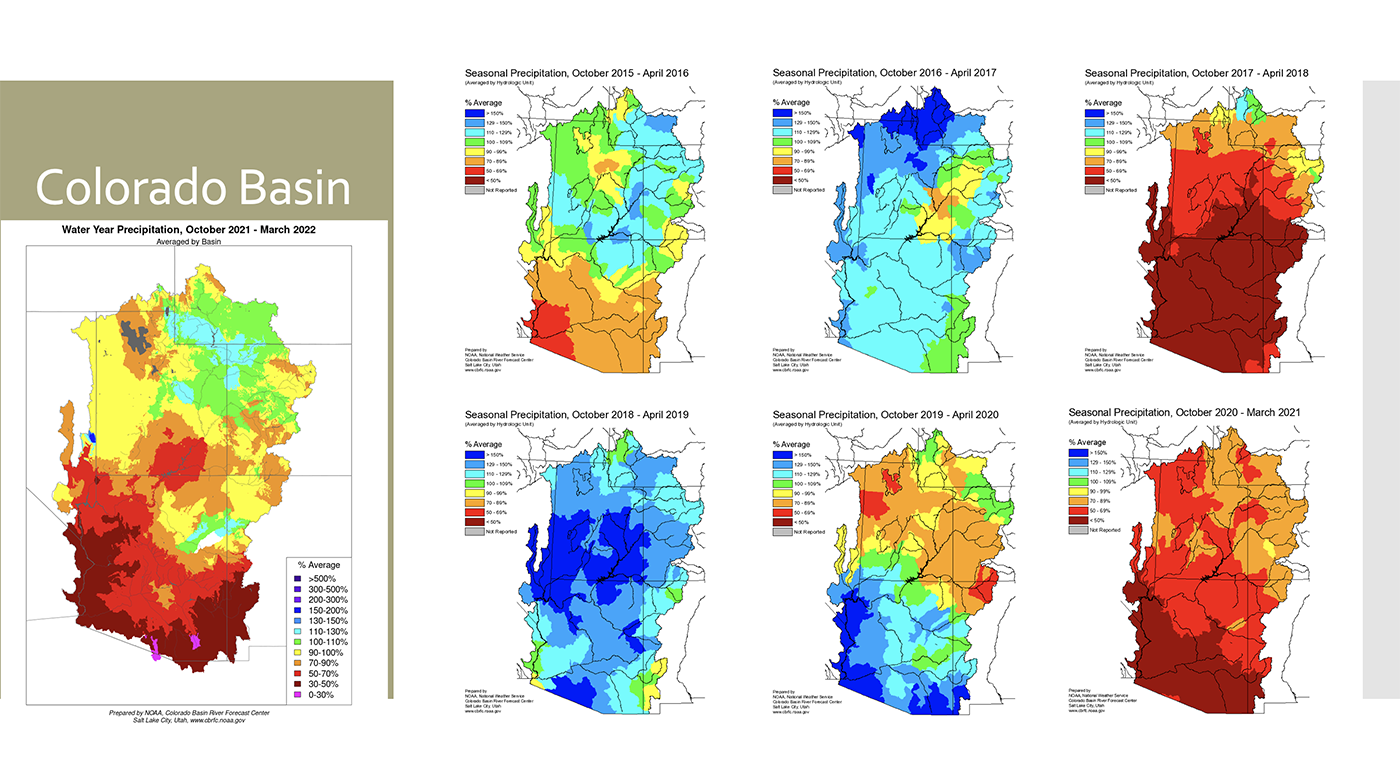 “I’ll try to point out some of the positives going forward, but I have to be realistic, this is not going to be a rosy presentation.”

It wasn’t. O’Malley pointed out that La Niña conditions “have not been favorable for improving drought conditions,” and observed that in the course of the last two “La Niña” winter seasons, “it has been pretty detrimental during the winter.”

Temperature anomalies in the region have been very warm and very dry over the last two winter seasons. The 2021-2022 season was slightly better than the previous winter that produced barely a third of the normal runoff into the Colorado River system. But it was not so much better that it could improve the declining water-storage levels at the system’s primary reservoirs, Lake Powell and Lake Mead.

The upside, he said, is that conditions look good for a fairly wet summer monsoon season. Unfortunately, indications favor a warmer-than-normal summer throughout the Southwest, which can obviate the value of heavier summer thunderstorms.

Pointing to a graphic in his presentation, O’Malley said “it’s just unmistakable. We’ve been getting warmer every year. There’s no reason to believe that this summer will not continue this trend.”

O’Malley tied the warmer summer temperatures to the decrease in the unregulated inflow into the Colorado River system.

“We’re adding all that extra heat, extra evaporation, extra drying the soils out even quicker. And that’s really hurting us.”

The plans that Colorado River system planners made “thirty, forty, fifty years ago are not really accurate anymore,” said O’Malley.

The positive, he said, is that we can and should incorporate these trends going forward “and adjust how we’re allocating water and using water in the State.” 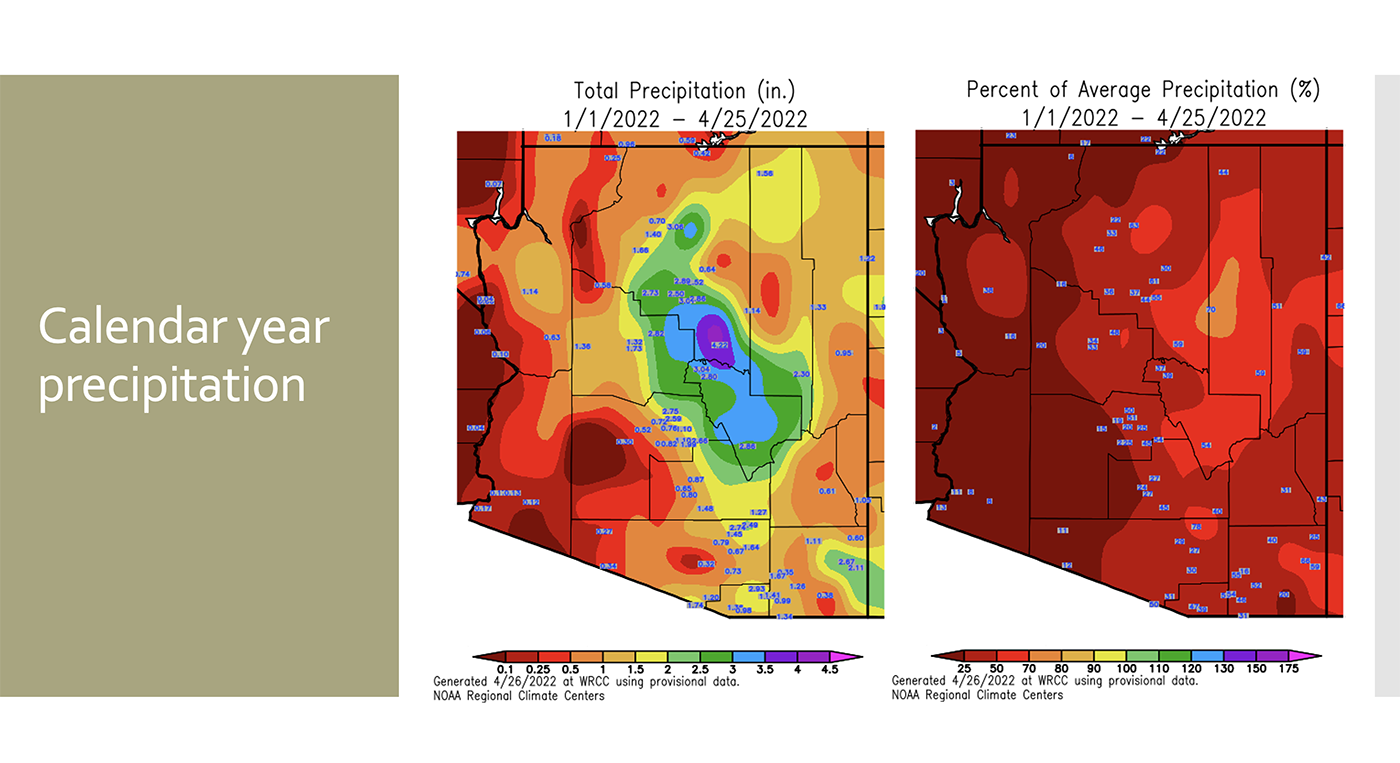 In Arizona, she said, December proved to be a productive month for moisture, especially snowpack in the mountains. Unfortunately, she added, “every other month was below average.”

Ultimately, the recommendation of the Drought Interagency Coordinating Group was to continue Arizona’s drought declaration.

The meeting “confirmed that Arizona remains in short- and long-term drought with most of the state experiencing some level of drought condition from abnormally dry to extreme drought,” wrote co-chair Buschatzke.