To keep Arizonans abreast of developments in state water law, the Arizona Department of Water Resources has added a section to the Department’s website that chronicles legislative actions. Launched on February 19, the page, titled “Legislative Affairs,” can be accessed from ADWR’s homepage. The first entry is House Bill 2078, which was passed by the Legislature and transmitted to Governor Ducey on Feb. 1. The Governor subsequently signed HB 2078 on Feb. 5. 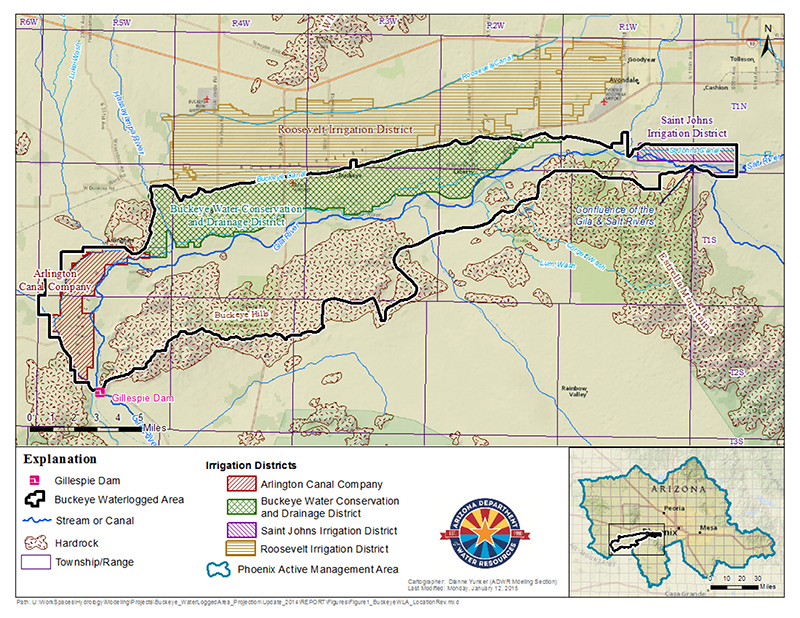 Rare is it that a region of the Sonoran Desert, especially at a time of extended drought, may be deemed “waterlogged.” But, indeed, one such place is located in a long-time farming region of the Phoenix Active Management Area, known as the Buckeye Waterlogged Area, or BWLA.

Groundwater flows into the BWLA from the east along the Salt River-Gila River corridor and from the north along the Hassayampa River corridor. Groundwater-level measurement surveys conducted at 51 well locations in 2017 by the Arizona Department of Water Resources found that while the minimum and maximum elevations in 45 of those well locations were similar to elevation levels measured in 2013, the average elevation was 20 feet higher.

Water arrives at the BWLA from a wide variety of sources. 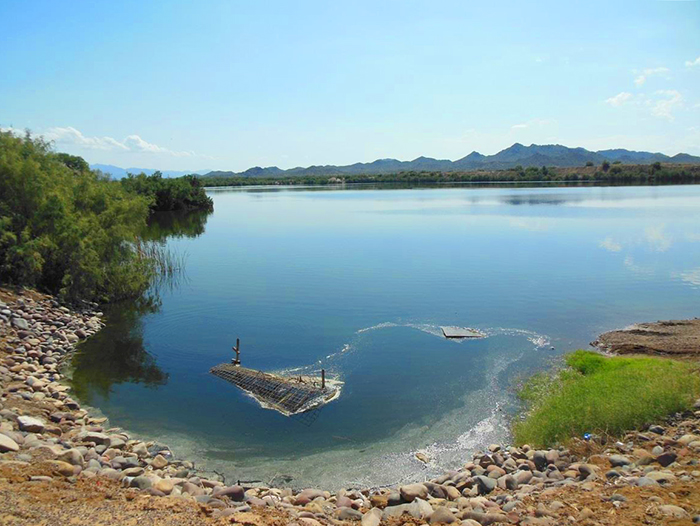 So, in sum, gravity pulls water from a great many sources toward the BWLA, rendering it far different from other farming regions.

Because of those unique hydrologic conditions, groundwater use in the area for many years has been afforded exemptions from certain of the guidelines set out in Arizona’s groundwater management laws.

Since 1988, for example, Arizona statutes have exempted lands in the BWLA from irrigation water duties, and irrigation districts distributing water in the area have been exempt from conservation duties, withdrawal fees and water quality assurance fees.

The provisions allowed for the exemptions to continue through the end of 2024. Recognizing the need to extend those exemptions, the Legislature this session passed HB 2078 and transmitted the bill to Governor Ducey on Feb. 1. The Governor signed it into law on Feb. 5.