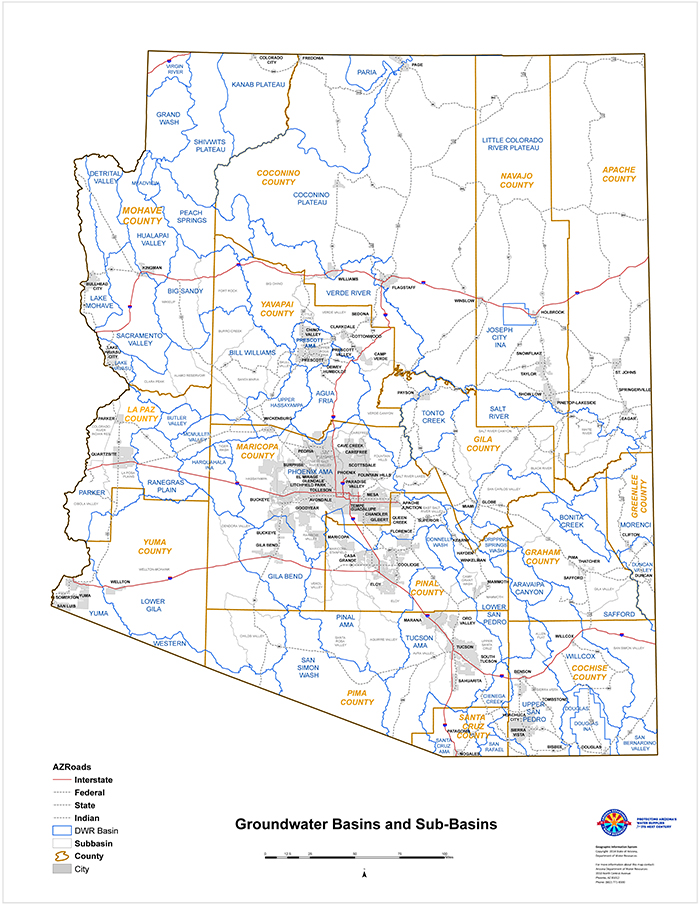 When they’re not out in the field gathering water data, the Hydrology Division of the Arizona Department of Water Resources spends a lot of time poring over, digesting and analyzing the vast amount of information it collects about Arizona’s water resources.  Sometimes, the studies they produce can take years to complete.

Sometimes, though, water analysts outside the Department are like overnight-mail customers: They need the information, like, yesterday. They have deadlines. They can’t wait for the release of the next deep-dive study to be published.  ADWR hydrologists get that.

One way they respond to those urgent data requests is the production of the “Water Level Change Map Series” reports, which are published on Hydrology’s eLibrary.

The map series – known as WLCMS reports – are designed for a rapid public release to provide hydrologic information and data with only limited interpretation. 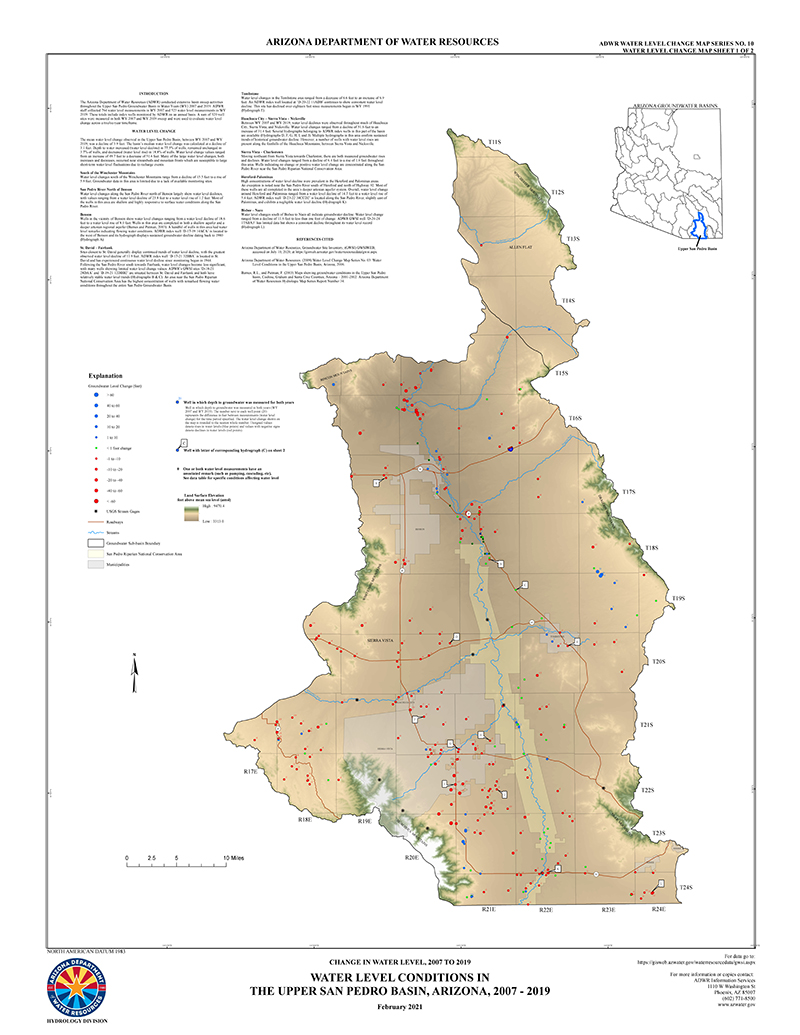 Typically, WLCMS reports include a map and a general overview of water levels and groundwater conditions within a basin or sub-basin between the last two periods of water level data collection.

The most recent Water Level Change Map Series report covers a region of southern Arizona whose groundwater supplies have been the focus of a great deal of interest in recent years: The Upper San Pedro Groundwater Basin, which includes portions of the San Pedro River, the idyllic San Pedro Riparian National Conservation Area, as well as the towns of Sierra Vista, Tombstone and Bisbee.

The data in this most recent entry to the map series includes depth-to-water data collected during extensive basin sweep activities in Water Years (WY) 2007 and 2019.

In all, ADWR staff collected 764 water-level measurements in Water Year 2007 and 523 measurements in WY 2019. These totals include “index” wells, which are wells in the region that are monitored by ADWR on a more frequent basis, typically an annual basis.  A sum total of 320 well sites were measured in both the WY 2007 and WY 2019 sweeps and were used to evaluate water-level change across a twelve-year timeframe.

The report shows considerable evidence of groundwater declines in many areas.

Water-level change values ranged from an increase of 49.7 feet to a decrease of 51.6 feet. Many of the large water-level changes, including both increases and decreases, occurred near streambeds and mountain fronts, which are susceptible to large short-term water-level fluctuations due to recharge events.