In many respects, the Arizona Water Blueprint – a data-rich, interactive map of Arizona’s water resources and infrastructure created by the Kyl Center for Water Policy at Arizona State University – could not have been rolled out at a better time.

Research into Arizona’s varied sources of water is approaching an all-time high.

The Governor’s Water Augmentation, Innovation and Conservation Council is examining potential means of augmenting the State’s water supplies by a variety of methods. A committee of water experts from around Arizona recently has convened to help determine Arizona’s path forward in Colorado River management issues. And several ad hoc groups in rural areas are busy assessing the future of groundwater use in their regions. 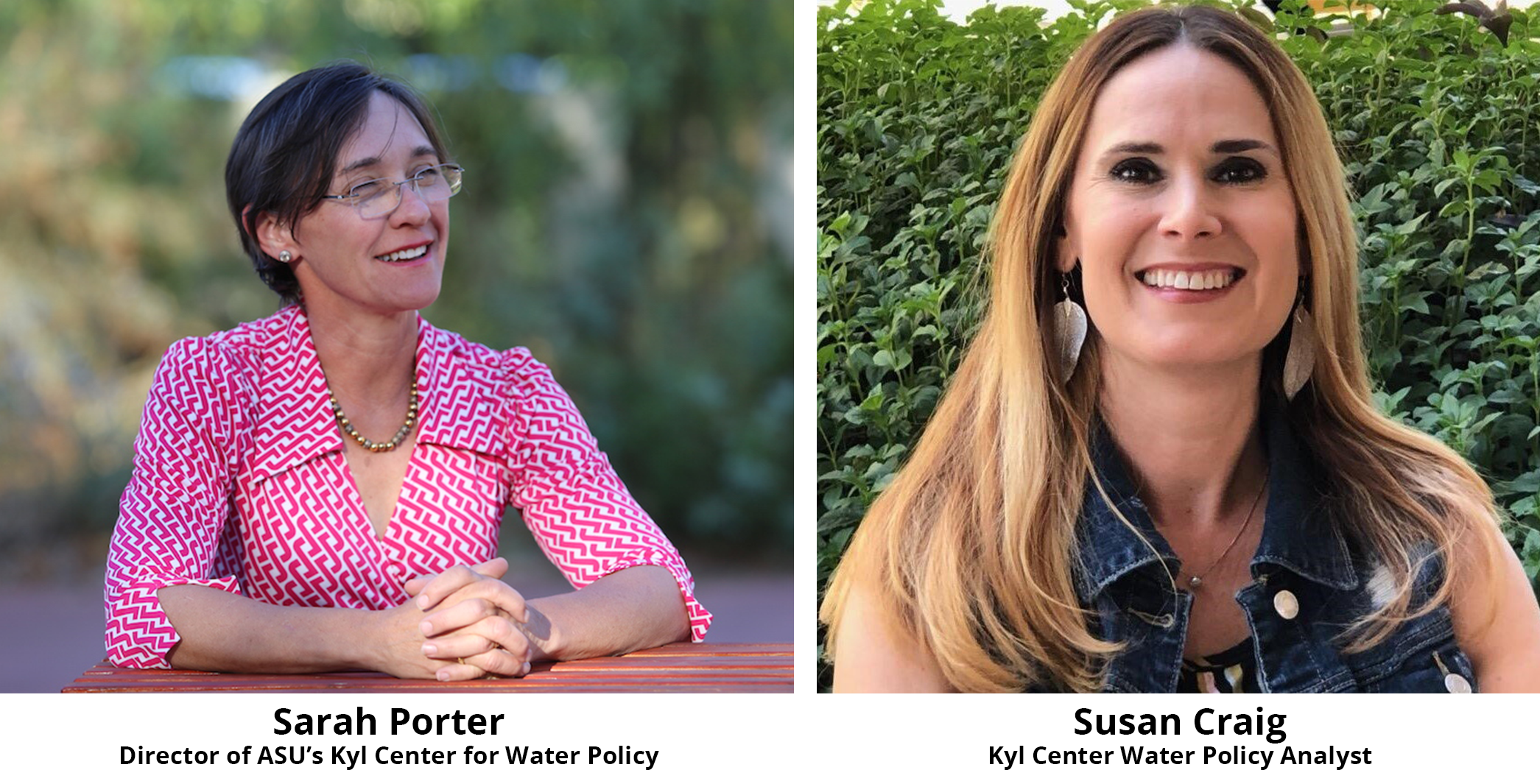 At such a time, an easy-to-use tool that places water data within reach of researchers and policy-makers becomes extremely valuable. Early reactions to the Arizona Water Blueprint  indicate its value is high.

“It helps people have a better understanding of what’s going on with water,” said Sarah Porter, director of ASU's Kyl Center for Water Policy at the Morrison Institute.

“It’s for everyone. Water geeks can use the Blueprint and they’re finding that it’s very eye opening. But it’s also useful for people who don’t know much at all about water resources around the State.”

The Blueprint puts within the framework of a single tool a vast array of maps and data sets that depict a wide-ranging view of water in Arizona.

Porter and Susan Craig, water policy analyst for the Kyl Center and the Blueprint project manager, said they got the idea for the tool after talking with local officials who often need to think regionally about water.

Porter told of one water official who carried around a hand-drawn map of her community’s water sources since she had no other resource available that provided a holistic view of where her city’s water came from.

Sensing the need for a technological tool that could provide both big-picture and deep-dive data on Arizona’s water, Porter and Craig began holding one-on-one meetings with water officials to determine what, exactly, they required.

Those meetings proved productive. “After almost every meeting, we left with a new use-case for the tool,” said Porter.

As Porter indicated, it isn’t just “water geeks” who have an abiding interest in Arizona water. 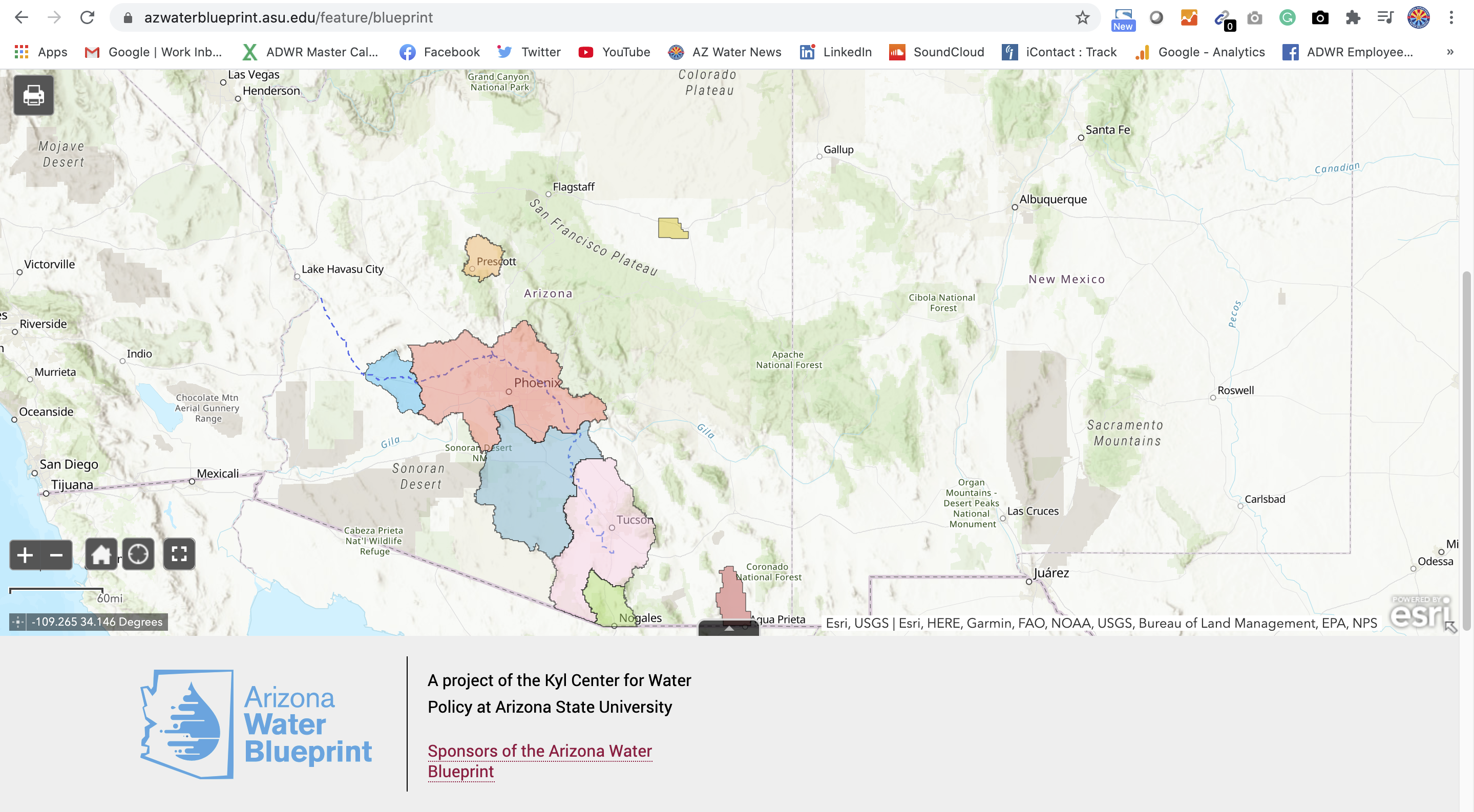 Polling on water issues conducted by the ASU Morrison Institute last summer found that water quality, in particular, was a high priority among Arizonans. Eighty percent of respondents said water quality was an important policy issue to them.

At the same time, very few respondents felt Arizona “has plenty of water to meet all of its needs for the foreseeable future.” Just 23 percent of them agreed, while 42 percent disagreed.

Susan Craig said she felt it was very important that the Blueprint be user-friendly for non-professionals looking to know more about water.

“One thing we’ve noticed (in creating the Blueprint) is that, unlike many other states, the data are publicly available. And that’s a big shout-out to ADWR.”

Sarah Porter and Susan Craig are scheduled to provide a seminar on the various uses of the Blueprint to ADWR staff in mid-August.