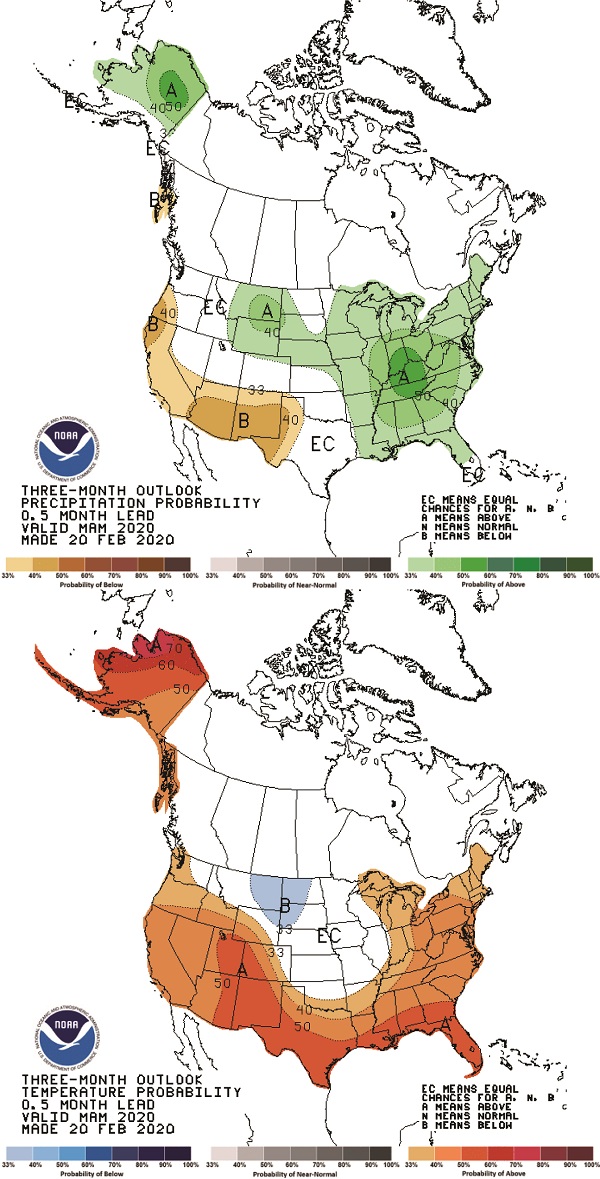 Last fall, the National Weather Service began noticing a pattern emerging in its modelling of the approaching winter in the Southwest. It wasn’t exactly a happy pattern.

Model runs by the agency were projecting a “snow and rain season” that would gradually dry out as the winter progressed.

“Unfortunately, this winter I’m not optimistic at all,” said Mark O’Malley, lead forecaster for the National Weather Service in Phoenix, at the November meeting of the Governor’s Drought Interagency Coordinating Group.

“We will see some rain,” he said at the time. “The (high-pressure) system will break down periodically. But it will be drier than average.”

The NWS modelling, said O’Malley, was depicting a “drier and drier” winter for California and Arizona.

If that strikes you as a remarkably fair analysis of how the Southwest’s winter has panned out thus far, then you’re not alone.

Northern California has seen record dry weather since the beginning of 2020. Meteorologists in Napa County, for one, reported earlier this month that the region was experiencing one of the driest Februarys on record.

Southern California, meanwhile, is dreading the return of the drought monster that plagued the region just a few years ago. 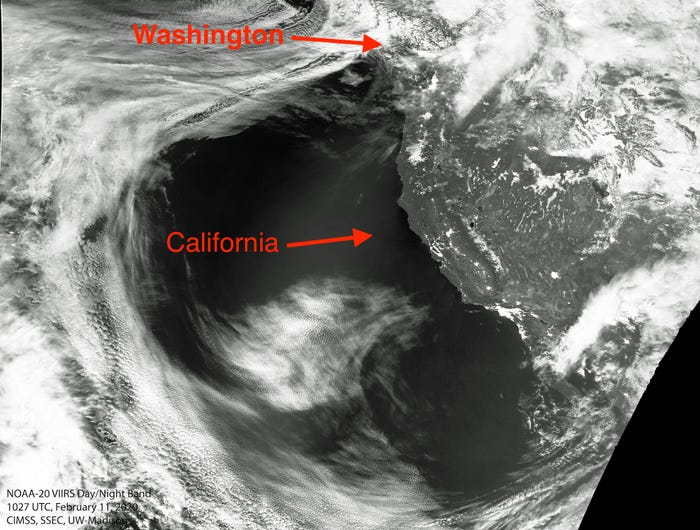 As reported by the National Weather Service, a persistent high-pressure ridge hovering over the eastern Pacific Ocean has kept wet weather at bay for much of January and early February. Until the rainy weekend of Feb. 22-23, Los Angeles had experienced just a trace of precipitation. That’s a far cry from the norm. Typically, downtown Los Angeles receives 6.92 inches of rain in January and February, according to the NWS.

As a result, California’s Sierra Nevada range – an important source of water for southern California – is experiencing below normal snowpack. And slightly less than 10 percent of that state, including the central and southern Sierra Nevada and adjacent areas of the Central Valley, was designated in mid-February as being in moderate drought. 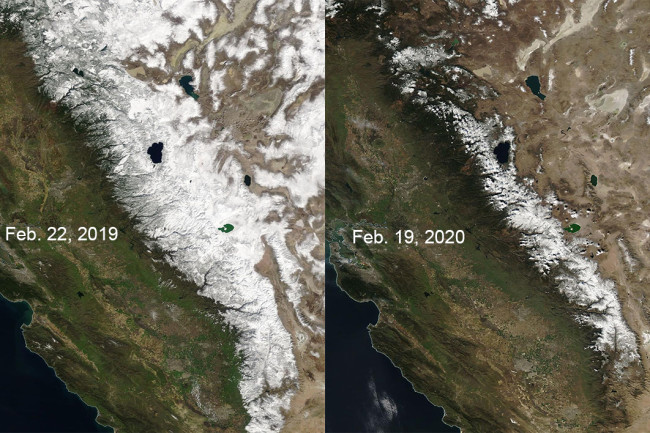 If all that sounds familiar, it should. In sync with southern California’s winter, Arizona experienced beneficial storm systems from the middle of November through December, then saw that pattern switch dramatically to a dry regime through January.

Similar to the Sierra Nevada experience, then, snowpack in Arizona’s mountains has fallen slightly below the seasonal norm.

“The combined Arizona readings are 81 percent of normal after the recent dry spell,” said O’Malley recently. “But (they) are sitting at 80 percent of the seasonal total even if we get no more snowfall.”

Not all the state’s water news is discouraging. Overall, he said, the winter season’s impacts on Arizona’s reservoirs “have been quite good so far this winter.”

“It looks like all volumes are at or above the same point (as) last year. Even though forecast model trends still suggest drier weather through the spring, even just one or two more storms could probably ensure a near normal snowfall and runoff season (for Arizona).” 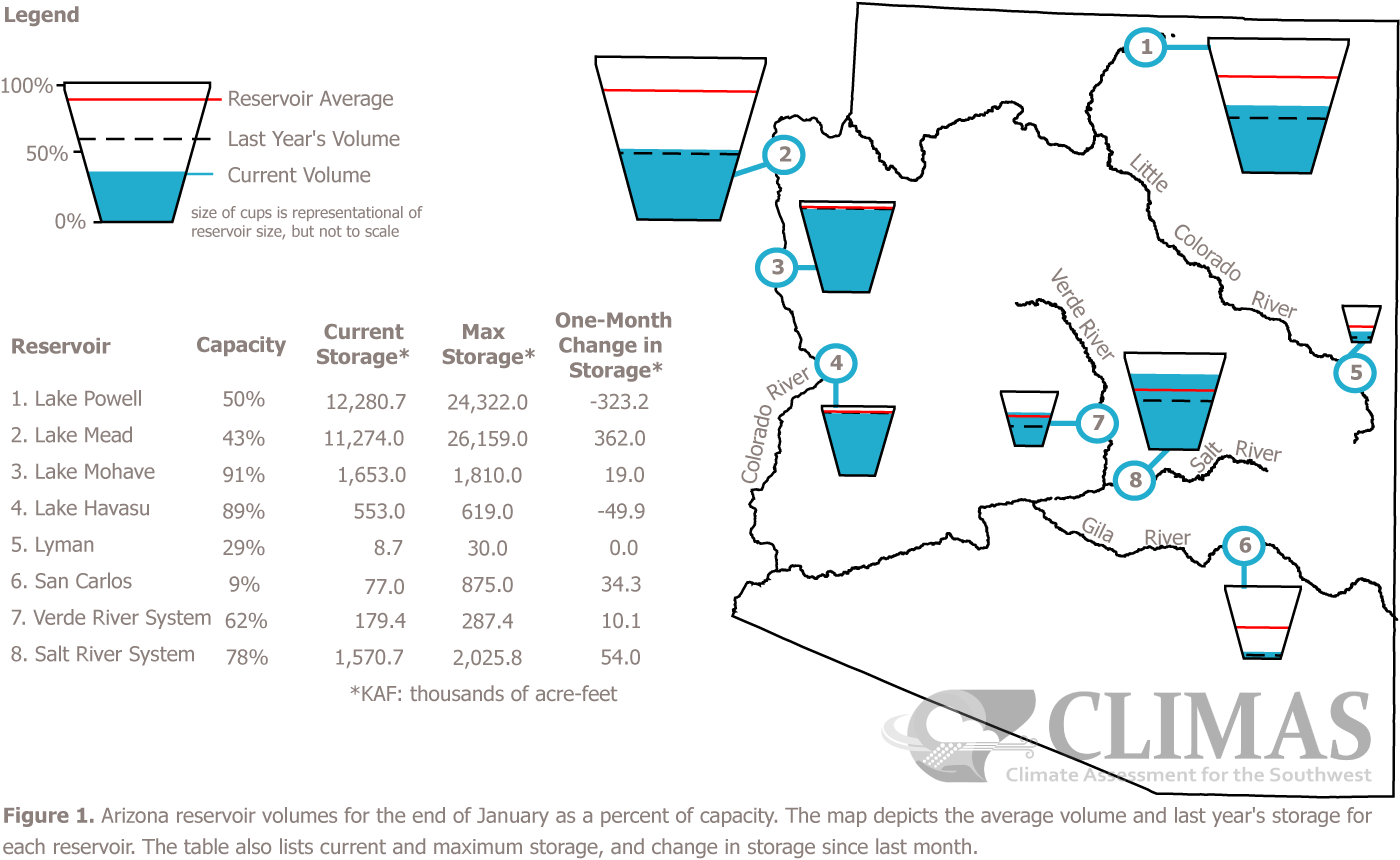