Each year, the State Bar of Arizona’s Environmental & Natural Resources Law Section bestows upon an Arizona attorney an award that reflects high achievement in the realm of environmental and water law. 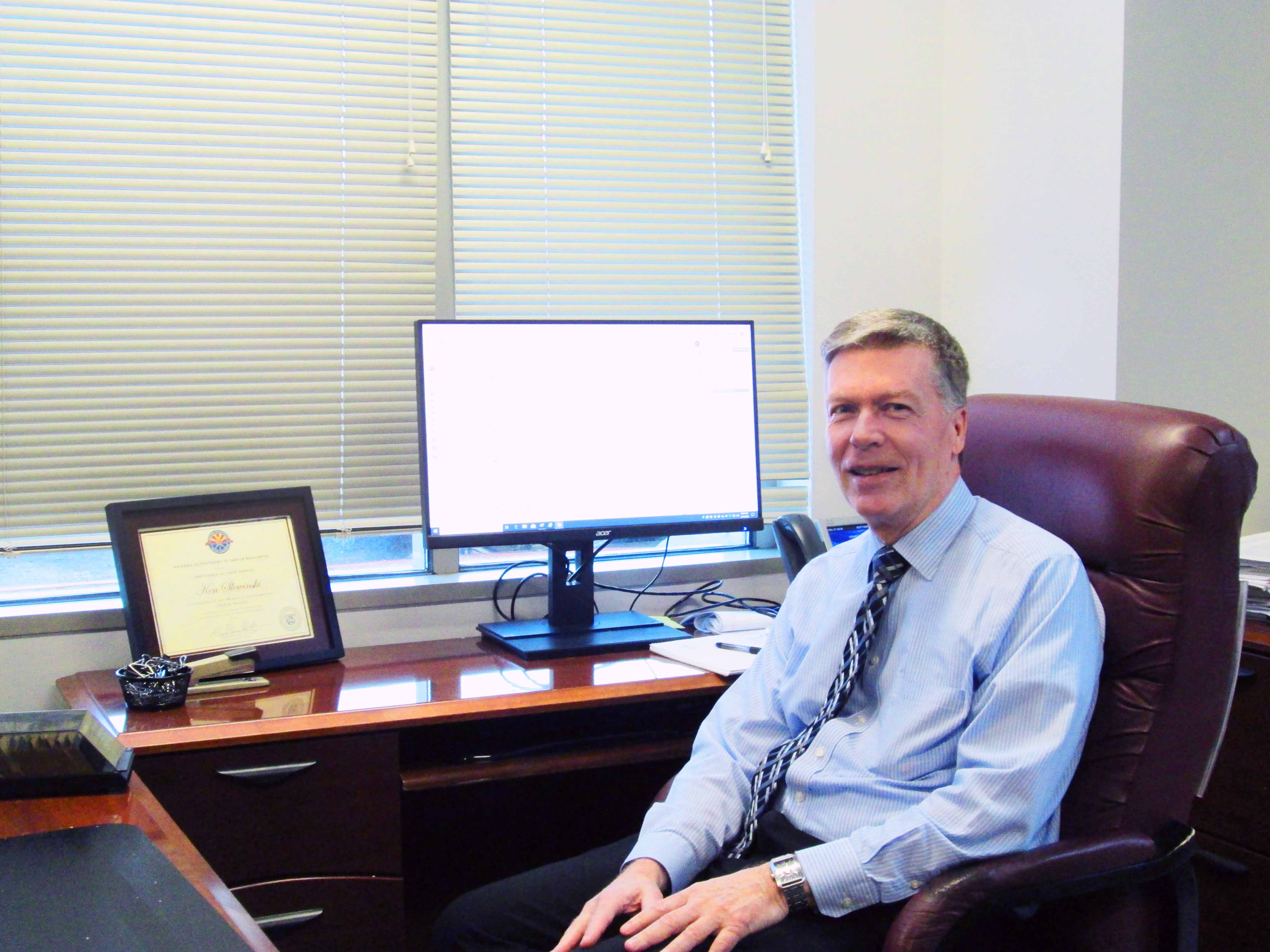 The award is named after Michael J. Brophy, a widely admired attorney who passed away unexpectedly in 2006. A nationally renowned water lawyer, Brophy was best known for his work in connection with negotiating and securing water-rights settlements for several Arizona tribes.

They could not have made a better choice.

According to the Bar, The Brophy Award “is presented to a lawyer who approaches personal and professional demands with honesty, integrity, courage, and compassion.” Chief Counsel Slowinski certainly checks that box.

Also according to the Bar, the award was created “to recognize a lawyer who thinks creatively about client issues and solutions – one who takes the long view, and keeps in mind the community of which we are all a part of.”

Check. And double-check. As an attorney whose clients are the water-consuming citizens of Arizona, Ken Slowinski consistently demonstrates his commitment to their best interests.

“For more than three decades, Ken has represented the Arizona Department of Water Resources,” wrote Slowinski’s colleagues in the ADWR legal department, who nominated him for the honor.

“For the last ten years, he has served as Chief Counsel for the Department. During that time, he has sought, above all, to act in the best interests of his client: the State of Arizona.”

In particular, they wrote, Ken taught the attorneys under his direction that “the law is not a zero-sum game and that it is worthwhile to take the extra steps to seek mutually acceptable solutions wherever possible.”

They called him “a true collaborator” who “always values the good of the whole.”

Even attorneys who identified themselves as Ken’s “adversaries” in the legal world hailed his professionalism.

In another letter supporting Ken’s nomination, attorney Carla A. Consoli noted that “Ken Slowinski’s positive impact on the natural, built and human environment will be felt for decades to come.”

Another former ADWR Director, Rita Maguire (herself a Michael Brophy Award winner), noted that Ken’s “steadfast leadership within ADWR” was instrumental in meeting the many challenges the State faced in implementing water-related law.

“Whether it concerned the Drought Contingency Plan, Assured Water Supply Program, rural water management, Indian water rights settlements or new management regimes for the Colorado River in the Lower Basin,” wrote Maguire, “Ken is a key player in developing workable, often creative solutions to the problems that must be solved.”

Previous award winners include Karen Gaylord, leader of the environmental practice at the Jennings Haug Cunningham firm; Jay Moyes, a leading figure in water and power policy development in Arizona and one of the co-founders of the Bar’s Environmental & Natural Resources Section.