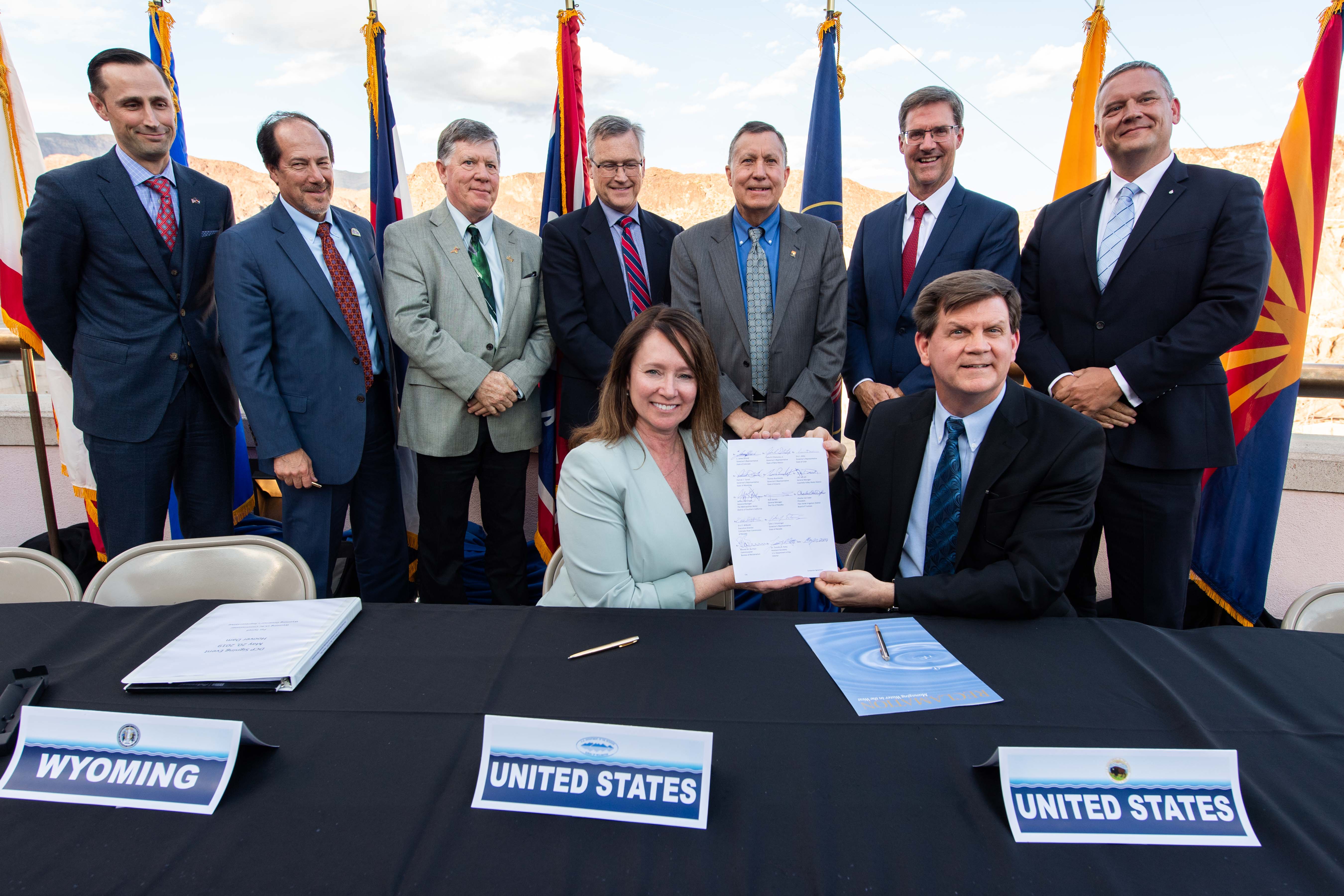 Water news in Arizona and the Southwest in 2019 certainly wasn’t limited entirely to the big signing of the Colorado River system-wide Drought Contingency Plan in May.

But an event triggered by Arizona legislation, which was hailed by Governor Ducey as “the most significant water legislation passed in nearly 40 years,” certainly dominated headlines for the early part of 2019.

On January 31, 2019, the Arizona Legislature passed – and Governor Ducey signed -- a measure allowing Arizona to join six other western states and the federal government in signing onto the DCP, an inter-state water agreement designed to help stabilize the drought-wracked Colorado River system.

On May 20, Director Buschatzke was able to do just that on the sun-washed observation deck of Hoover Dam.

At the time he observed that “it is not easy to find ways to leave water in the river in the face of growing populations and thriving economies that demand access to more water” and that, likewise, “it is not easy to achieve that outcome while respecting the unique rights of each State, various Tribes and [the Republic of] Mexico to Colorado River water.”

The enormous, international significance of the DCP signing actually obscured an agreement that, for Arizona, was just as monumental as signing the DCP itself: the successful intra-Arizona effort to gain consensus on how to share the burden of any DCP-related cutbacks in water deliveries.

The success of the statewide coalition of water users known as the “Steering Committee” was led by Director Buschatzke and Central Arizona Project General Manager Ted Cooke. Lacking that agreement among Arizona water-users to “share the pain,” a system-wide DCP agreement may not have been possible.

The system-wide agreement sets the table for challenging negotiations over a new set of Colorado River operational guidelines, which expire in 2026.

Arizonans recognized the significance of the accomplishment on behalf of a critical source of water for the state, the Colorado River.

In June, the Arizona Chamber of Commerce and Industry presented its Transformational Initiative Award for 2019 to Director Buschatzke and General Manager Cooke for leading the successful effort to win support for the Drought Contingency Plan in Arizona.

At a black-tie gala at the Arizona Biltmore Resort on Sept. 21, Arizona Forward -- one of the State’s leaders in promoting quality of life issues and sustainability – presented the “Governor’s Award for Arizona’s Future” to the Steering Committee’s co-chairs, Director Buschatzke and General Manager Cooke.

In a similar spirit, the Arizona Republic at year’s end announced the two leaders as their choices for “Arizonans of the Year,” an award bestowed in recent years on luminaries such as U.S. Sen. Kyrsten Sinema, former U.S. Sen. Jon Kyl, Governor Ducey and Arizona State University President Michael Crow.

There were other big water developments in 2019. 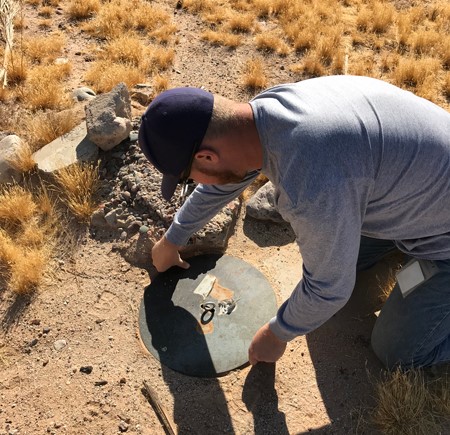 The model results found that, looking out 100 years, there is insufficient groundwater in the Pinal Active Management Area to support all existing uses and issued assured water supply determinations. As a result of those findings, a Pinal-area stakeholder group formed to analyze potential ways to address the area’s challenges. ADWR is providing technical expertise for the panel.

In one of the Department’s proudest success stories of the year, ADWR personnel took it on themselves to organize an “Open Well Capping Workgroup” following a news report about a western Maricopa County man falling into an open mine. Open wells, they concluded, could pose nearly as much of a hazard as open mines.

In cooperation with the Arizona Department of Corrections – Arizona Correctional Industries, the Workgroup has at least temporarily capped virtually all open wells identified as such around the state

Overall, 2019 was certainly a year to remember. It was a prime example of how a lot can happen in a short period of time. But there's still more work to be done.