Spreading the word on the Arizona Water Blueprint

Spreading the word on the Arizona Water Blueprint

Spreading the word on the Arizona Water Blueprint
Published: August 13, 2020 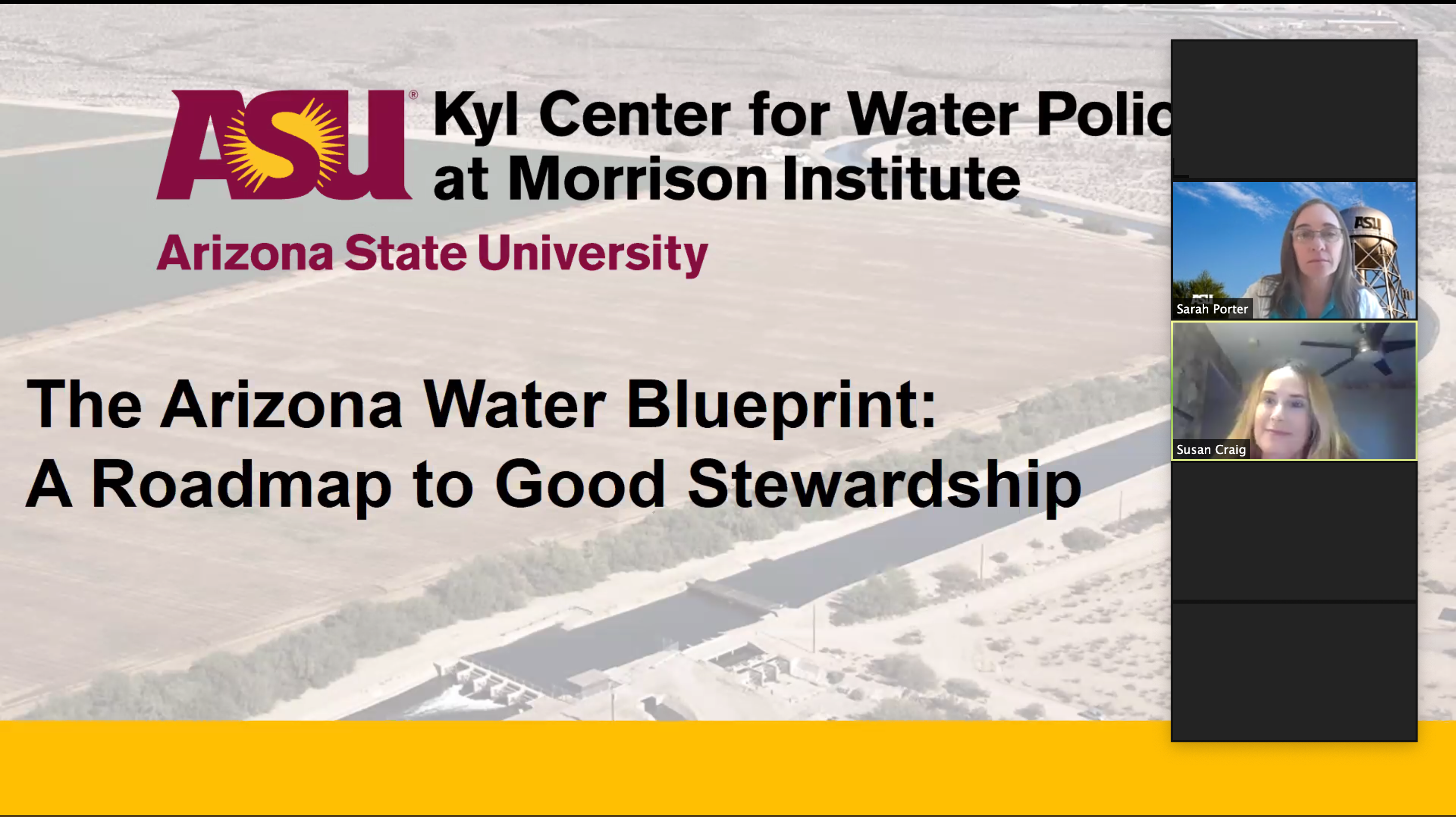 To appreciate how useful the “Arizona Water Blueprint” may be someday to Arizonans interested in their water supplies (in short, all of them), let’s consider the demise of the slide rule.

Though invented in the 17th century, usage of the slide rule really took off with the advent of the Industrial Revolution. It served for nearly 100 years as the principle calculating devise for engineers, scientists and navigators.

For 19th to mid-20th century math nerds, it was a special tool. In the right hands, it could quickly perform complex functions like sine and logarithms in addition to standard multiplication and division. But it had a big drawback: only math nerds could figure out how to use it.

Then, along came the pocket calculator. 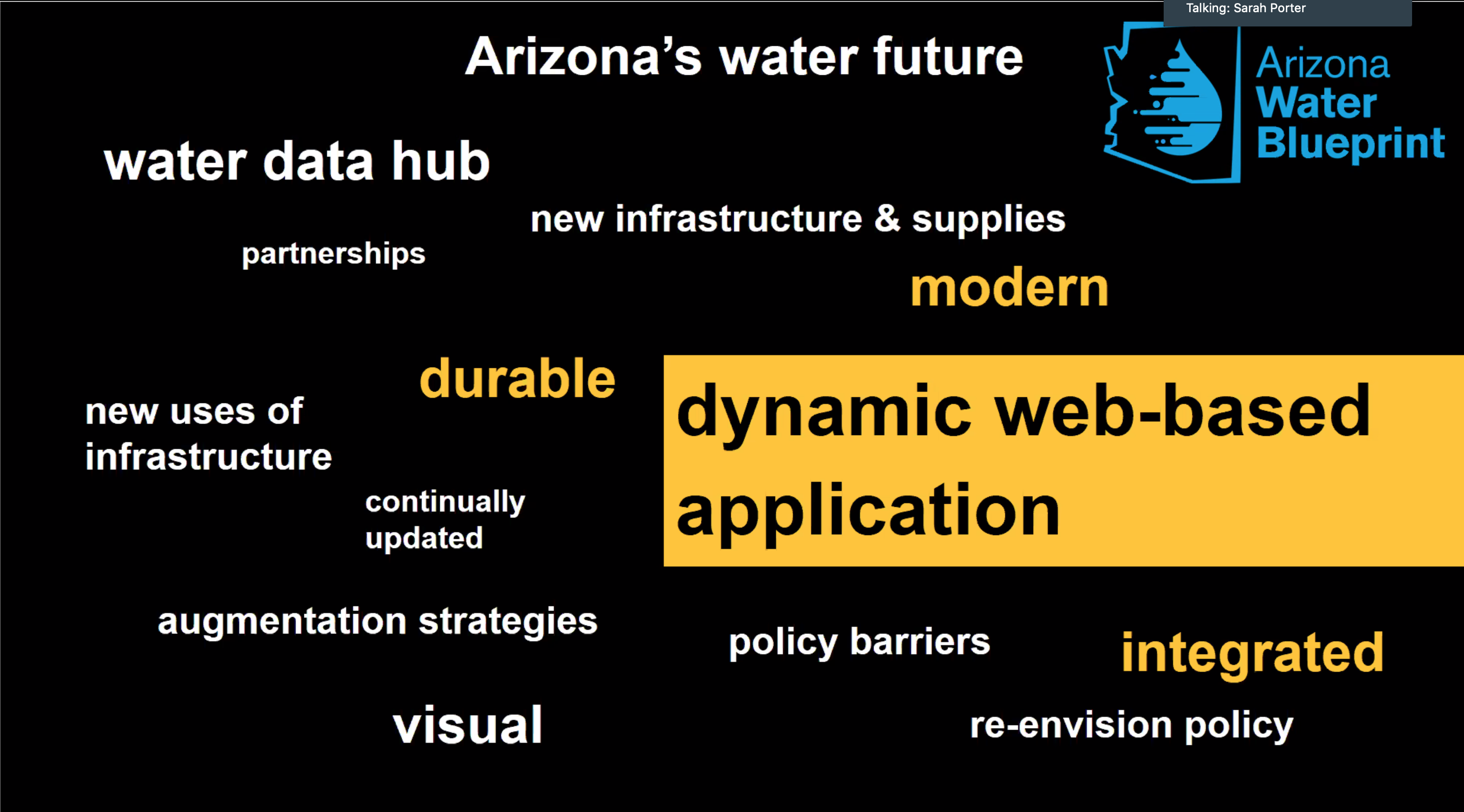 Calculators produced by the early 1970s could arrive at calculations far faster than the most experienced engineers working a slide rule. Their popularity grew when newer types also provided the possibility to reduce and solve nearly any equations, integrals or differential equations – functions largely beyond the capacity of a slide rule.

Plus, they could fit in your shirt pocket. In many respects, they democratized math.

So it may be soon with the Arizona Water Blueprint, which illustrates and simplifies the complexities of Arizona’s water supplies in ways that few tools previously available could.

“Democratizing” water knowledge certainly is the goal of its designers, who conducted a seminar this week on its many uses for Arizona Department of Water Resources staff.

“We want to make sure that anybody who wants to use the Blueprint can get an idea of water resources in a given area with it,” said Susan Craig, water-policy analyst for Arizona State University’s Kyl Center for Water Policy at the Morrison Institute. 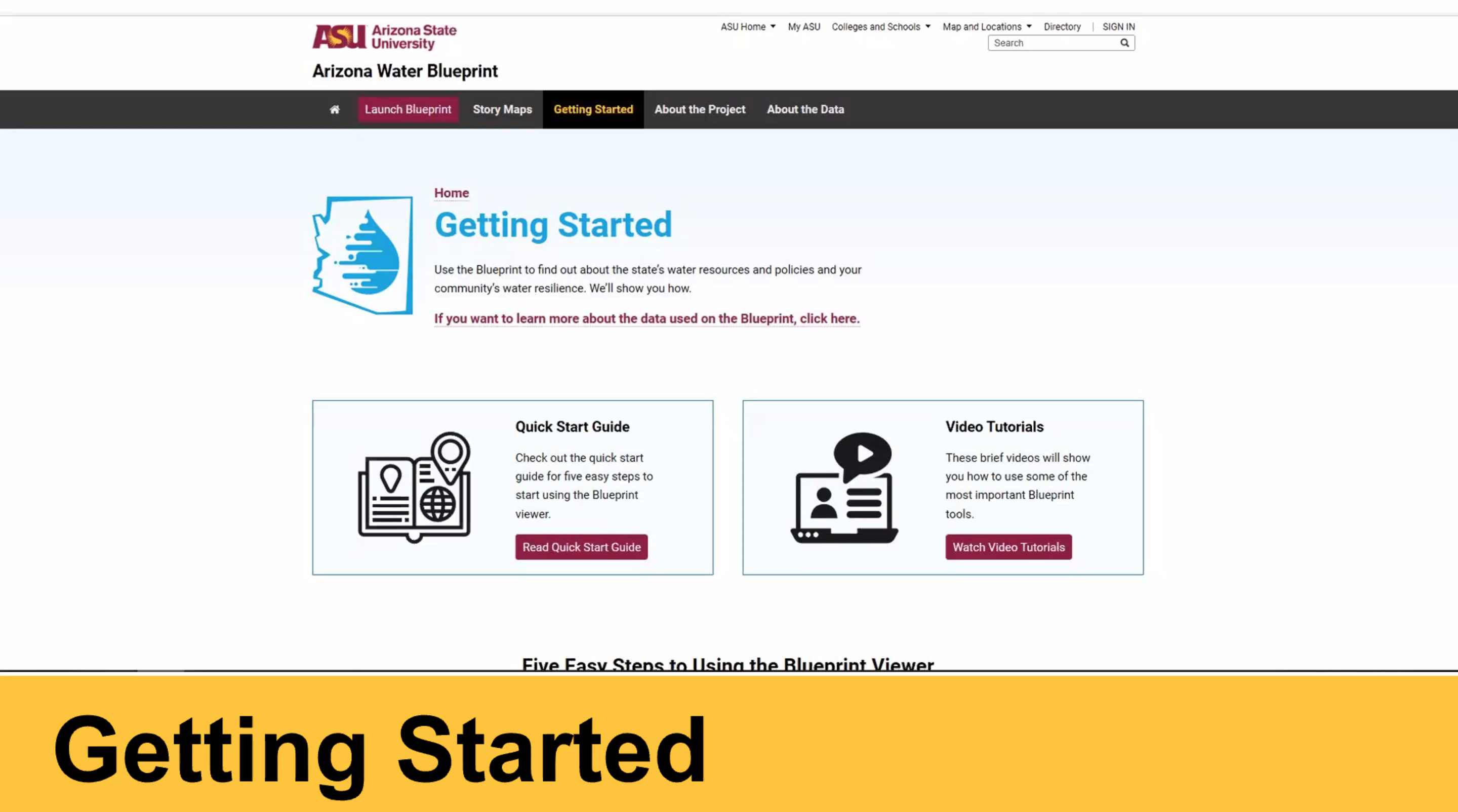 “One of the things we’re working on is to make it useful to someone who just picks it up and wants to know something about water.”

As Kyl Center Director Sarah Porter observed, everyone in Arizona has an abiding interest in understanding the nature, availability and condition of their water supplies. It’s not just for “water geeks.”

Statewide polling conducted by the Morrison Institute in 2019 “found a great interest among the public to know more about the state’s water resources,” said Porter. 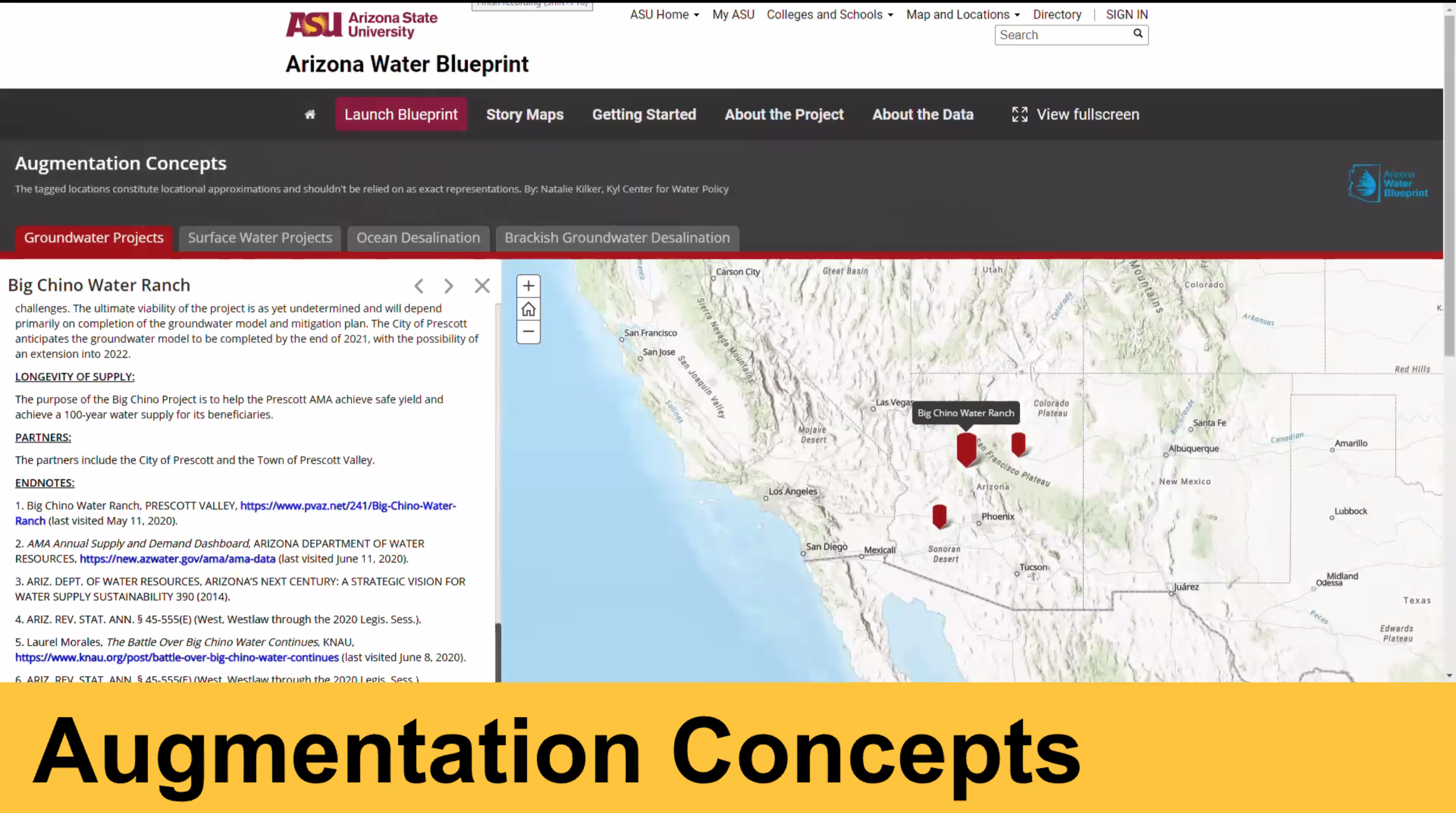 The Blueprint will be updated regularly, which its designers consider to be a key to the tool’s value. They also are expanding the Blueprint’s subject matter. The launch of a section on the resilience of municipal water supplies is expected soon.

“We’re hoping this (“municipal resilience”) information will be a good community tool for city councils in explaining how resilient their city’s water resources are,” said Sierra Apillanes, an ASU graduate assistant working on the project.

Municipal “scorecards” are scheduled to be released and incorporated into the Blueprint this fall. 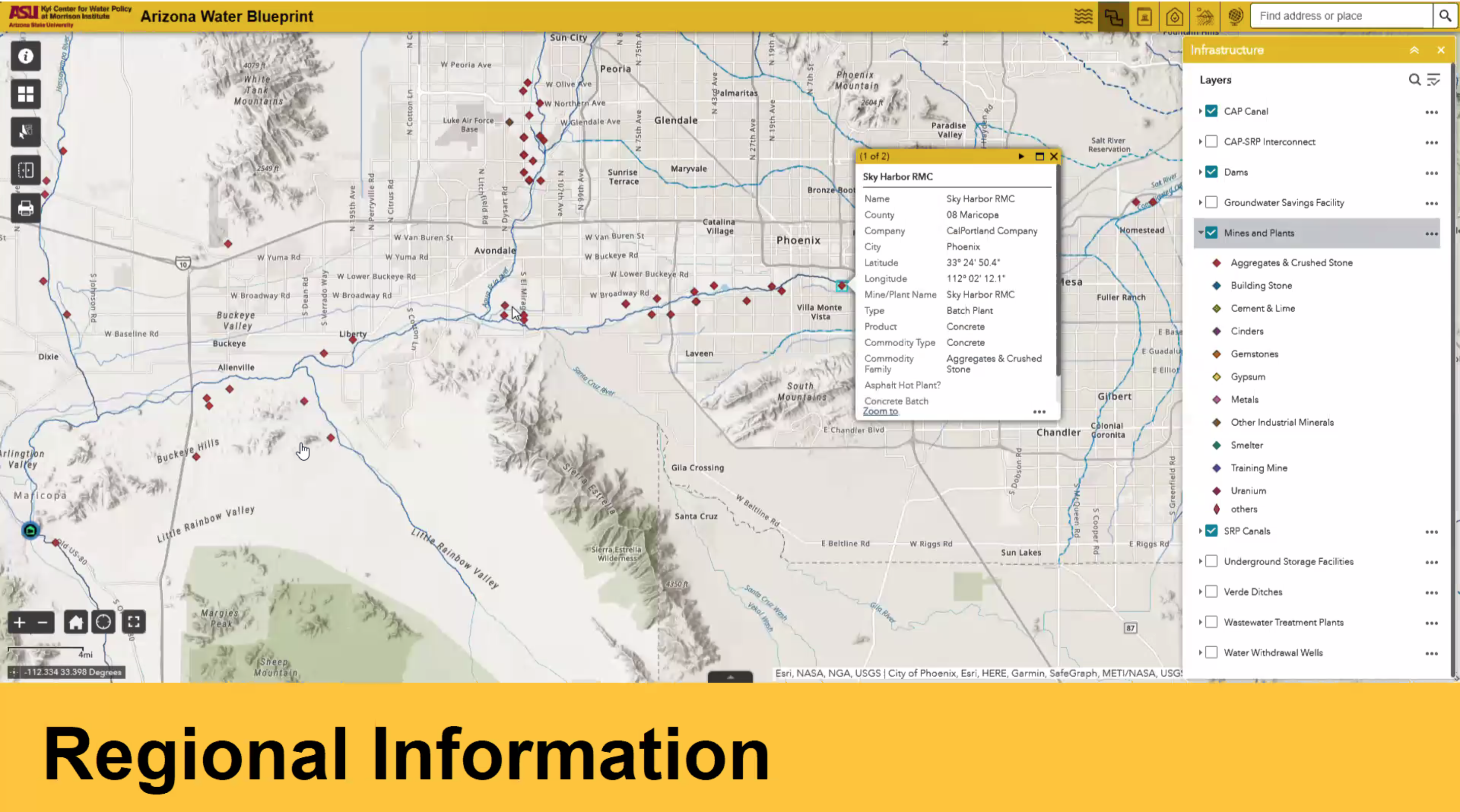 “We work with each (municipal) water provider and publicly available data to score five categories of water resilience,” said Porter.

They include “capacity to meet current demand into the future; capacity to meet projected demand at build-out; system management; contingency planning and water consciousness.”