Traditional in-person meetings have become extremely rare as the world struggles with the COVID-19 virus. But the business conducted in those meetings still must get done, especially when it involves matters as essential as working to assure the security of Arizona’s water supplies.

The work of the Governor’s Water Augmentation, Innovation and Conservation Council has continued, like so many other organizations, via an online meeting of the Council on Dec. 1.

With Chair Tom Buschatzke, Director of the Arizona Department of Water Resources, presiding, the Council reviewed the work to date of its committees.

They include the Post-2025 Active Management Areas Committee, which is examining how groundwater in Arizona’s five AMAs will be managed after the fifth and final Management Period ends in 2025; the Long-term Water Augmentation Committee, which is investigating long-term water augmentation strategies, additional water conservation opportunities, funding and infrastructure needs to help secure water supplies; the Non-AMA Groundwater Committee, which looks at groundwater issues outside the AMAs; and the Desalination Committee, formed to evaluate the feasibility of developing additional desalination projects to augment water supplies in Arizona. 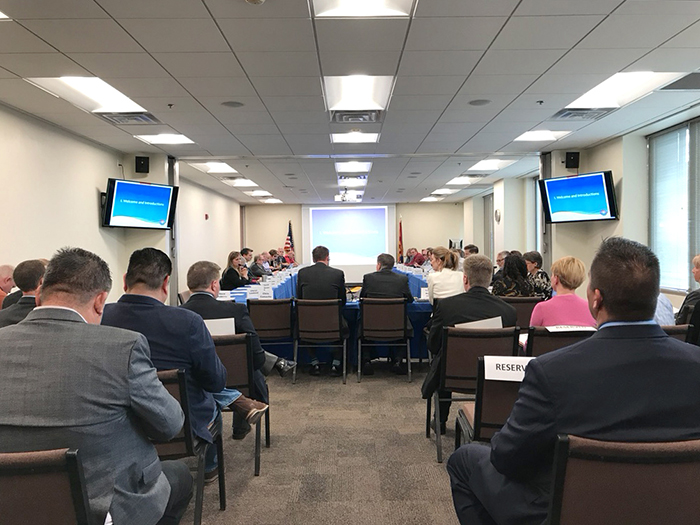 The focus of the Council’s Dec. 1 meeting, however, was a report on a water-conservation grant project that had been authorized by the Legislature, and signed by Gov. Doug Ducey, as part of Arizona’s Drought Contingency Plan legislation on Jan. 31, 2019.

The legislation signed by the Governor that day – Senate Bill 1227 – provided the legislative authority for Arizona to sign the DCP, along with the other six Colorado River States, to help protect the integrity of the vital Colorado River system.

But the legislation also appropriated $2 million to support groundwater conservation projects in each of Arizona’s five AMAs – the Prescott AMA, the Phoenix AMA, the Tucson AMA, the Pinal AMA and the Santa Cruz AMA.

At the meeting, ADWR’s Water Management Assistance Program Coordinator Melissa Sikes laid out for the Council how the program was designed, rolled out, and grants awarded in less than two years.

The programs awarded the grant funding were required to meet certain criteria, among them:

The grant application process kicked off Dec. 2, 2019, less than a year after the program was authorized. Following a thorough evaluation process – conducted almost entirely online – ADWR Director Buschatzke made his decisions on the selected projects and those grantees were announced Oct. 20, 2020.

Program Coordinator Sikes told the Council that awardees had to identify “a clear statement of purpose, goals, methodology and a list of deliverables.” Among the most important criteria evaluated was whether groundwater would be conserved by the project and/or how many people would the project impact.