Roberto Salmon, Mexican Commissioner, steps down from Mexican Section of the IBWC

Roberto Salmon, Mexican Commissioner, steps down from Mexican Section of the IBWC 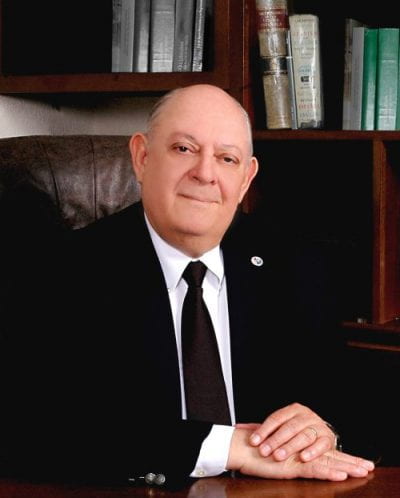 After 11 years of service on the Mexico-United States International Boundary and Water Commission, Roberto Salmón Castelo has stepped down from his position as Mexican Commissioner.

A graduate of the University of Arizona with a master of science degree in agricultural economics, Salmón was appointed to the position of Mexico IBWC Commissioner on April 15, 2009.

In his time with the Commission, which has the responsibility for applying the boundary and water treaties between the United States and Mexico, the two nations have taken huge steps forward in assuring that commitments to the primary binational water agreement in the Southwest – the 1944 Mexico-U.S. Water Treaty – were faithfully upheld.

“He was visionary and worked to find benefits to both countries on international projects.   I wish him well in his future endeavors.”

Thanks to a minute to the Treaty backed by Salmón in 2010, Arizona and the other Basin States were able to participate in binational discussions on Colorado River matters. Arizona Department of Water Resources Director Tom Buschatzke observed that the personal relationships that developed from those discussions helped pave the way for future binational agreement.

“Commissioner Salmón recognized the value of personal relationships and worked to develop trust among colleagues on both sides of the border,” recalled Buschatzke.

“That work was a key component in successfully negotiating the minutes and managing the Colorado River.” 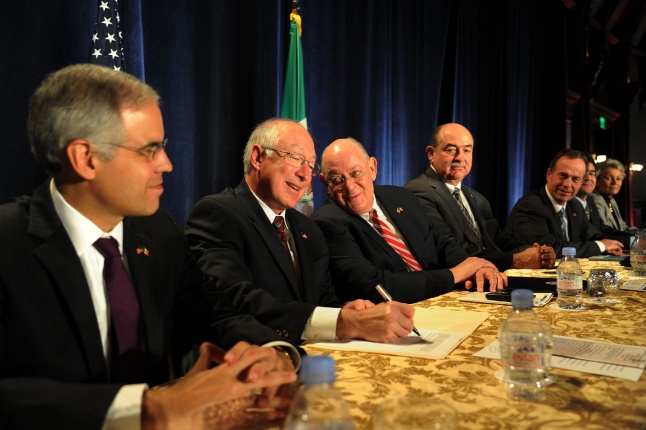 In November 2012, Salmón joined in San Diego with U.S. Secretary of the Interior Ken Salazar and other representatives of both countries at an official signing ceremony of Minute 319 to the 1944 Treaty. The ceremony capped three years of work to reach an agreement on a set of cooperative measures for management of the Colorado River system lasting through 2017.

Commissioner Salmón observed at the time that the agreement paved the way for cooperation that can “guarantee sustainability” in the border region, particularly on future water supply for Mexican border communities.

Salmón again was on hand at the U.S. “entry into force” event in September 2017 in Santa Fe, which constituted the final flourish of the intense binational negotiations over Minute 323, the successor update to Minute 319.

Like Minute 319, the new Minute 323 provides for the U.S. and Mexico to share proportionately in Lower Basin shortage and surplus, and allows Mexico to create water savings in the Colorado River system in the U.S.

The updated agreement also opened up opportunities for U.S. water users to fund conservation programs in Mexico, which in turn create “Intentionally Created Surplus,” or ICS, in Lake Mead. ICS is playing an important role in helping to keep the reservoir from descending to dangerously unstable surface levels.

Salmón’s work on the Commission extended to developments that directly impacted Arizona’s capacity to express its interests in Colorado River matters.

In 2010, he participated in treaty negotiations that produced Minute 317, known as the “Conceptual Framework for U.S. Mexico Discussions on Colorado River Cooperative Actions.” It established a binational process for coordination on Colorado River matters and expressly called for Basin State participation.

Also in 2010, Salmón negotiated with his U.S. counterparts on the enactment of Minute 318, which called for the creation of deferred water deliveries to Mexico after infrastructure damage caused by the 2010 Mexicali earthquake. 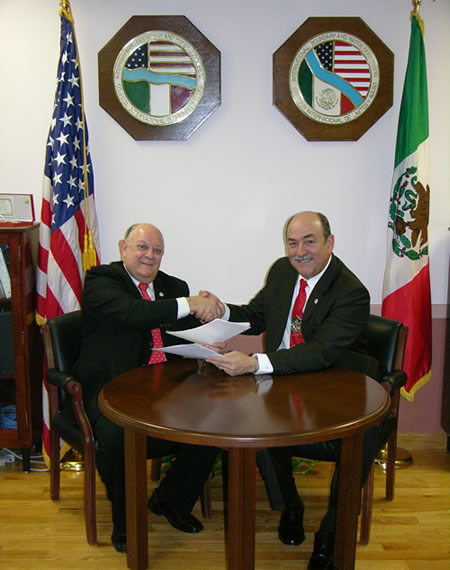 Minute 318 allowed Mexico to implement a form of its own ICS, then called “deferred deliveries.” Because Mexico could not beneficially use water as a result of extensive earthquake damage, the water was saved in Lake Mead for Mexico to use in future years.

In an interview with the University of Arizona Water Resources Research Center published shortly after his appointment to the Commission in 2009, Salmón hailed the level of cooperation on water issues between the U.S. and Mexico, particularly through the IBWC.

“Although there have been rough times in the relationship, the IBWC has been able to succeed, to the beneﬁt of both countries,” he said.

“(T)here is an accumulated knowledge and methodologies developed for dealing with delicate issues that have worked in the past, and still work in the present.”

Salmón replaced Arturo Herrera who died in a plane crash in late 2008 along with his U.S. counterpart, Carlos Marin, while ﬂying over ﬂooded areas near Ojinaga, Mexico.

Salmón’s experience in water and agriculture is extensive.

Prior to assuming his position with the Commission, he served as Northwest Regional Manager of Mexico’s National Water Commission (Comisión Nacional del Agua), known as CONAGUA, and covering the state of  Sonora and part of  the state of  Chihuahua where the Yaqui and Mayo river basins originate.

His duties with CONAGUA were sweeping. The federal institution deals with all aspects of water in Mexico. Among its many missions, CONAGUA administers water rights, and constructs, manages, operates and maintains reservoirs throughout the country. CONAGUA also manages irrigation districts and units.

The organization also is involved in the extensive negotiations occurring among the many stakeholders and interest groups in Mexico concerned with water issues – tasks that, in later years, would provide great preparation for Salmón’s duties with the Commission.