It is a reality that flawed humanity can never escape: No matter how hard we try or how carefully we plan, no matter how good our intentions, unintended consequences always come back to bite us. 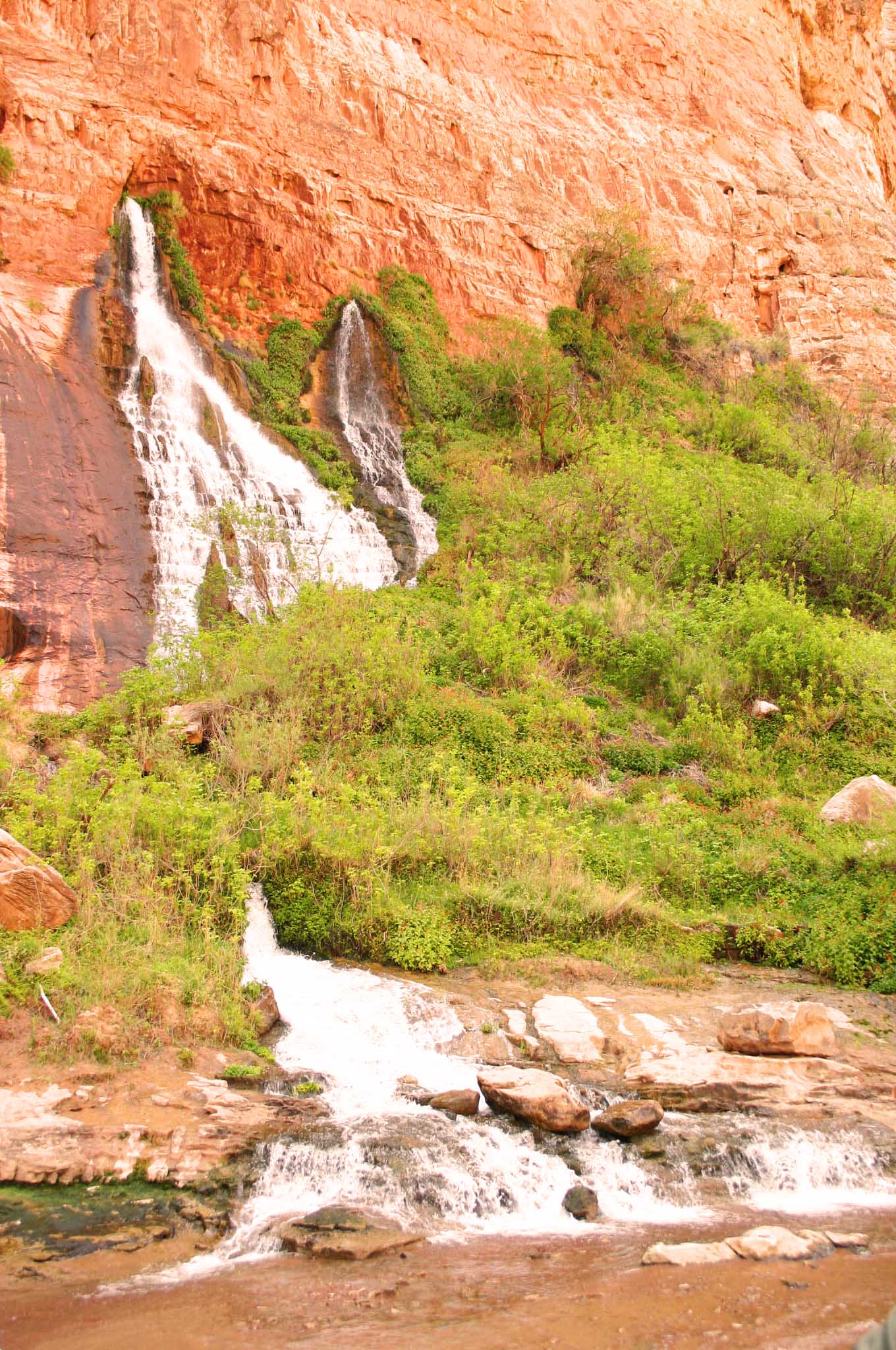 It may prove to be just a nip on the heel. On balance, the good outcomes may far outweigh the bad consequences. But almost nothing turns out perfectly as planned.

Just ask the Kanab ambersnail,whose little swath of paradise in the Grand Canyon (a spring-fed idyll known as Vasey’s Paradise) was disrupted suddenly in 1996 when high-volume water-flow events from Glen Canyon Dam began scouring the canyon.

In many respects, it worked. Eroded sandbars downstream from the dam were rebuilt under the force of the high-volume flows. Habitat for native fish species, as well as for the bug populations on which they feed, increased.

The system has required constant adjustment. Early releases made habitat more cozy for non-native fish than for natives like the humpback chub. But, overall, the “High-Flow Experiment,” as the project is known, is doing its job. 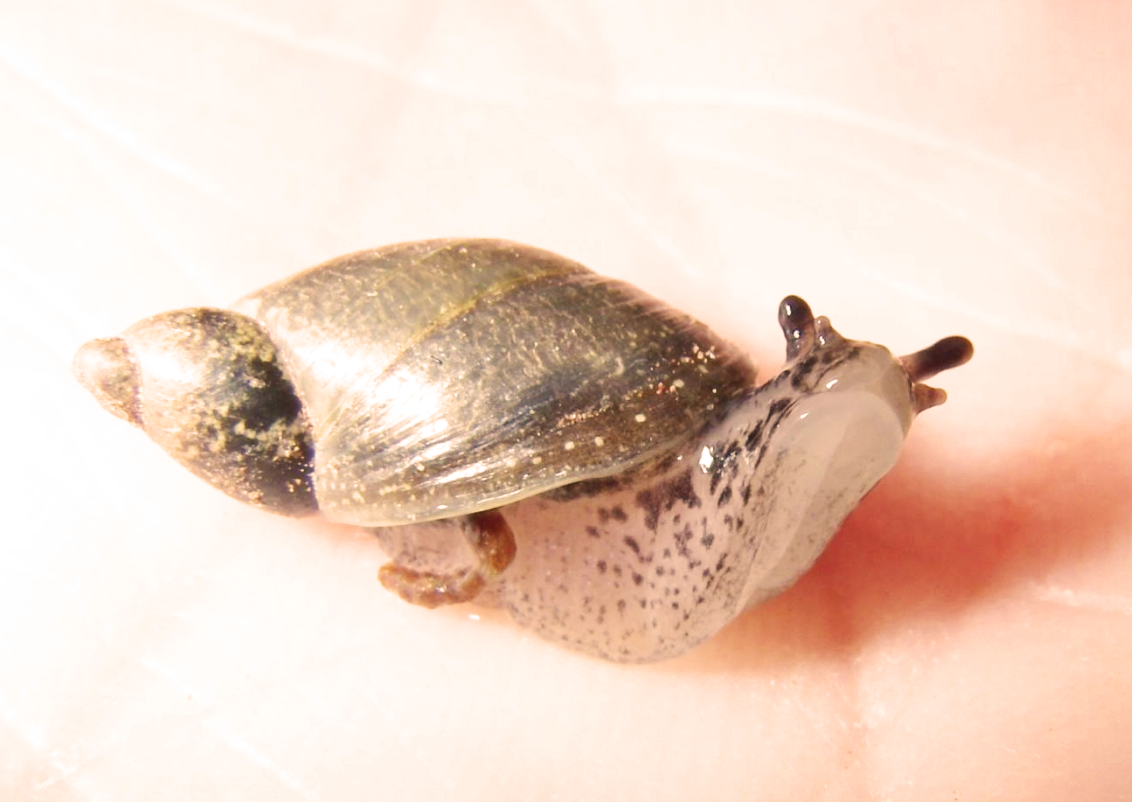 But not, alas, for the poor Kanab ambersnail. Not at first, anyway.

A thumbnail-sized snail subspecies (Oxyloma haydeni kanabensis), the Kanab ambersnail population at Vasey’s Paradise was identified as endangered just a few years prior to the commencement of the high-volume flows. Originally described in 1908, it was the first Arizona snail to be added to the federal endangered species list.

For a wee beastie whose only known populations at the time were at Vasey’s Paradise and a marshy location near Three Lakes, Utah, that was being threatened by development, things weren’t looking good.

As a result, the U.S. Fish and Wildlife Service emergency listed the ambersnail as endangered in 1991. In partnership with the Arizona Game and Fish Department, it has been carefully monitoring its habitat, counting its numbers and reassessing the agency’s recovery plan ever since.

Although the ambersnail was listed as endangered, it was because of its low number of populations (only two remaining in 1991), not because of habitat loss in Arizona. That changed, however, in 1996 when the high-volume flows would begin playing havoc with its canyon habitat.

“Initially from the ’96 flood we did see a big chunk of the habitat at Vasey’s disappear,” said Jeff Sorensen, an invertebrate biologist who was hired by Arizona Game and Fish as the lead for the Kanab ambersnail project. An estimated 14 percent of the creature’s habitat was scoured away in that first high-flow event.

During high flows in 2004 and 2008, the ambersnail’s habitat also suffered, but not nearly as much. Sorensen and his colleagues identified where the high flows would hit hardest near the best ambersnail habitat and took action to mitigate the impact to that population.

Prior to the scheduled flows, they marked off some of the prime real estate for the snails, and laid down a dozen or so plastic bread-delivery pallets, lined them with wet burlap and moved clumps of vegetation such as monkeyflower onto the burlap. They then moved the “salvaged” habitats higher up toward the nearby spring feeding Vasey’s Paradise and away from the scouring effects of the high flows.

“It actually worked really well,” said Sorensen. “After the high flow had receded, we were able to go back and put that habitat right back where it belonged because we had marked each one of those pallets in a grid.”

“It recovered really fast. After 2008, the habitat recovered within about six months.” Habitat recovery after the 1996 high flow took over two years without this type of mitigation.

In 1998, Arizona Game and Fish began translocating Vasey’s Paradise Kanab ambersnails to Upper Elves Canyon in the Grand Canyon – a move that has produced a viable ambersnail population to this day.

Not all the news is good for the ambersnail, however. The loss of spring flow prompted by over 20 years of drought along the Colorado River system has dried up much of the ambersnail’s canyon habitat. Still, the drought impact has been lessened by the near-annual frequency of the high-flow events now, which has reset the snail habitat at a higher elevation at Vasey’s Paradise.

Game and Fish has taken a leadership role in the management of the species for over two decades now, taking an active role in monitoring its condition.

“This taxon group – these snails – they’re survivors,” said Sorensen, who noted that snails are one of the few groups of animals to have survived numerous extinction events since the late Cambrian period, half a billion years ago.