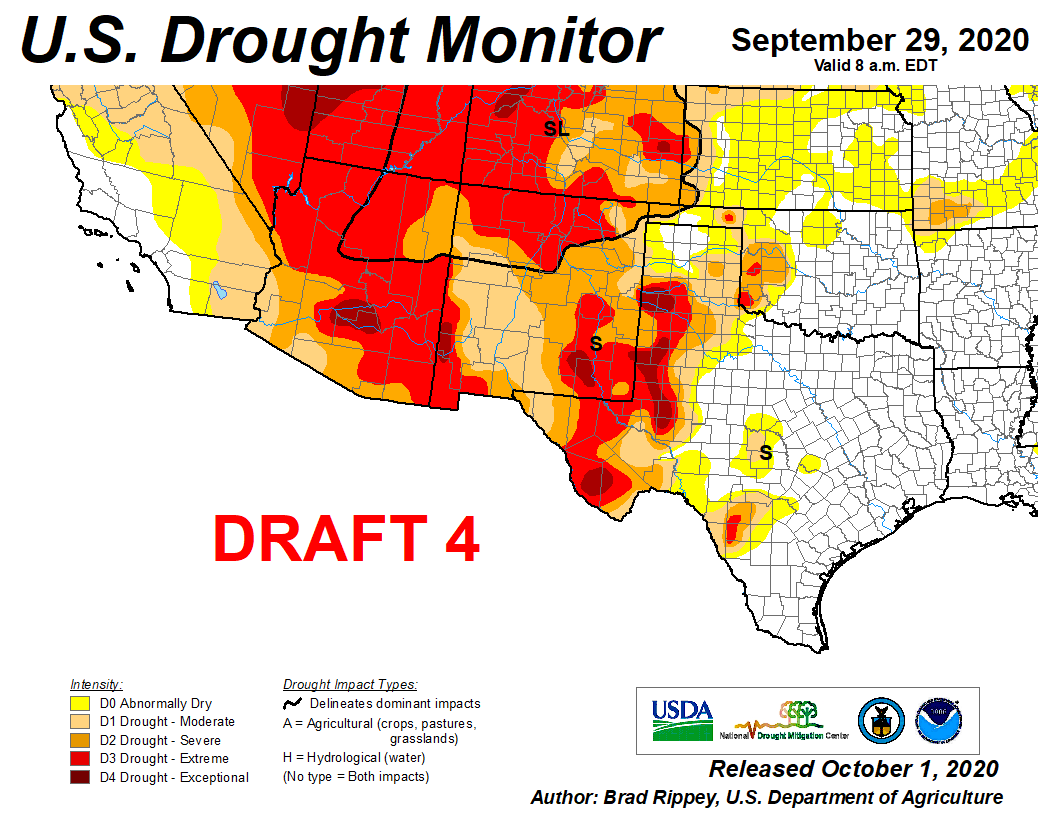 The jet stream position that is now ushering gales of hot, dry air right where it is needed least – into drought-wracked northern California – is not a particularly unusual feature at this time of year.

What is unusual, to the point of breaking records for moisture-sapping, bone-dry heat, are two of this system’s features: Its unprecedented summer-into-autumn persistence and, the record-setting strength of the high-pressure system this late in the year.

“The actual pattern itself is not that unusual for September, and actually somewhat common. However, the prolonged nature of how long these features have remained in place has been unusual,” explained National Weather Service meteorologist Mark O’Malley.

California and other areas of the West are enduring massive-scale fires driven by dry winds funneled by a jet-stream position that is “stuck” between a sprawling high pressure over the entire western U.S. and low pressure in the northern States.

As of the end of September, catastrophic fire has set records. Nearly six million acres, mostly in California, have gone up in smoke.

As O’Malley and other meteorologists have reported throughout the recently concluded “non-soon” – the Southwest’s summer monsoon season that never was – the on-going high-pressure phenomenon is largely responsible for the dearth of summer thunderstorm activity. Exactly why the high-pressure storm wall stayed in place throughout the summer months, however, remains anyone’s guess.

“There's not much to deduce as to why the subtropical high pressure stayed locked over southern Arizona much of the summer and trapped the better moisture profiles into Mexico this year,” added O’Malley. 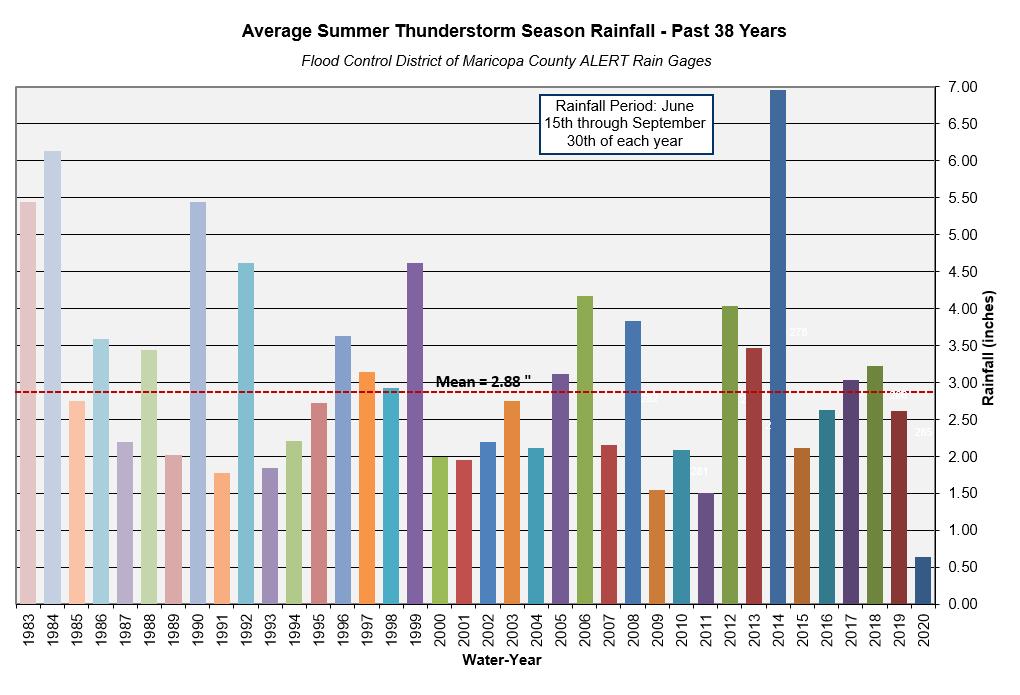 In early September, several measuring stations across the West measured the height of a key pressure level -- 500 millibars -- at an unusually great height: approximately six kilometers about surface level

(As described by the National Geographic Resource Library, an “atmosphere” is a unit of measurement equal to the average air pressure at sea level at a temperature of 59 degrees Fahrenheit. One atmosphere is 1,013 millibars. The “height of the key pressure” of 500 millibars (mb), roughly half of that typical air pressure at surface level, represents the height of an existing high-pressure system.)

The six-kilometer height of the 500 mb pressure level now hovering over the Southwest would be considered high any time of the year, said O’Malley. But it previously had only been measured in June, July, and early August.

“Never had this type of measurement been recorded in September,” O’Malley observed.

The chart below, created by the Flagstaff office of the National Weather Service, charts the impact of the 2020 “non-soon” on some of the State’s small communities: 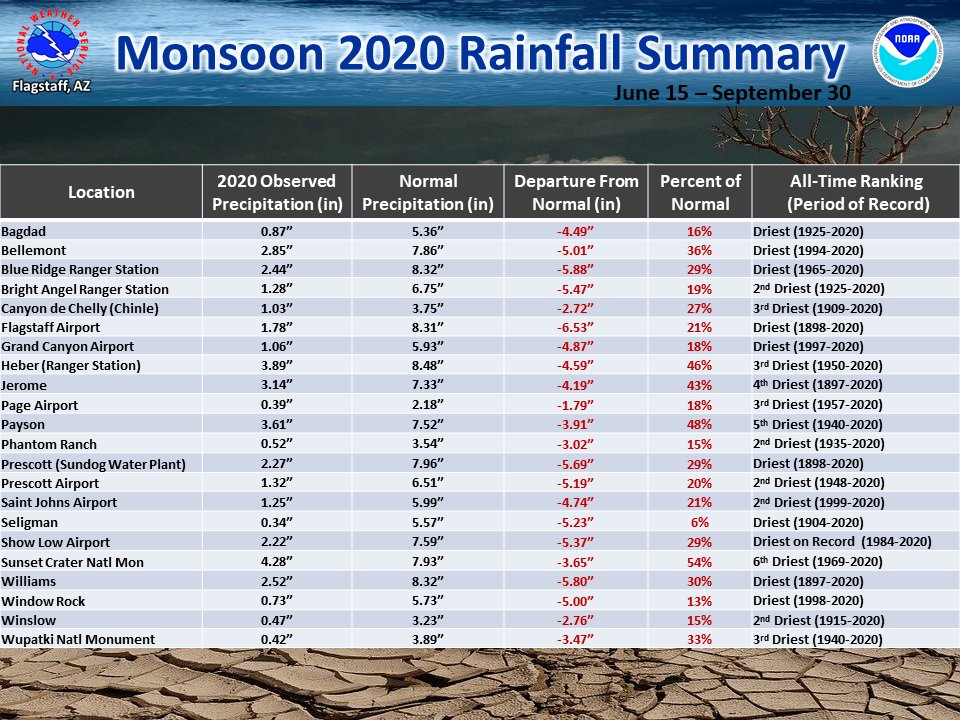