Support in Congress for the Colorado River Drought Contingency Plans took a big step forward on Thursday when lawmakers on a key House subcommittee expressed bipartisan – and, in many cases, enthusiastic – support for the effort to help stabilize the drought-troubled river system.

Among those expressing strong support for the DCPs was Arizona Rep. Raul Grijalva, chairman of the House Natural Resources Committee.

On Thursday, Rep. Grijalva told members of the Natural Resources Committee’s Subcommittee on Water, Oceans, and Wildlife that he felt confident that the nation’s environmental laws were “going to be respected” by the DCP.

Later Thursday, Grijalva tweeted that he would introduce a bill “with support from all 7 Colorado River Basin states & regional tribes that authorizes the Colorado River Drought Contingency Plan.”

The Subcommittee took testimony on Thursday from advocates of the DCPs, including Bureau of Reclamation Commissioner Brenda Burman and representatives of all seven of the Colorado River Basin States.

Among those representatives addressing the panel was Tom Buschatzke, Director of the Arizona Department of Water Resources.

The ADWR Director told the House panel that it was “urgent” that they consider and pass the DCP authorization bill as soon as possible.

“The DCP also accounts for the drier future that we all expect will be the norm in the coming decades," Buschatzke said. "The time to act is now."

In response, Reclamation Commissioner Burman said that although the water users on the Colorado River system have made great strides at conserving water in Lake Mead, the most unstable of the system’s two largest reservoirs, a shortage on the system remains a real possibility – if not a probability.

The impressive turnout of Arizona representatives at the hearing, especially Arizona legislators, became a humorous theme in the course of the House hearing. In addition to Grijalva, several Arizona legislators asked for time to comment before the subcommittee on the proposed legislation. They included Reps. Greg Stanton, Debbie Lesko, Ruben Gallego and David Schweikert.

The strong Arizona turnout, prompted Chairman Huffman, a Californian, to humorously note that “it’s not often that California seems outnumbered, but clearly Arizona is showing up on this issue.” 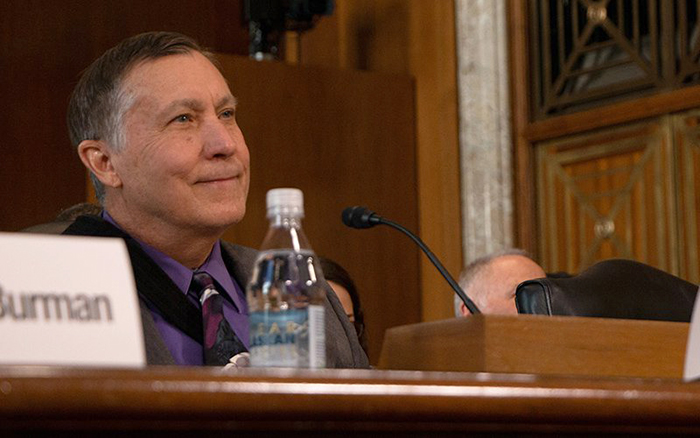 Thursday’s House subcommittee session followed a similar hearing in the Senate on Wednesday.

Commissioner Burman outlined the drought issues facing the region and described for the lawmakers the steps taken jointly in recent years in the U.S. by Reclamation and the seven states to address those issues.

In an extended written statement, Commissioner Burman related how, in December 2018, she “called on all seven Basin States and key water districts in the Lower Basin to complete their work on finalizing the Drought Contingency Plans by the end of 2018.”

That work was effectively completed on March 19, when the representatives of all seven Colorado River States signed the DCPs at the ADWR offices in Phoenix and transmitted them for consideration by Congress. Buschatzke signed the DCP agreement on behalf of Arizona.

“The LBDCP and the drought contingency plans crafted by the Upper Basin States are the latest examples of the States working together with the Bureau of Reclamation to achieve agreed-upon solutions to issues facing the States regarding the Colorado River,” said Director Buschatzke on Wednesday.

Buschatzke also described the involvement of the Republic of Mexico in the effort to protect Lake Mead from falling to critical levels. In September 2017, the U.S. and Mexico signed an update, known as Minute 323, to the 1944 U.S.-Mexico Water Treaty, assuring binational cooperation in managing a more stable Colorado River system.

That agreement, said Buschatzke, “provides additional benefit to the actions of the Seven Basin States.”

“Now that the states have finished their work, it’s time for Congress to take it across the finish line,” said Sen. McSally, who added that she wished “to get this (legislation) dropped as soon as possible and signed into law.”

Links to the written testimony of the witnesses can be found here.