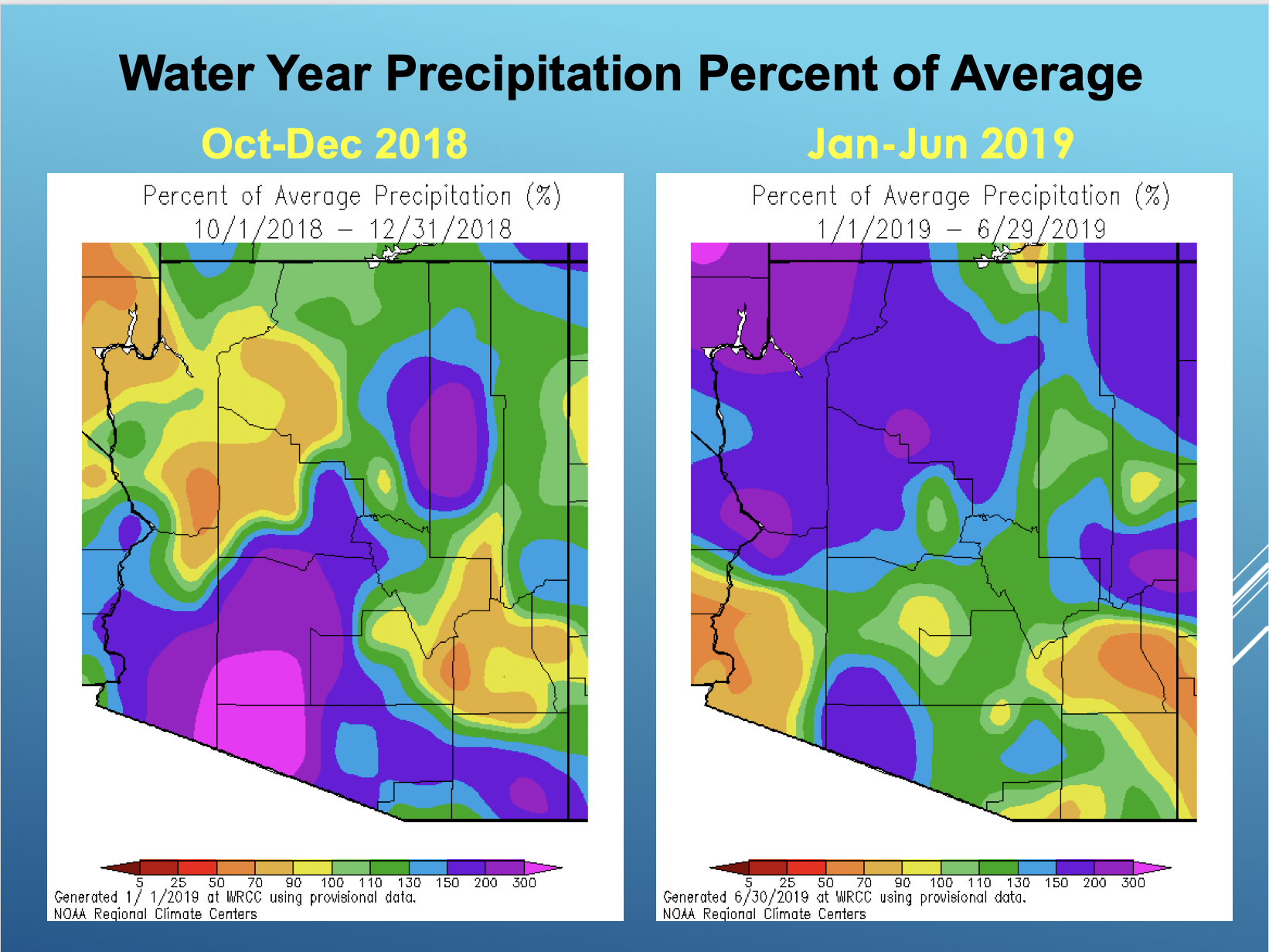 Remember all that “cautiously optimistic” happy talk last fall about how the coming winter could create a splendid snowpack in the Rocky Mountains and in Arizona’s mountain regions?

Remember how well it actually panned out?

The wet season started out early and strong. “The early winter – from October through December (2018) – was really, really good” at delivering moisture, much of it at just the right time,” said Arizona State Climatologist Nancy Selover in an April summary of the 2018-2019 winter.

And as late as June, the deeper-than-average snowpack in parts of the Rockies remained at astonishing levels in some locations, thanks to colder-than-normal conditions lingering far into the spring. We saw near-perfect conditions for enhancing runoff into the Colorado River system. In mid-June, Colorado snowpack remained overall at 751 percent of normal, a condition observers deemed “epic.”

Well, all that happy talk has evaporated.

At the bi-annual meeting of the Governor’s Drought Interagency Coordinating Group on November 12, predictions for the approaching winter reflected a lot less optimism for moisture than those of a year earlier.

“I was cautiously optimistic last year, and that turned out very well,” said Mark O’Malley of the National Weather Service.

“Unfortunately, this winter I’m not optimistic at all.”

Atmospheric conditions, said O’Malley, are settling into a condition that is unfavorable for a strong “El Nino” in the eastern Pacific Ocean. A current spike in those conditions that often bring strong moisture to the Southwestern U.S. likely will dissipate, leaving the region in a “neutral” state for most of the winter. 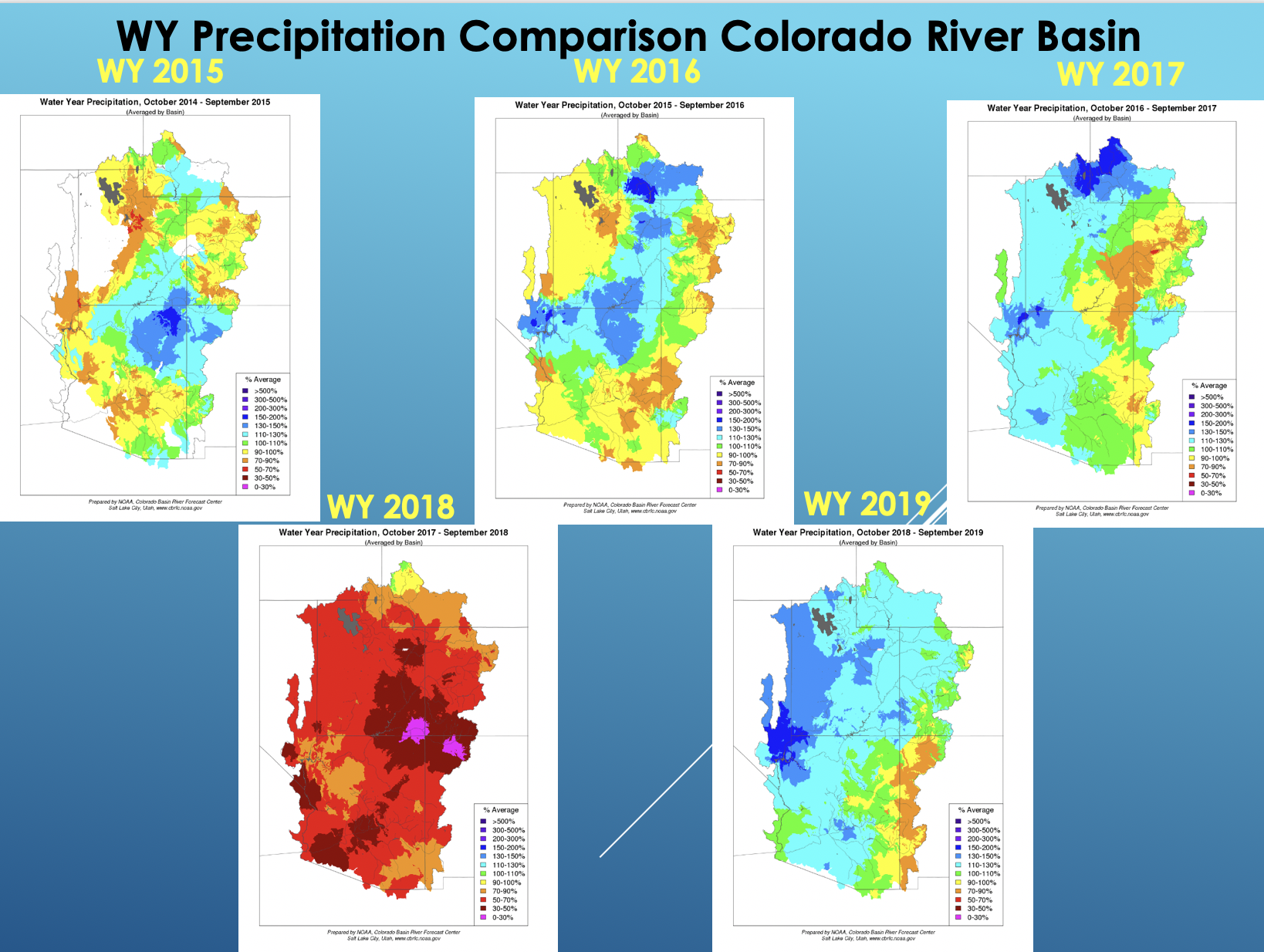 “We will see some rain,” he said. “The (high-pressure) system will break down periodically. But it will be drier than average.”

Increasingly, modelling is depicting a “drier and drier” winter for California and Arizona.

As a result, the odds have shifted toward a warmer than normal winter, based on a combination of model output and trends that have occurred over the last 10 to 15 years. And, as if those predictions weren’t dismal enough on their own, O’Malley also observed that antecedent dry soils may negatively impact runoff in the upcoming water year, even if the system does experience near-average snowfall.

Stephen Flora of Salt River Project brought a measure of good news to the reports of the Coordinating Group. Flora reported that SRP’s system, overall, stands at 81 percent of total capacity, a huge improvement over the previous year. As for moisture projections in the Salt and Verde river systems?

“Not so good,” said Flora. “We had barely a trace of moisture in October, which puts us quite a bit behind last year.”

Unsurprisingly, the panel voted unanimously to inform the Governor that Arizona’s long-running drought declaration should be continued. 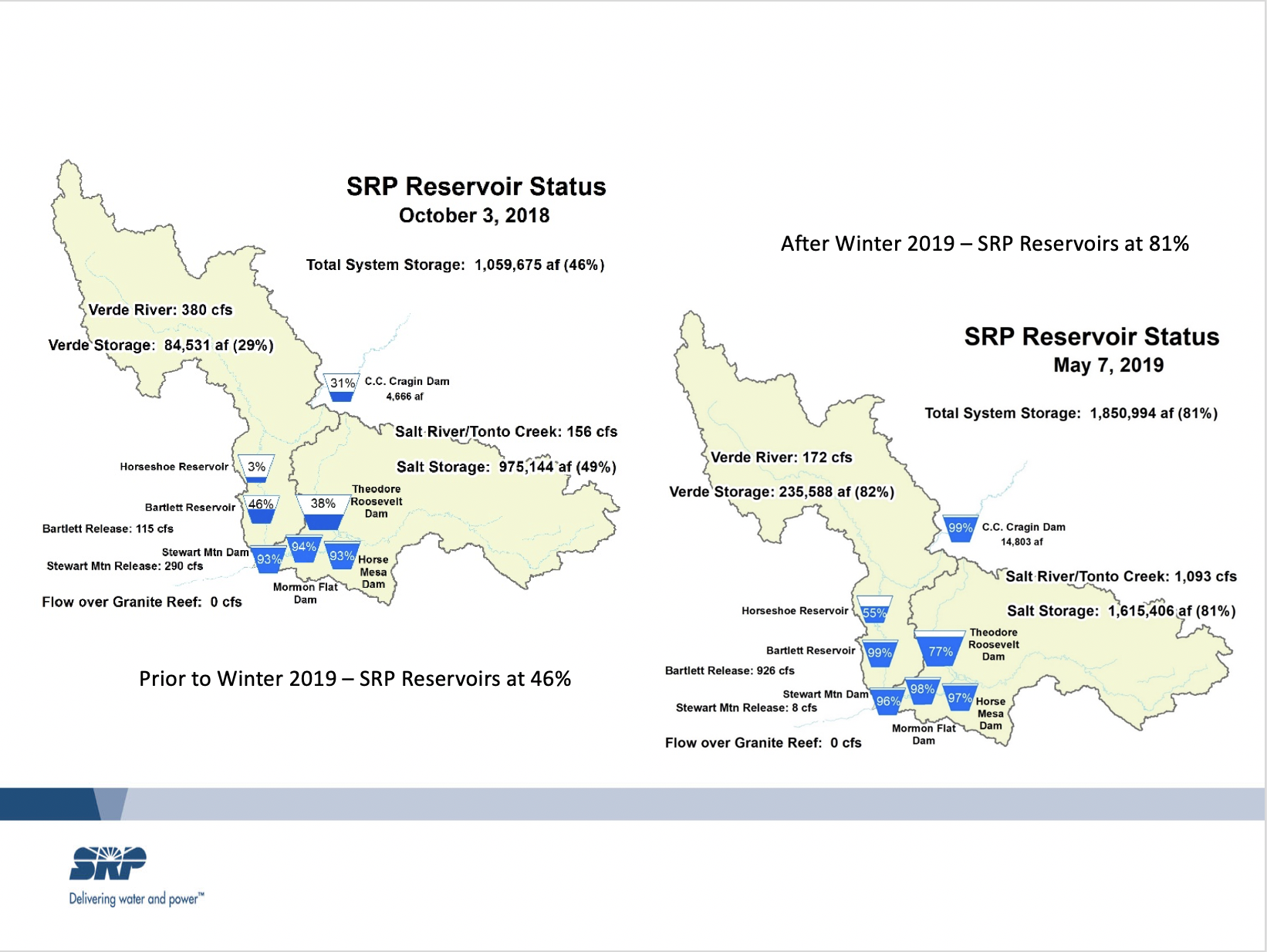 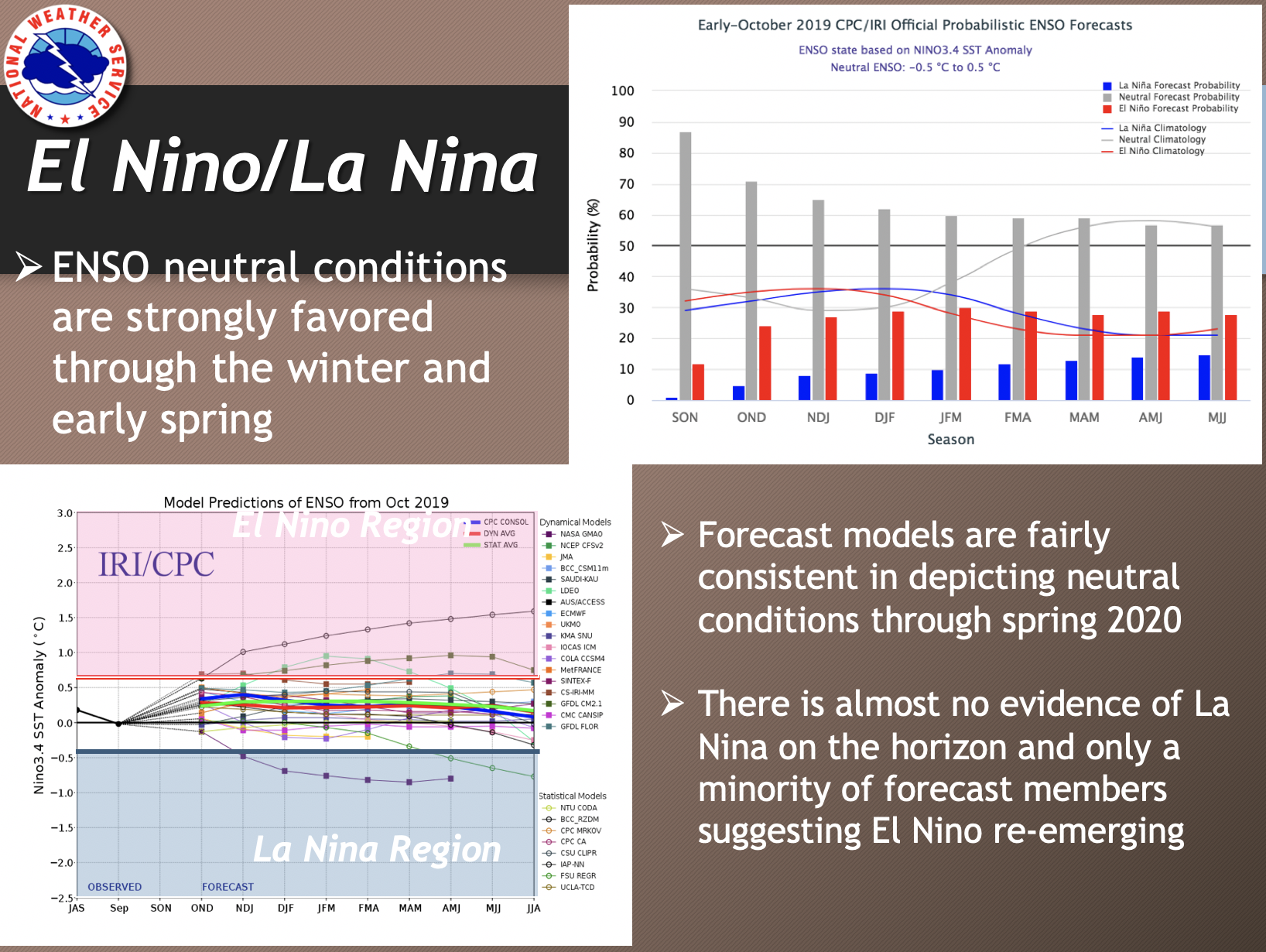