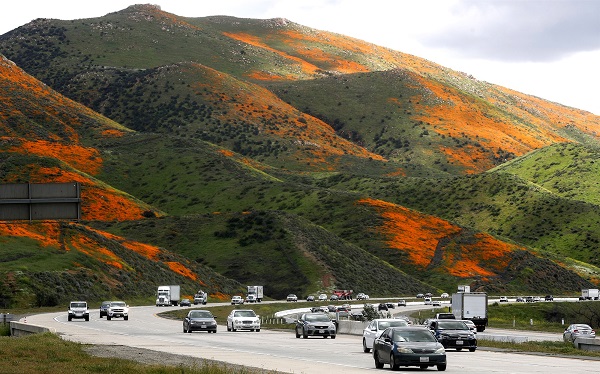 For months, the news has been full of genuinely feel-good stories about conditions in California.

At long last, the Wicked California Drought Witch is dead. Somebody threw a bucket of water on her. A…really…really…big…bucket of water.

“California is drought-free for the first time in nearly a decade” – Los Angeles Times.

Indeed, beating back the drought monster is a phenomenon that is not limited to the Golden State:

And, best of all for Arizonans, dampening down drought is happening here too. As of June 18, according to the U.S. Drought Monitor, Arizona also is drought free, with  “abnormally dry” conditions clinging to the far northeastern portion of the State, and nothing more. The last time this occurred in Arizona was August 2009. 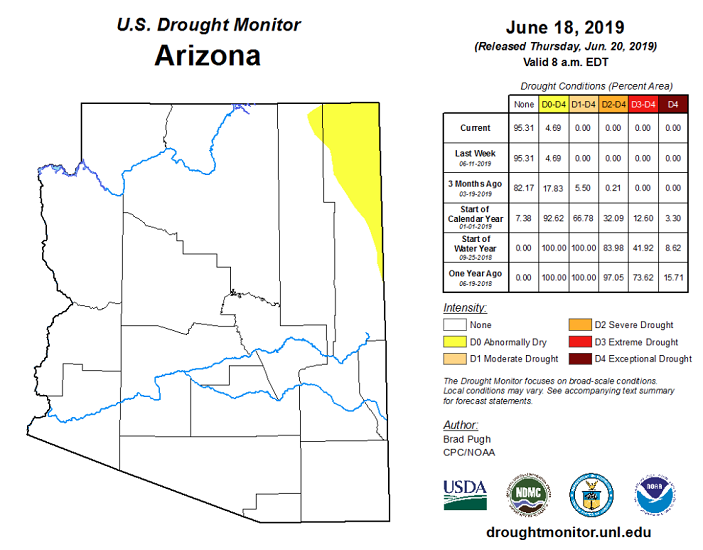 The fact is, there are long-term and short-term drought conditions. In the short-term, Arizona, California and virtually the entire Southwest are, at long last, free of drought – at least according to the one-to-two-year time scale that U.S. Drought Monitor focusses on.

Twice annually, the Governor’s Drought Interagency Coordinating Group, which is charged with making drought-declaration recommendations to the Arizona Governor, reminds its audience: One good, wet season doesn't alleviate long-term drought that has built up through many years in a warming climate.

For Arizona – which creates its own long-term drought mapping to address its unique challenges in assessing drought – drought measurements are based on time scales of 24 months or longer. No, one good, wet winter does not break the state free from long-term drought. But even two wet winters probably will not alleviate drought conditions.

Three consecutive wet winters, on the other hand, very well could make it official that Arizona has broken free of the strangle-hold of drought.

To learn more about the meaning of long-term drought in Arizona and the Southwest, Arizona Water News sat down with Einav Henenson, Statewide Active Management Area Director for the Department of Water Resources and an expert on drought-status conditions in the Southwest.