The Next Big Thing: Arizona prepares for the next step in CO River management discussions

The Next Big Thing: Arizona prepares for the next step in CO River management discussions

The Next Big Thing: Arizona prepares for the next step in Colorado River management discussions
Published: September 19, 2019 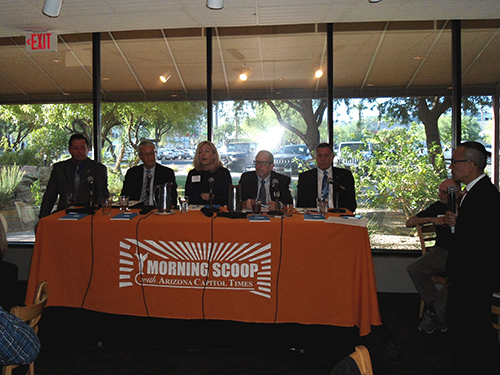 So, it really was a news scoop. That was revealed in the morning. A regular… morning scoop.

The Arizona Capitol Times – host of the “Morning Scoop” panel discussion on water issues -- promoted its September 12 breakfast gathering with an announcement that there would be some big news revealed.

Editor Luige del Puerto tweeted out that attendees would be hearing about “an important news development” regarding water policy in Arizona. As it turned out, he wasn’t joking. 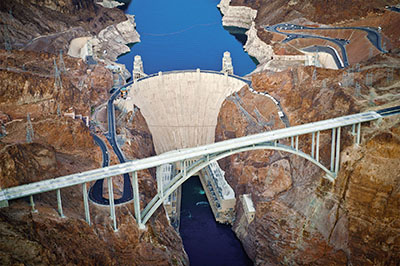 As promised, Morning Scoop panelists Tom Buschatzke, director of the Arizona Department of Water Resources, and Ted Cooke, general manager of the Central Arizona Project, announced their plans for “data-gathering and listening” to key water-community stakeholders and elected officials regarding upcoming revisions to the management of the Colorado River system.

Director Buschatzke told the audience of about 100 that he and Ted Cooke would be “putting together a process” for reaching out to former Steering Committee members, elected leaders and others.

The goal, he explained, would be to learn from stakeholders what expectations they may have for the coming rounds of inter-state negotiations over management of the vital river system.

In short, they want to know what Arizona expectations are for what’s next in Colorado River management.

The Colorado River system, including Hoover Dam and Glen Canyon Dam, is managed by the Secretary of the Interior through the Bureau of Reclamation. 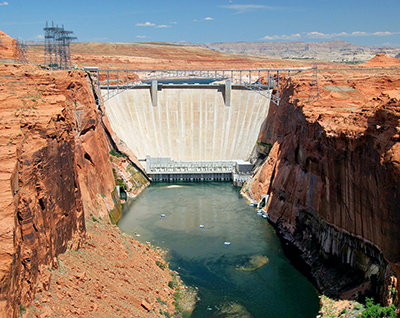 Currently, Reclamation is operating under a temporary set of guidelines approved in 2007 for dealing with any shortages that may be declared.

As described in the introduction to those “’2007 Interim Guidelines,” the Interior Department had never before developed operational rules governing shortage conditions at Lake Mead and Lake Powell “because these types of low-reservoir conditions had simply not yet occurred.” The long, harsh drought that existed in 2007 – and which continues to this day – made the ’07 Guidelines necessary.

The introduction further described the “unique and remarkable consensus (that) emerged in the (Colorado River) basin among stakeholders,” including the Governor’s representatives of the seven Colorado River Basin States.

Those Interim Guidelines expire in 2026. The goal now for Director Buschatzke and General Manager Cooke is to replicate the spirit of cooperation that surfaced both during those negotiations in 2007 and, more recently, during Arizona’s own negotiations that culminated early this year in the Drought Contingency Implementation Plan. 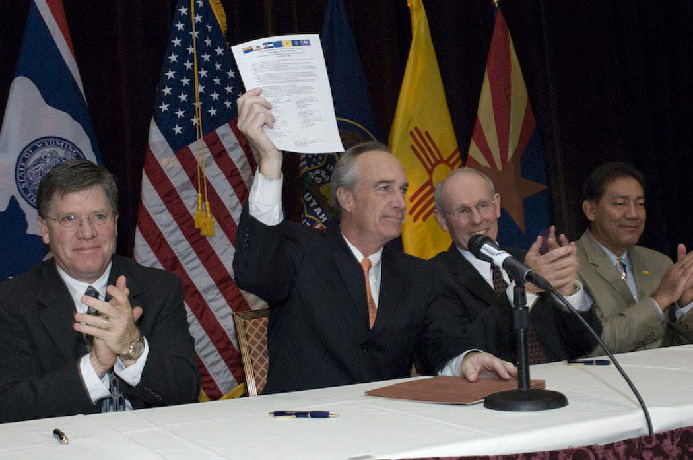 Their plan is to get input from Arizona leaders and water stakeholders on their views about the effectiveness of the existing operational guidelines, including the Drought Contingency Plan overlay that was approved by representatives of the seven Basin States on May 20 at a ceremony atop Hoover Dam. 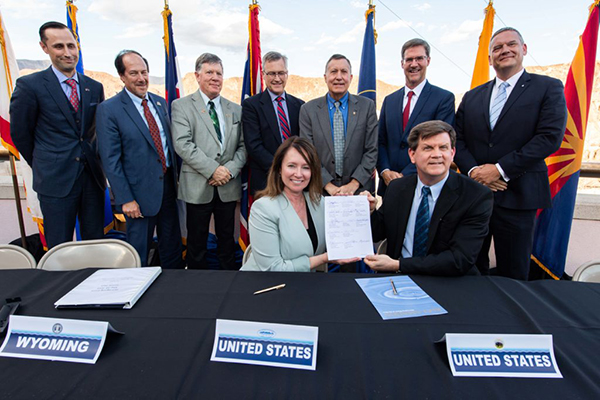 As they explained at the Morning Scoop breakfast, they intend to meet first with the elected leaders who contributed so much to the successful Steering Committee process. Then, they will sit down with other delegates, including those representing Arizona tribes, cities, agriculture, mining, development and the NGO community.

“That is our next step. It’s a big one and we must be prepared. And we will be, because Arizona truly is stronger together.”