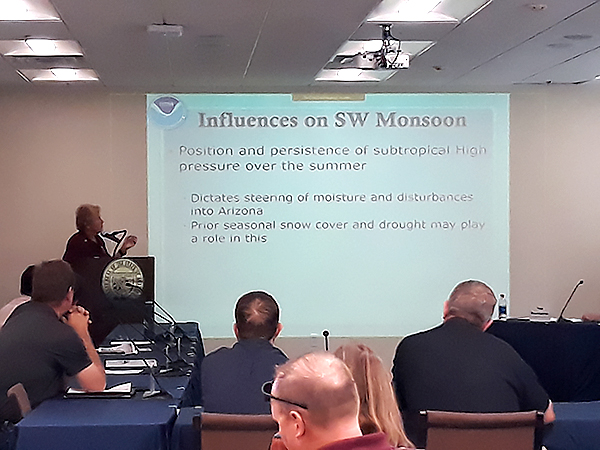 Twice annually, an inter-agency group of experts analyzes Arizona’s climate conditions and decides whether to recommend to the Governor that the on-going drought declaration be continued.

For many years, the group’s choice almost always has been an easy call: Yes, conditions indicate that enough of the State is in long-term drought that a drought declaration by the Governor would be the clear path forward.

This year? A tougher call. But, in the end, a single cold, wet winter does not make Arizona drought-free.

Unanimously, the Governor’s Drought Interagency Coordinating Group voted at its May 9 meeting to inform the Governor that Arizona’s long-running drought declaration should be continued. 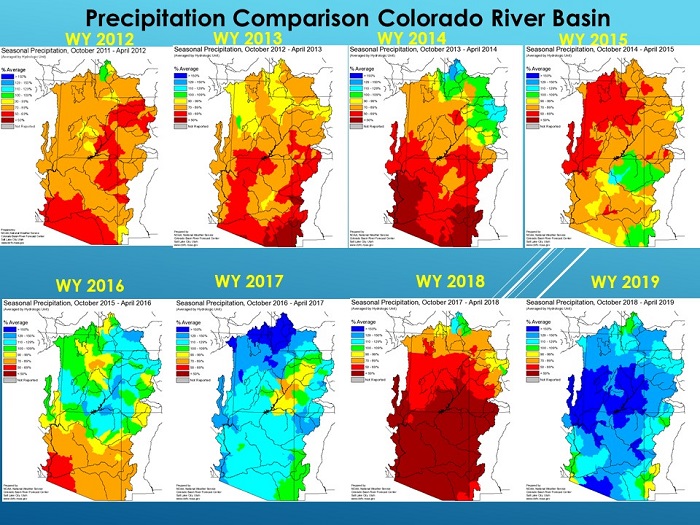 With a group membership that includes experts on water, weather, climate (a different thing from “weather”), forests and wildlife, the meetings of the Interagency Coordinating Group are a must-attend public event for anyone interested in a deep-dive account of both recent weather events and analysis of what the near-term weather future may hold.

As described by Arizona State Climatologist Nancy Selover, the recent winter weather was a winner.

“The early winter – from October through December – was really, really good” at delivering moisture, much of it at just the right time, she observed.

The State’s extremely wet October allowed moisture to soak into the previously dry earth in Arizona’s mountainous watersheds, which assured that once weather conditions grew colder, the snow now falling on snow would not simply be soaked up by thirsty earth.

That snowpack began accumulating in earnest in February, which lead to bountiful runoff for Arizona’s in-state watersheds – a dramatic reversal from the record-setting dry conditions of the previous winter.

“Last May, none of the State was out of drought,” said Selover. “Now, 83 percent of the State is drought-free.”

Looking forward, Selover observed that there were both positive and negative indications regarding whether Arizona might see another strong summer monsoon season. 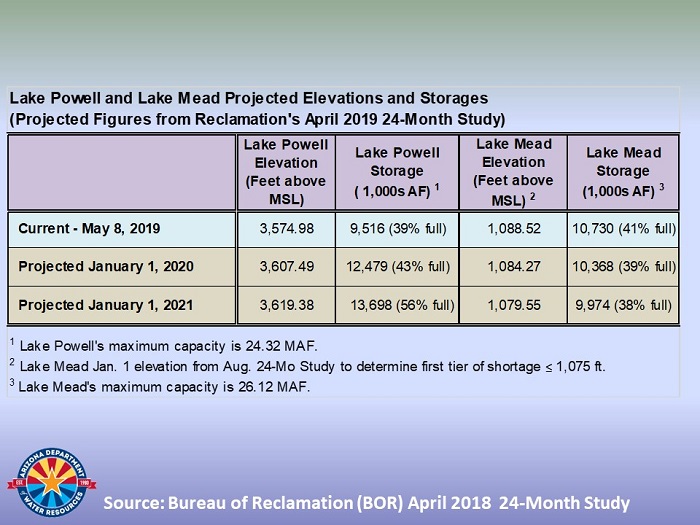 On the one hand, eastern Pacific water temperatures have remained very high, she said – a key factor for generating Pacific hurricanes, as well as a wet Arizona monsoon. On the other hand, a wet winter such as the one Arizona just experienced tends to suppress the development and position of the sort of high-pressure systems that prompt those drenching summer thunderstorms.

Following an update on current Colorado River conditions, group co-chair Tom Buschatzke, the Director of the Arizona Department of Water Resources, identified the positive results of the very wet Southwestern winter, noting that it helped reduce to zero the chance of Lake Mead descending to critically low elevations next year. 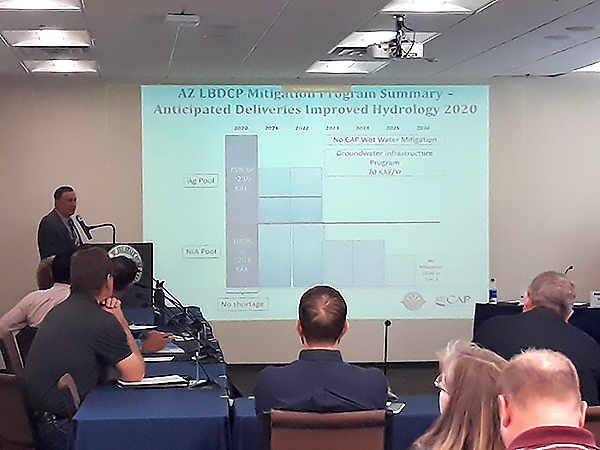 The Director gave the audience a summary of recent events surrounding the pursuit of the Colorado River system-wide Drought Contingency Plan.

“I’ve been working on DCP since June 2013,” said Buschatzke. “I’ll be really happy when we are finally done.”

In addition, Stephen Flora of Salt River Project observed the dramatic differences between conditions in the Salt and Verde River watersheds this year as opposed to the previous year. 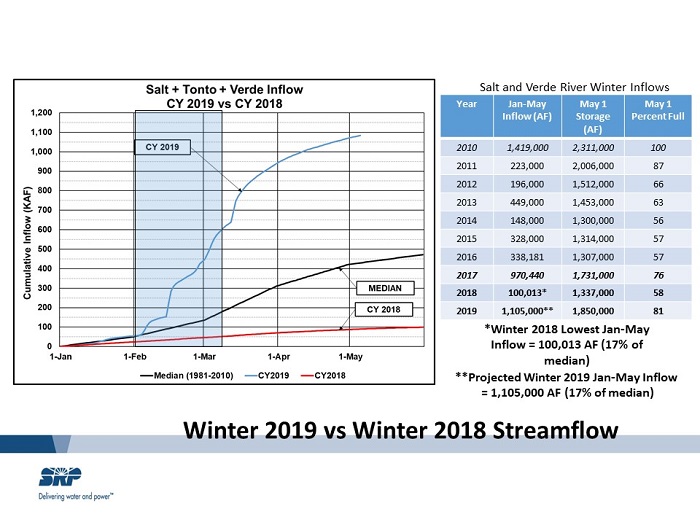 “2018 saw the lowest inflow on record with only 100,000 acre-feet flowing into SRP’s reservoirs,” said Flora, noting that in the spring of 2018, Roosevelt Lake was just about 40 percent full.

All that changed in the most recent snowpack season, he said, particularly with the now-famous “snow-mageddon” event that commenced February 21.

The 2019 winter storms prompted SRP to spill some 100,000 acre-feet of water from Granite Reef Dam, said Flora, which represented “about the total amount of precipitation on the whole system the year before.”