Arizona Department of Water Resources Director Tom Buschatzke recently described the lessons that he said needed to be learned from the long, complicated Drought Contingency Plan negotiations that culminated May 20 in the DCP signing event at Hoover Dam.

Before an audience of Colorado River water experts in Boulder, Colo., the Director on June 6 emphasized the need to broaden the water community to include a wider set of stakeholders, notably tribal stakeholders, and to make negotiations on river issues as transparent as possible. 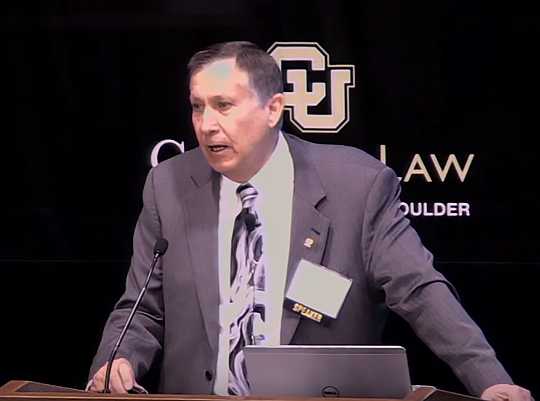 “Remember these lessons,” he said “including keeping the legislative leaders in the loop in real time.”

Describing Drought Contingency Plan negotiations in Arizona last year, Buschatzke told the audience that “we were very transparent, including posting videos. It was a very complicated process, very time-consuming.  And we were burning our staffs out.”

Nevertheless, he said, the lengthy, transparent and inclusive process resulted in real benefits, primarily a genuine, whole-hearted buy-in of the participants in the concept of getting DCP done.

Buschatzke noted to his audience that, even now, some of the 14 Arizona-specific agreements that were needed to complete the DCP negotiations still are not finalized. That, he said, represents stark evidence that Arizona stakeholders “take it on faith” that their agreements would be finalized, even after the DCP had taken effect on May 20.

In keeping with the theme of the 6th of June – the 75th anniversary of the D-Day invasion of Normandy -- Buschatzke took a cue from the commander of the Allied invasion force, Gen. Dwight D. Eisenhower, in his description of the path forward for further Colorado River negotiations. The Drought Contingency Plans signed on May 20 at Hoover Dam expire in 2026. 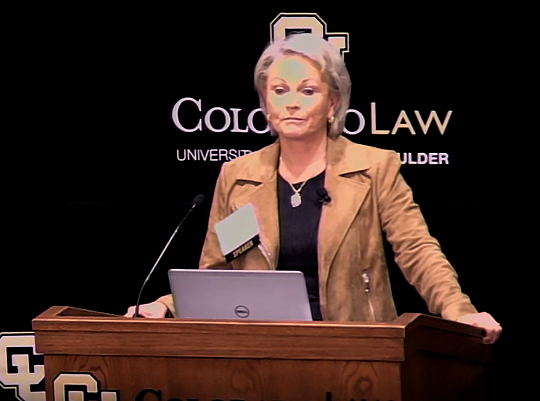 “We are about to embark upon a Great Crusade toward which we have striven many months and years,” he said. “The eyes of many are upon us. The hopes and prayers of Colorado River-loving people everywhere march with us.”

The conference opened with an analysis of the guidelines that governed potential delivery shortfalls on the river prior to the DCP agreement – a set of agreements known as the 2007 Interim Guidelines – from Pat Mulroy, Senior Fellow for Climate Adaptation and Environmental Policy at the University of Nevada Las Vegas.

Mulroy emphasized that negotiators should appreciate that everyone around the negotiating table will have local issues that must be respected.

“We would not have gotten to 2007 if we had not accepted the fact that everybody’s issues were real,” said Mulroy, who participated in those 2007 negotiations.

“It had to work for everybody. It couldn’t be an environment of winners and losers any more. There would be only one winner in that room and that would be all of us.”