A former ADWR Director who lived life “full steam ahead” has passed away
Published: May 2, 2019 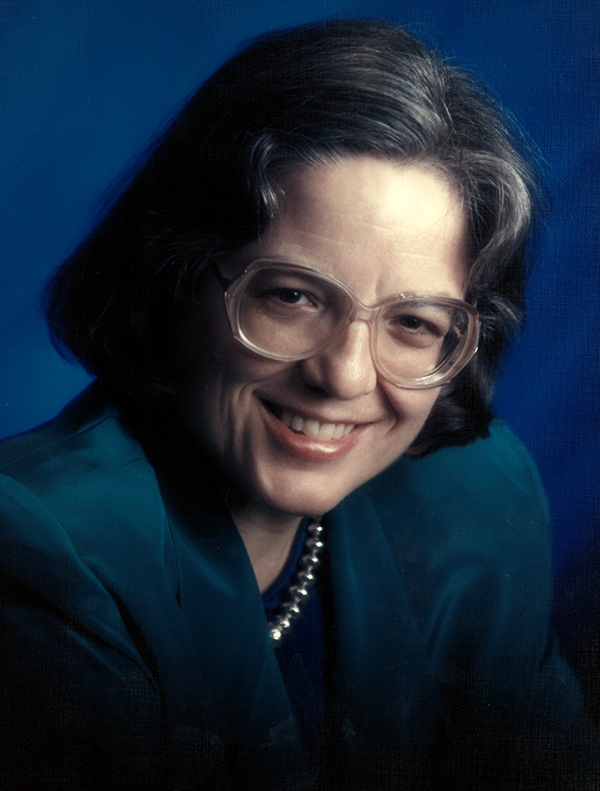 Former Arizona Department of Water Resources Director and prominent water-rights attorney Elizabeth “Betsy” Rieke passed away on March 28 at her home in Seattle.

In addition to her service as ADWR’s Director from April 1991 until March 1993, Betsy also served as a deputy and chief counsel for the Department in the mid-1980s. Following her service as Director, she was tabbed by Secretary of the Interior (and former Arizona Governor) Bruce Babbitt to serve as his Assistant Secretary for Water and Science.

“No matter the role she was a passionate advocate, dedicated collaborator, incisive intellect, and consummate consensus builder,” said Eowyn.

“She found rejuvenation in the kinetics of river running and the peace of sea kayaking. In all things, the natural world was her anchor and inspiration.”

In an oral history she recorded in 1995 for the Bureau of Reclamation about her role in the Bureau’s intensely litigated Newlands Project -- which provided irrigation water from the Truckee and Carson rivers to croplands in western Nevada – Betsy recalled her time as a private-sector water attorney during the time that “Arizona was in the middle of its ground-water transfer wars.”

“I then went from being a private-sector lawyer to being head of the Department of Water Resources,” she said. 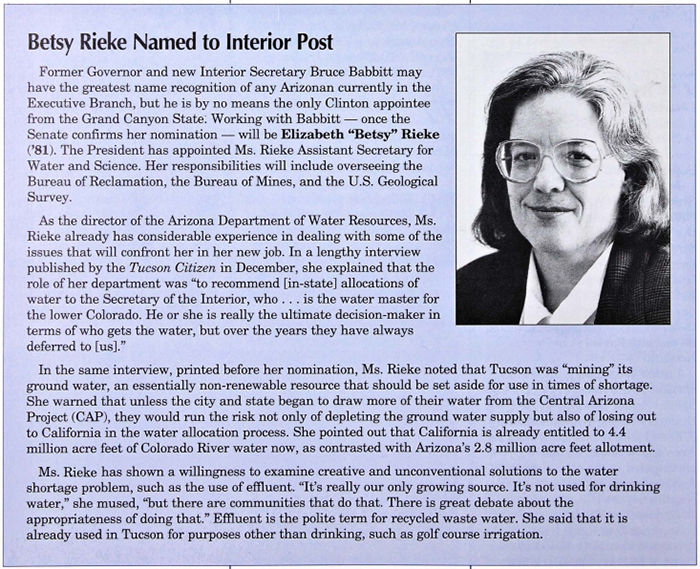 From the book, Arizona Water Policy: Management Innovations in an Urbanizing, Arid Region:

“In those negotiations, the federal government was ironically represented by the Secretary of the Interior, former Arizona Governor Bruce Babbitt, and his Assistant Secretary for Water and Power, Betsy Rieke, the former director of the Arizona Department of Water Resources.”

Born on July 10, 1943, Betsy was an honors graduate in 1981 from the University of Arizona School of Law. She is remembered by her family as one who lived her life “full steam ahead”:

“A prominent water rights lawyer, Betsy was known for her work in negotiations to resolve Arizona’s fractious water battles, including groundwater transfer wars from the mid 80s to the early 90s. Betsy held a number of more-than-full-time positions in her career, in addition to her role as Mom and later Grandma.”

For those wishing to offer their condolences, Betsy’s family has created a web space at https://neverforgotten.home.blog/