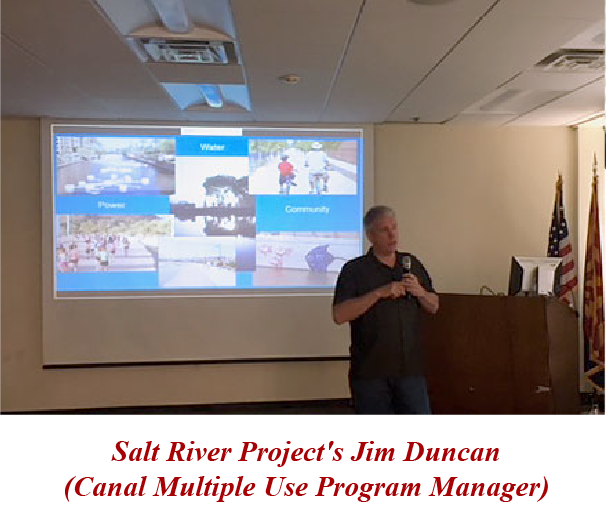 For more than two generations, the hundreds of miles of irrigation canals lacing the Valley of the Sun have served a single, utilitarian purpose. They delivered water where it needed to go.

Operated by the Salt River Project on behalf of their water customers, the canals weren’t pretty, but they were functional.

Meanwhile, the decades-long project to line the formerly dirt-embanked canals with concrete – a modernization that prevented water loss – ended the reign of the majestic, enormous cottonwoods that in the early 20th century made the Valley’s canal banks a cool, comfortable place for residents to escape the heat. Now, Valley communities literally were turning their backs to the canals.

“Every day, thousands and thousands of people would drive over the canals and not have a clue about what they do,” noted Jim Duncan, the canal multi-use program manager for SRP.

With the encouragement of SRP – including enthusiastic multi-use fans like Duncan – communities in recent years have begun turning the publicly accessible areas alongside the canals into appealing, artistic attractions.

In a “Water 101” presentation to ADWR staff titled “Reclamation Canals: Urbanization and Recreational Use,” Duncan described many of the projects that have helped turn long stretches of the canal banks into public attractions.

The city of Phoenix, for example, is creating a 12-mile, continuous trail system called the Grand Canalscape project that, ultimately, will create a single trail along the system’s Grand Canal from Interstate 17 to the Phoenix-Tempe border.

“Canal-bank use for recreation exceeds one million trips per year, according to a study by the (Maricopa Association of Governments),” said Duncan. “And we know that figure is low.”

The phrase for returning irrigation canal banks to community uses is known as “multiple use,” a sort of catch-all phrase for the aesthetic and recreational amenities that are designed and placed on the SRP canal system. The SRP board of directors officially committed to that “multiple use” policy over 50 years ago. 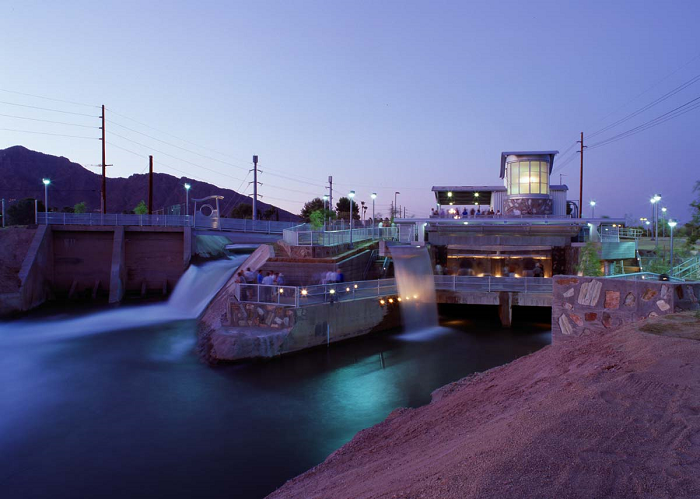 One of the most endearing examples of the utility company’s commitment to “multiple use” is the Arizona Falls, a natural 20-foot drop along the Arizona Canal between 56th and 58th streets. A collaboration among SRP, the Phoenix Arts Commission and the nearby Arcadia neighborhood, the Falls opened in June 2003 as a restored 750 KW hydroelectric plant and neighborhood gathering place. SRP representatives use the venue as an opportunity to educate the public on how they get their water.

Despite costs that typically run higher than $1.5 million a mile for adding artistic and educational features and for re-design of the banks, the multiple use concept is gaining favor. Throughout the 131-mile SRP-operated canal system, there is another 13.5 miles of multiple-use projects currently in municipal pipelines.

“The cities are taking the lead in designing these projects,” he added.

People simply love being by water. On SRP’s website, the most heavily trafficked pages are those for customers looking to pay their utility bills. And the second-most popular section?

It is the section (https://www.srpnet.com/water/canals/recreation.aspx ) that helps people learn about the canals.