The panel of Arizona weather and water experts that biannually serves up a recommendation on Arizona’s drought status went out on a very short, stout limb on May 29 and officially recommended Governor Doug Ducey to continue the State’s long-running drought declaration. 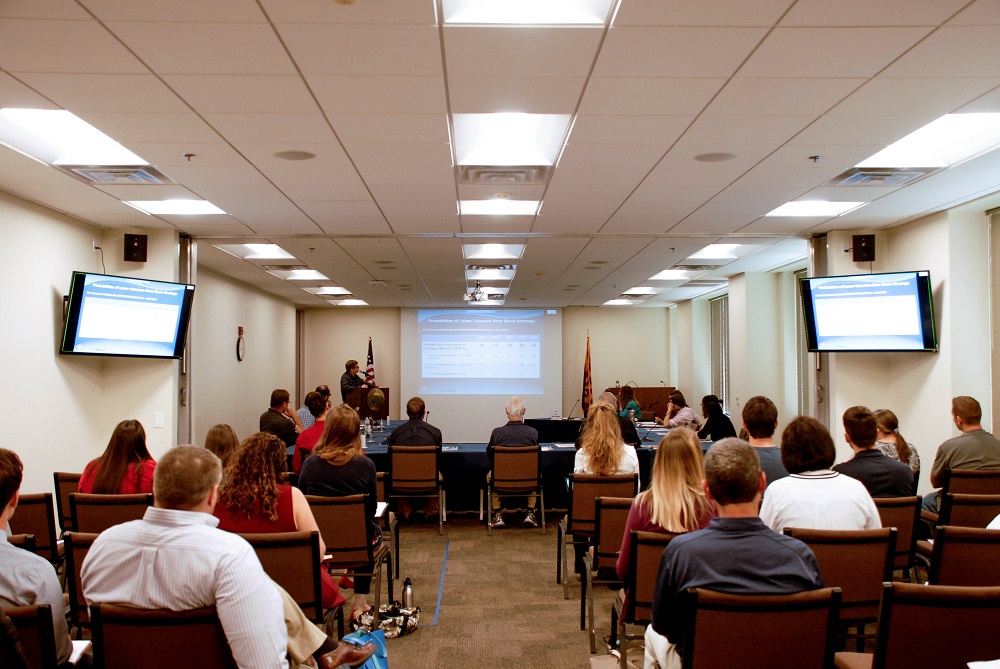 There are real benefits of having this declaration in place, said Arizona Department of Water Resources Director Tom Buschatzke, who serves as co-chair of the Governor’s Drought Interagency Coordinating Group.

“Sometimes we forget how the drought impacts our landscape. “This declaration is a good reminder of that. Without opposition, I would say we are going to keep our drought declaration in place.”

The group’s annual assessment of Arizona’s drought status is an important step in the process of combating the effects of drought.

The Drought Interagency Coordinating Group has recommended the Arizona governor declare a state of drought every year since its inception in 2006. By other measurements, Arizona has been judged in drought for over two decades.

This year’s drought recommendation was no tough call at all.

State Climatologist Nancy Selover made the distinction between the winter of 2018 and the previous snow season painfully clear.

Selover reported that one year ago, 59 percent of Arizona was entirely free of drought, while another 28 percent was categorized as “abnormally dry.” Just 13.5 percent of the State was in any category of drought. 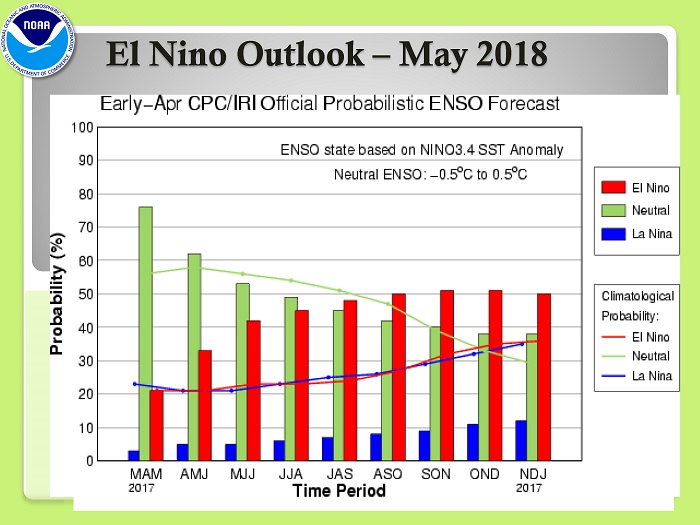 This year? To one degree or another, the entire state is back in drought conditions. Fully 73 percent of Arizona is in either “extreme” or “exceptional” drought – the two most severe drought categories.

The Navajo Nation in particular is in drought jeopardy. There, wells are going dry, wild horses are dying, and native vegetation is stressed and dying.

The weather outlook for the balance of 2018 presented by Mark O’Malley of the National Weather Service did slightly cheer up the discussion. But only slightly.

It is possible that Arizona could experience a wetter-than-normal summer monsoon season, given the position and persistence of subtropical high pressure that may steer summer moisture and weather disturbances into Arizona.

O’Malley also predicted the possibility of an “El Niño” condition in the fall, a phenomenon that often ushers in wetter than normal conditions. He offered that observation with a substantial “grain of salt,” however, given how questionable weather modeling can be so far out from the season. 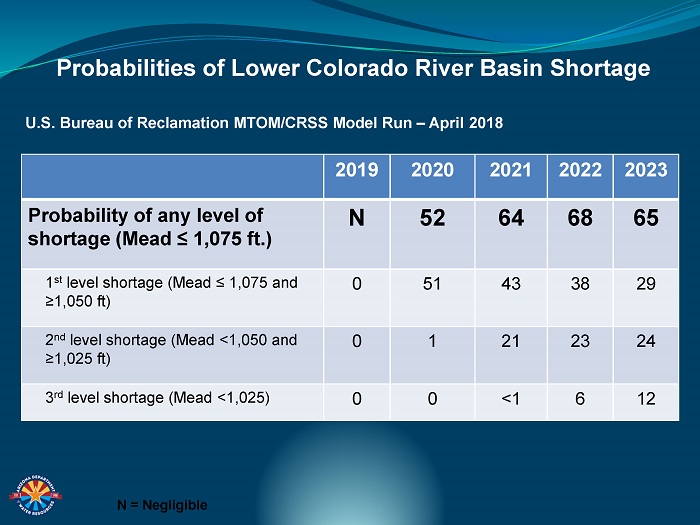 Charlie Ester of Salt River Project reported on Arizona’s biggest weather-related story of the past winter: The record-setting lack of runoff in the Salt River and Verde River watersheds. The official anticipated seasonal run-off – a record-low 105,000 acre feet – actually will come in even lower, at about 98,000 acre-feet of run-off, said Ester.

The reason? The four-month dry period following the early departure of the 2017 monsoon season thoroughly dried out the watershed, he said.

Ester characterized the 23-year period in Arizona since 1996 as the region’s “worst ever in 700 years,” in fact. “We’re looking truly at a mega-drought going on right now,” he said.

Jeff Inwood of ADWR provided an update on conditions on the Colorado River.

As widely reported, the odds of a shortage being declared because of low-water levels at Lake Mead remains negligible, Inwood said. That scenario changes dramatically in the years ahead, however.

The chance of “any” level of shortage being declared spikes to better than even odds in 2020, rising to a 68 percent chance in 2022. 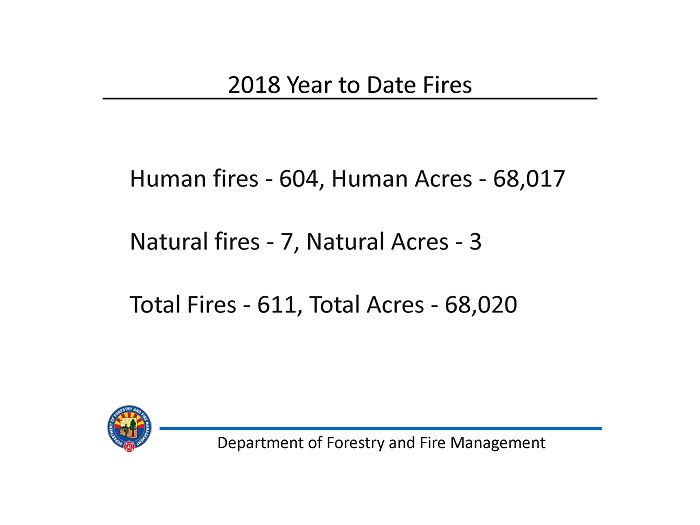 Perhaps the most unnerving statistic depicted in Inwood’s presentation, however, was the 12 percent chance by 2023 of a Third Level Shortage being declared on Lake Mead, which brings the system close to the much dreaded “dead pool” state in which water levels are too low to draw anything from the reservoir.

As Inwood observed, this is the first time ever that modeling has depicted a double-digit chance of such a shortage condition.

Dave Weedman of the Arizona Game & Fish Department described the extraordinary ongoing effort to haul water into the wilderness to keep wildlife alive “and to keep them from coming into (urban environs).”

Jeff Whitney of the Arizona Department of Forestry & Fire Management assessed the current-wildfire season, which already includes eight fires of more than 1,000 acres.

Of the 611 wildfires in Arizona thus far in 2018, 604 of them have been human-caused, consuming 68,017 acres. There were just seven “natural fires,” by comparison, which burned a total of just three acres.

The Foundation, which works on forest restoration with SRP, the Forest Service and other partner organizations has invested through the Northern Arizona Forest Fund over $2.5 million over the last four years on projects in five National Forests in Arizona.