Are you water aware?

Are you water aware?

Since a 2008 gubernatorial proclamation declaring each April “Water Awareness Month,” Arizonans across the State have responded with commitments to water conservation.

Which is important, of course.

A recent Arizona Daily Star story reports that research performed by Tucson Water found that the 720 homeowners in its rebate program save an average of 748 gallons per month using cisterns and other water-harvesting apparatus. 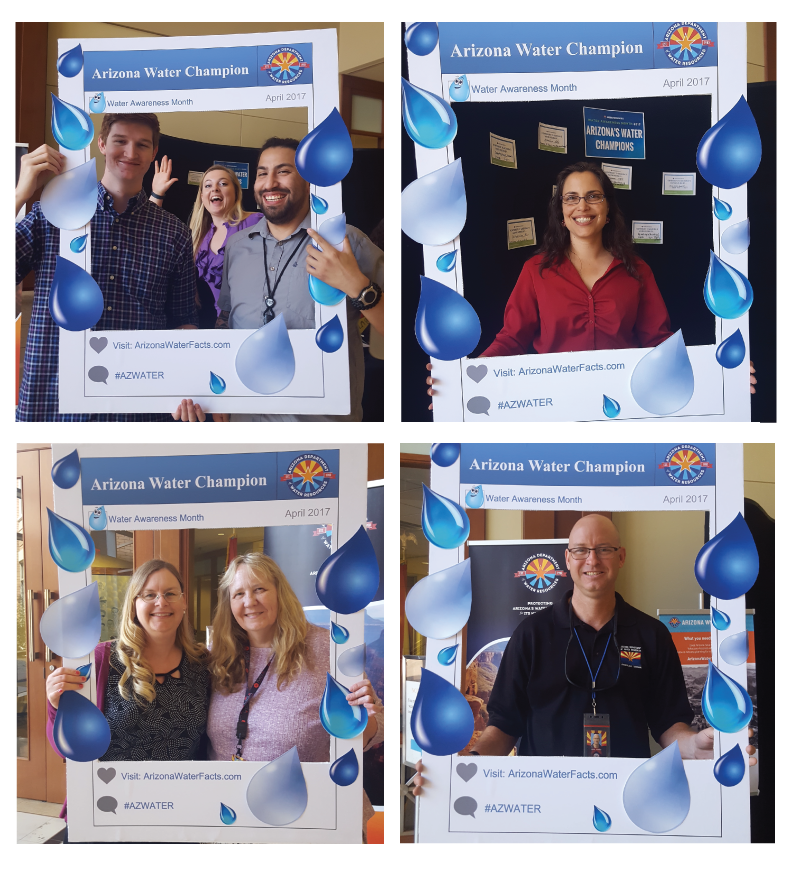 According to the Star story, “since 2012, Tucson Water has given homeowners up to $2,000 to buy cisterns, gutters and downspouts for “active” water harvesting: capturing rainfall off the roof.”

In addition, the utility offers rebates of up to $500 for “passive” harvesting that reshapes a yard to capture runoff.

The report acknowledged that the program has proved costly: It found that the harvesting rebates have the third-highest total tab of nine city water-conservation rebate programs.

But according to the Tucson Water research, there was a “very significant correlation” between rainwater harvesting and reduced water demand. That is the very definition of conservation.

Starting next week, ADWR employees once again will be providing their own ideas about water conservation techniques.

On Monday, April 2, ADWR staff will be setting up a booth in the lobby of our headquarters building (1110 W. Washington St. in Phoenix). On Friday, April 20 – the day before Earth Day – staff will be at the booth with information about Earth Day events and how to get involved within your community.

In previous “Water Awareness Month” promotions in the lobby of the Arizona Department of Water Resources building, state employees have offered plenty of conservation suggestions.

Among staff suggestions, taking shorter showers is an ever-popular recommendation. So is avoiding over-watering plants, fixing leaky faucets and toilets and collecting rainwater in old-fashioned barrels. 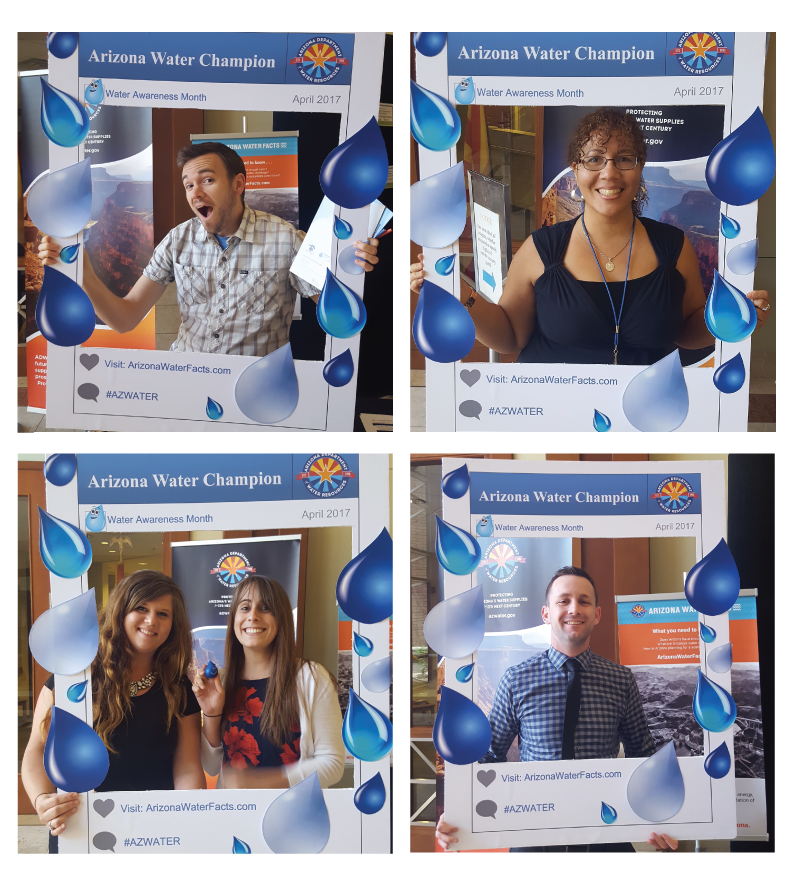 But while conservation indisputably is a big part of “water awareness,” that’s not all it means.

It also means being aware of the nature of water in our arid environment. It means considering the source of water beyond the kitchen faucet.

It means understanding the often-complex nature of water in a water-precious environment. Such as taking the time to understand where the water comes from that provides opportunity for our communities to thrive.

(Spoiler Alert!: In Arizona, 41 percent of our water is groundwater; 18 percent is from surface-water sources like the Verde and Salt River systems; three percent is reclaimed water; and, 38 percent of it is delivered from the Colorado River system.)

And it means understanding the water-resource challenges the State faces right now. Such as knowing that:

And, in addition to being aware of the challenges, it also helps to have awareness of the steps Arizona is taking to address its water challenges, such as:

On a personal level, being “water aware” almost universally means learning to conserve water. It is a precious and scarce resource, after all.

But only when we understand and appreciate the sources of our vital liquid resource can we truly claim to be water “aware.”