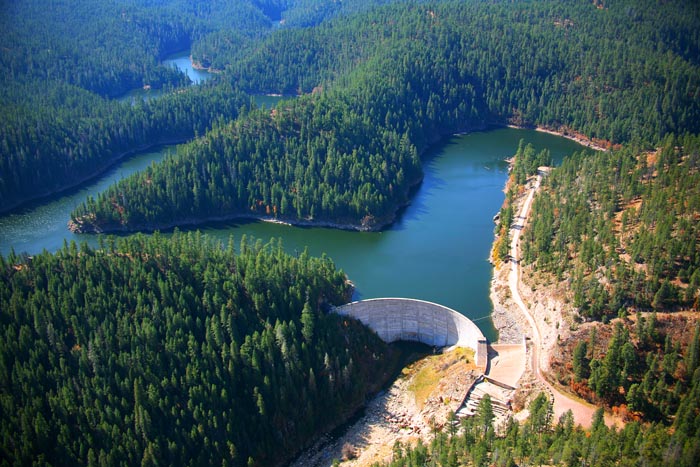 The most visually stunning image of the C.C. Cragin Reservoir nestled within the deep canyons of the Mogollon Plateau uplands is that of the dense forests surrounding the picturesque man-made lake.

For the people charged with maintaining the reservoir – now a vital source of water for the city of Payson – the handsome forests are not a pretty sight.

“The threat of wildfire to our forests is real,” said Stephen Flora, a senior hydrologist for the Salt River Project during one of the “Water 101” series of presentations sponsored by the Arizona Department of Water Resources.

SRP manages the C.C. Cragin Reservoir on behalf of Payson and other Rim communities that expect to rely on the 15,000-acre-foot facility. On May 2018, the “Tinder Fire” burned more than 12,000 woodland acres near the reservoir.

“The area around the C.C. Cragin Reservoir is very overstocked,” said Flora. “The highly dense forest in that area is at very high risk for fire. And that could have a significant effect on our watershed.” 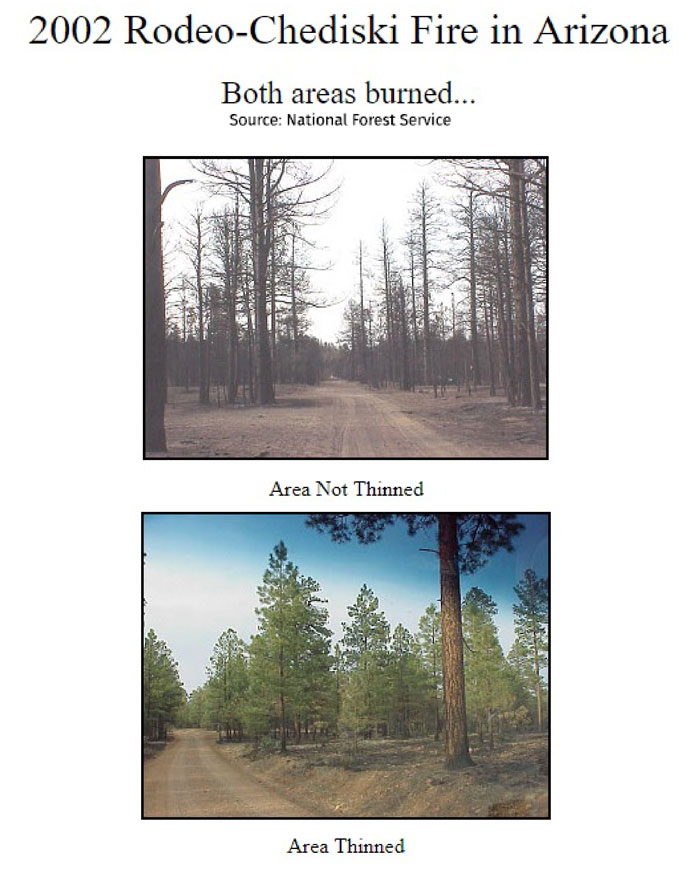 The two phenomenon – forested Arizona mountain watersheds and the mostly winter runoff that provides much of central Arizona’s water supplies – are intrinsically linked.

SRP is a primary water provider for much of central Arizona. As Flora illustrated with his presentation, the majority of SRP’s watershed is covered in dense forest land, which in the course of the lengthy Southwestern drought has become increasingly susceptible to destructive, crown-topping wildfires. Two mega-fires alone – the 2002 Rodeo-Chediski Fire and the 2011 Wallow Fire - consumed nearly 1 million acres of mostly Ponderosa pine forestland.

“The flooding that follows after those wildfires degrades water quality,” explained Flora. “There is significant loss of capacity in reservoirs, which means there is less available water storage.”

Flora noted two big efforts now under way to mitigate the potential for wildfire in critical areas of the eastern mountains of Arizona. 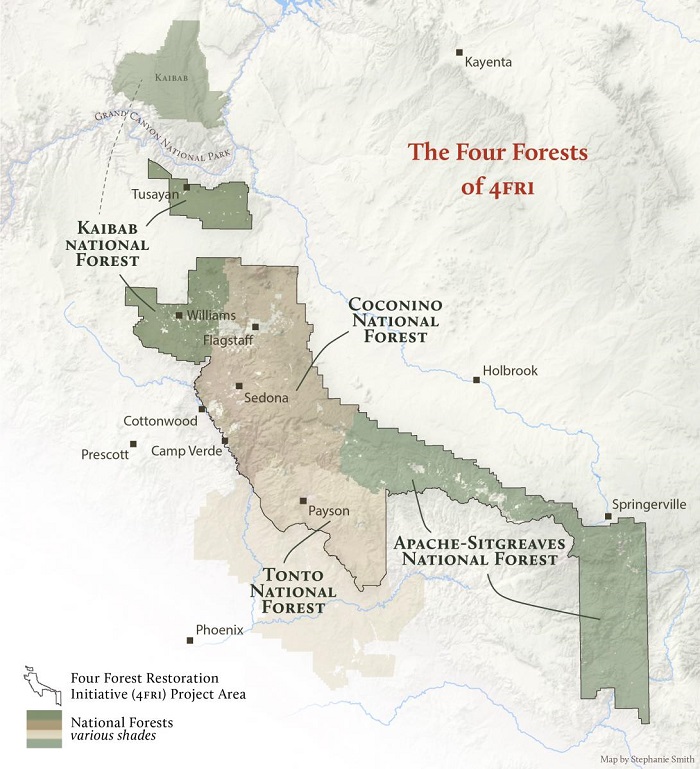 Both efforts involve thinning dense forestland such as that surrounding the C.C. Cragin Reservoir to so-called “pre-Columbian” densities. Forests that prior to the 19th century may have had as few as 30 to 50 pine trees per acre today often have up to 1,000 trees per acre. That tree density saps the moisture from the soil and leaves the dense stands of trees more vulnerable to wildfire.

One of those efforts that Flora described is the Four Forest Restoration Initiative, or “4FRI,” an ambitious forest-restoration project that includes forested lands in the Kaibab, Coconino, Apache-Sitgreaves and Tonto national forests.

Including 2.4 million acres overall, 4FRI is considered one of the biggest forest restoration projects ever undertaken in the United States.. While it enjoys wide support, 4FRI has been hampered over the years by technical, environmental and economic challenges.

“Treatment (of the forest) has been very slow,” said Flora.

The other major effort is focused in the 64,000 woodland acres surrounding the C.C. Cragin Reservoir.

The Forest Service announced in September 2018 its plans to take action to protect the Payson water supplies with a thinning project anticipated to take five years or more.

“We have a need for larger efforts to reduce the risk of fire,” said Flora.