Every April since 2008, the Arizona Department of Water Resources has promoted “Water Awareness Month,” a campaign kicked off by gubernatorial decree to make residents of our arid state aware of the many means available for conserving Arizona’s most precious resource after its citizens, its water supplies.

But we haven’t done it alone. 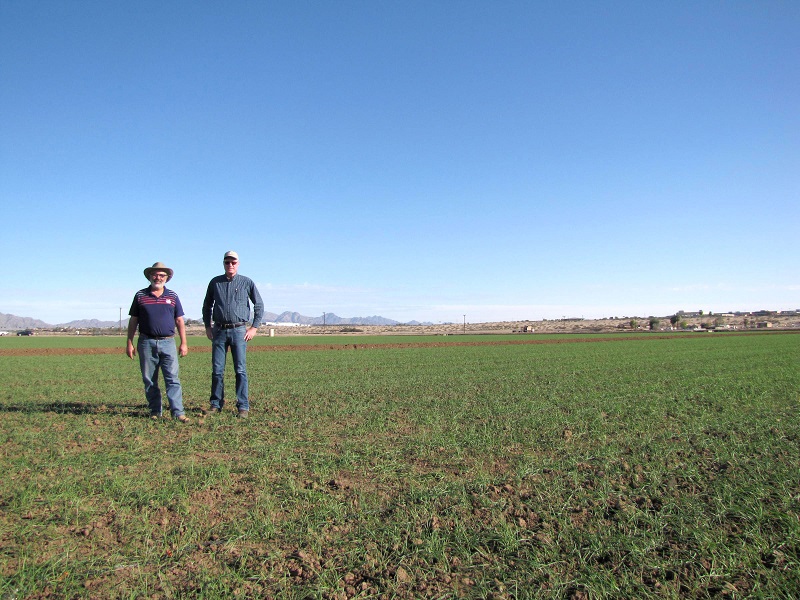 Virtually every major Arizona industry, water provider and community has demonstrated, in meaningful ways, a commitment to conserving water. That is to say, they have committed to the effort to use water as efficiently as possible.

Arizona agriculture has demonstrated… ahem… a thirst for water conservation that today is taking the industry beyond what had previously been considered the technological limits of efficient water use.

In 2015, a case study commissioned by a consortium of Yuma-area water users, researchers and other stakeholders found that the water-saving efforts of local agriculture appeared to have gone about as far as it could go.

“Our average on-farm efficiency, as has been documented, is at between 75 and 80 percent efficiency," said Bobbi Stevenson-McDermott, a retired conservationist for the U.S. Department of Agriculture, to Arizona Public Media earlier this month.

“So, there is no system that is more efficient than the Yuma County irrigation system.”

But that was then. Now, researchers from the University of Arizona and NASA are teaming with Yuma agriculture researchers to study the value of special sensors that may prove valuable in measuring the levels of salt and water evaporation in Yuma-area crops.

As reported by APM, the new technology could bring the area’s farmers closer to accounting for every drop of the Colorado River water that they use.

Urban water users also have been demonstrating their commitment to wise water use.

For example, member communities of the Arizona Municipal Water Users Association, or AMWUA, have taken significant steps – especially since the advent of chronic drought during the past two decades – to conserve water.

AMWUA’s members have planned, built, and managed their communities and their water supplies with the realities of Arizona’s arid climate in mind, the association reports.

Steps that Arizona’s cities and towns have taken to conserve water include, according to a recent AMWUA report: