ADWR, CAP and Bureau of Reclamation respond to questions about Drought Contingency Plan

ADWR, CAP and Bureau of Reclamation respond to questions about Drought Contingency Plan 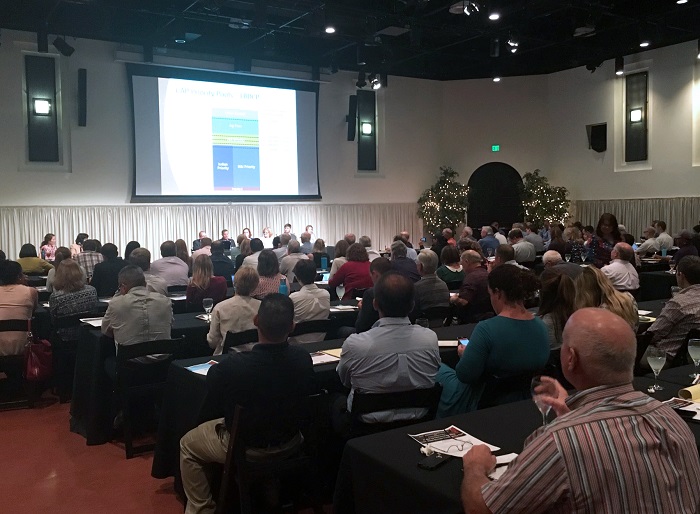 The July 10 briefing gave the public an opportunity to get answers to their questions about the terms of the Lower Basin Drought Contingency Plan (DCP), a plan designed to bolster water levels in Lake Mead to avoid potentially draconian reductions to Arizona’s Colorado River supply, and to discuss the potential impacts of the DCP in Arizona.

The panel also discussed the uncertainty Arizona faces if the reservoir should fall to critically low water levels such as 1,025 or, even 1,000 feet.

The three presenting agencies – the Arizona Department of Water Resources (ADWR), the Central Arizona Project, and the U.S. Bureau of Reclamation – all had technical staff prepared to respond.

The event at the Heard Museum auditorium in central Phoenix was a follow-up to a June 28 public briefing held at the Arizona Historical Society auditorium in Tempe. In all, ADWR and CAP received more than 50 questions at and in the week following the June 28 briefing.

At the meeting, Arizona Department of Water Resources Director Tom Buschatzke emphasized the importance of creating flexibility for the participating states, which he said incentivizes the creation of stored or conserved water, known as intentionally created surplus (ICS), in Lake Mead. That water, he explained, helps raise the elevation in Lake Mead. California currently has about 550,000 acre-feet of stored water in Lake Mead.

As the Director noted at the Heard Museum briefing, California water officials have indicated that if there is not a DCP in place, the state may take all or some of its existing ICS from Lake Mead “to avoid stranding the water in the lake.”

“Having the water potentially stranded during a shortage is a disincentive for the creation of the intentionally created surplus in the first place.” 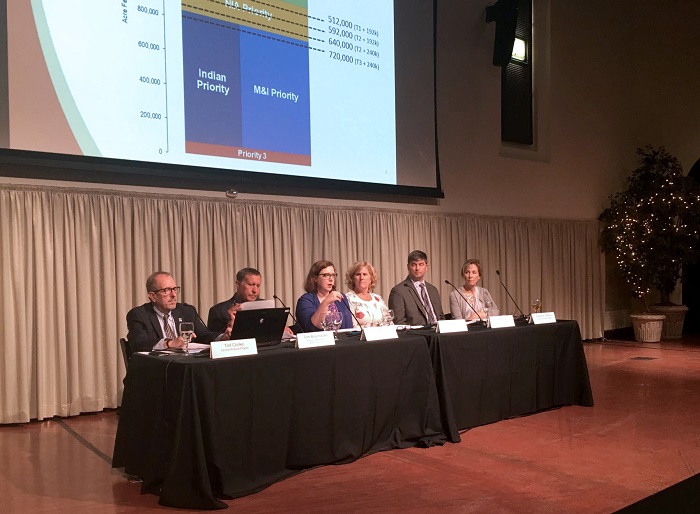 In all, ADWR and CAP received more than 50 questions at the Tempe event and in the week following the June 28 briefing. CAP General Manager Ted Cooke was asked why California should be allowed to take more than its allocation in a year when Arizona may receive less than its normal 2.8 million acre-foot allocation.

Cooke observed that California is “pre-loading” its DCP contribution obligations in Lake Mead. That, he said, is what that 550,000 acre-feet the state already has stored there represents.

Cooke added that if California still has ICS in Lake Mead by 2026, “that to me is a good thing.”

“That means that they put more water into Lake Mead than they needed to meet their ICS obligations.”

There, a newly appointed steering committee will begin the effort to identify ways to help mitigate the impacts of DCP within Arizona, hopefully paving the way for legislative approval in early 2019 for the ADWR Director to approve the DCP on behalf of Arizona. Buschatzke noted that there is recent precedent of Arizona stakeholders coming together to develop creative solutions around Colorado River issues, in the public process that led up to ADWR’s 2006 Shortage-Sharing Recommendation.