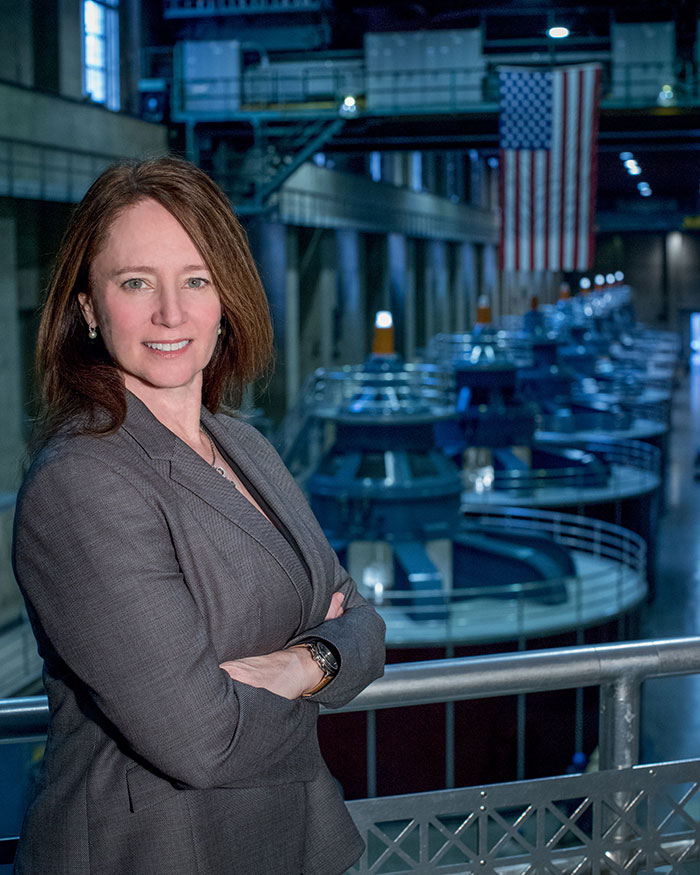 In a presentation on May 22 before the board of the nation’s largest irrigation district, the Imperial Irrigation District of southern California, the newly appointed commissioner of the federal Bureau of Reclamation spoke candidly about her concerns for the integrity of the Colorado River system.

“As commissioner, I am here to tell you that we absolutely need more action on the Colorado River,” said Bureau Commission Brenda Burman. “The risk we are facing right now is too great.”

In an address that drew extensive coverage by California media, Burman strongly urged the IID board – and, by extension, all seven Colorado Rivers system states – to take action “this year” on drought contingency plans to reduce the risk that Lake Mead may fall below tolerable levels.

At just 39 percent full, Lake Mead is expected to end 2018 just a foot or so above levels that would trigger delivery cutbacks. Earlier this month, the Bureau of Reclamation projected a 52 percent chance that in 2020 the reservoir would fall below shortage trigger levels.

“We can take our fate in our own hands,” said Burman.

“There are ways to buy down this risk. To invest. To create insurance policies, if you will.

Assisting the Commissioner in her presentation was Terry Fulp, the Regional Director of the Bureau’s Lower Colorado Region.

In a slide presentation, Fulp illustrated how the nearly two-decade Southwestern drought has withered water volumes in the Colorado River system, as well as how recent efforts to retain water in Lake Mead have helped stabilize the reservoir, adding nearly 20 feet to its water levels since 2007. 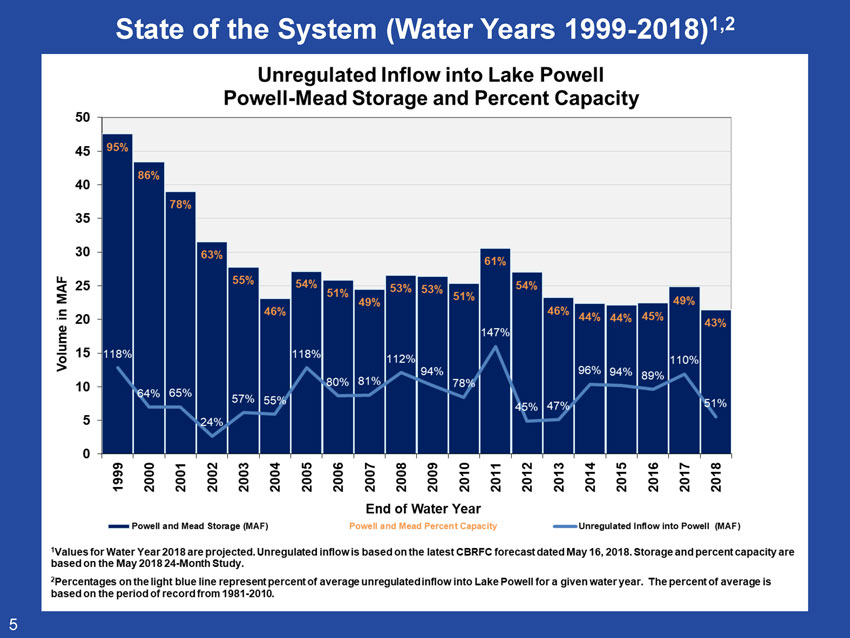 Arizona water users -- including the Central Arizona Water Conservation District and the Gila River Indian Community, among several others – have contributed significantly to those stabilization efforts.

“We have to do more,” said Fulp. “More conservation. More saving.”

Burman’s candid assessment before the IID board mirrored her Bureau’s strongly worded statement, released on May 9, that called for both state and federal action on behalf of the Colorado River basin following the notoriously dry winter of 2017-2018.

Unregulated flow from the Colorado River watershed into Lake Powell this year stands at just 52 percent of average, based on 1981-2010 recorded in-flow records.

“We all - states, tribes, water districts, non-governmental organizations - have an obligation and responsibility to work together to meet the needs of over 40 million people who depend on reliable water and power from the Colorado River,” said Burman in the May 9 press statement.

“I’m calling on the Colorado River basin states to put real – and effective – drought contingency plans in place before the end of this year.”