Plans forming to replace, once & for all, the hazardous sewage-delivery system in Nogales
Published: September 12, 2018

In July 2017, a segment of the sewer system serving both Nogales, Sonora, Mexico and Nogales, Arizona gave way under the strain of sewage and storm surge, dumping millions of gallons of untreated wastewater into the system of tributaries feeding the Santa Cruz River. 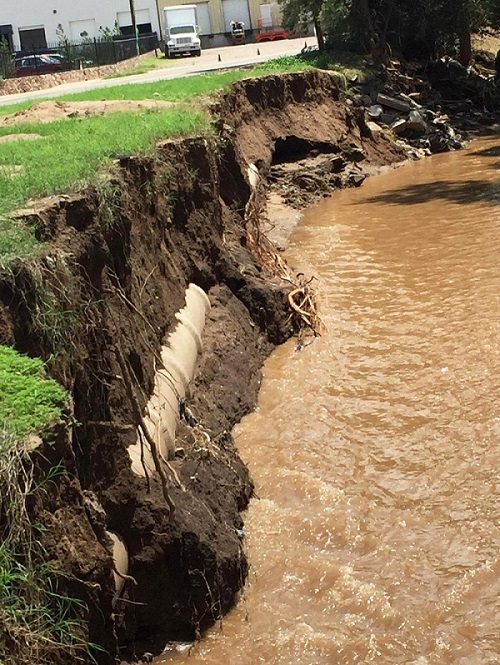 The incident last year, which took months to finally resolve, was just the latest in a long string of system failures that have allowed countless millions of gallons of wastewater – much of it contaminated with industrial pollutants – to percolate into the Nogales Wash and, ultimately, into the Santa Cruz.

The voices for resolving, once and for all, the recurring environmental nightmare known as the “International Outfall Interceptor,” or IOI, are growing stronger as a result.

The Arizona Department of Environmental Quality, among other agencies, is arguing that the time has come to abandon stop-gap, patchwork measures and replace the system altogether.

ADEQ Director Misael Cabrera has identified an opportunity to tap into a federal matching-fund program that could provide as much as $21 million, presuming local organizations match the federal funds with about $4.6 million.

“The Santa Cruz River is dependent on this treated wastewater to continue flowing in Santa Cruz County,” said Director Cabrera. “If we repair the infrastructure, we can continue enjoying the benefits of the water, which include providing about 38 percent of the water supply for the Santa Cruz Active Management Area.”

Without the water from Nogales, Sonora, Cabrera added, “the river would shrink from 18 miles to about 6 miles. The loss of water would be felt both in the environment and in the local economy – impacting riparian areas, home values, tourism and more.”

The sewage system is designed to deliver wastewater from the two border cities (as Cabrera notes, the vast majority of it from Sonora) as well as from surrounding communities to a wastewater treatment plant near Rio Rico. The plant there is capable of treating nearly 15 million gallons daily, most of which it then delivers into the Santa Cruz.

The treated effluent provides a perennial surface-water source to recharge groundwater levels and sustain riparian habitat along the banks of the river.

When the system breaks down, however, the untreated sewage bypasses the treatment plant, much of it finding its way into the river, a vital riparian system that is home to several endangered species.

The effort to win federal help for tiny Nogales (which produces just 12 percent of the wastewater flowing through the IOI) was important to the late Arizona Sen. John McCain. 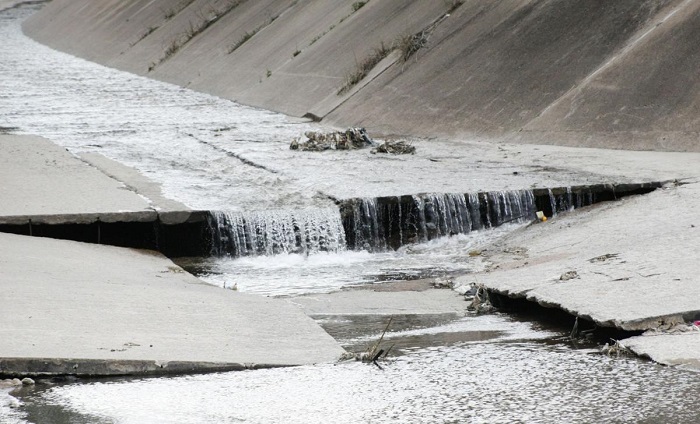 In March 2017, Sen. McCain introduced the Nogales Wastewater Fairness Act, which would relieve the Arizona city of most of the financial responsibility for the new sewer system. The measure has yet to pass.

Describing the problems with the IOI as “cracks” caused by storms dramatically understates the condition of the exhausted system.

“There’s sewage in that wash regardless of this break on this side of the border,” said Nogales, Arizona, City Manager Carlos Rivera shortly after the July 2017 incident.

“It’s nothing new. It happens every single day.” 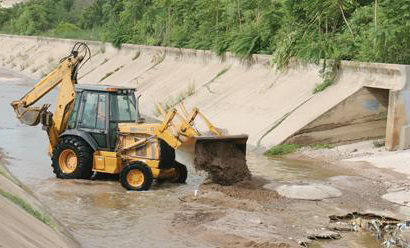 In October 2010, a substantial portion of the pipeline near the U.S.-Mexico border burst. Price tag: $1.4 million.

A 2008 inspection by the Army Corps of Engineers found that severe scouring of the bottom of the pipeline by sand and gravel cascading through it during storms had worn away the concrete down to the rebar in many areas.

According to the Corps’ report, the overall structural stability of portions of the system “has been compromised,” and that “its performance under current imposed loads is very unpredictable and a hazardous condition.”

The list of what’s at stake with the deteriorating system is long. In addition to health concerns in Nogales and surrounding areas from the spills, the existence of an important Arizona river, the Santa Cruz, is in jeopardy.