Just as the State Legislature began preparing for the 2018 legislative session early in the New Year, Arizona Department of Water Resources Director Tom Buschatzke and other water experts began briefing lawmakers on some of the fundamental issues facing Arizona’s water supplies.

On January 4, State legislators heard from a panel of experts on desalination – potentially one of the most intriguing water-augmentation sources for Arizona – including Water Resources Director Buschatzke. 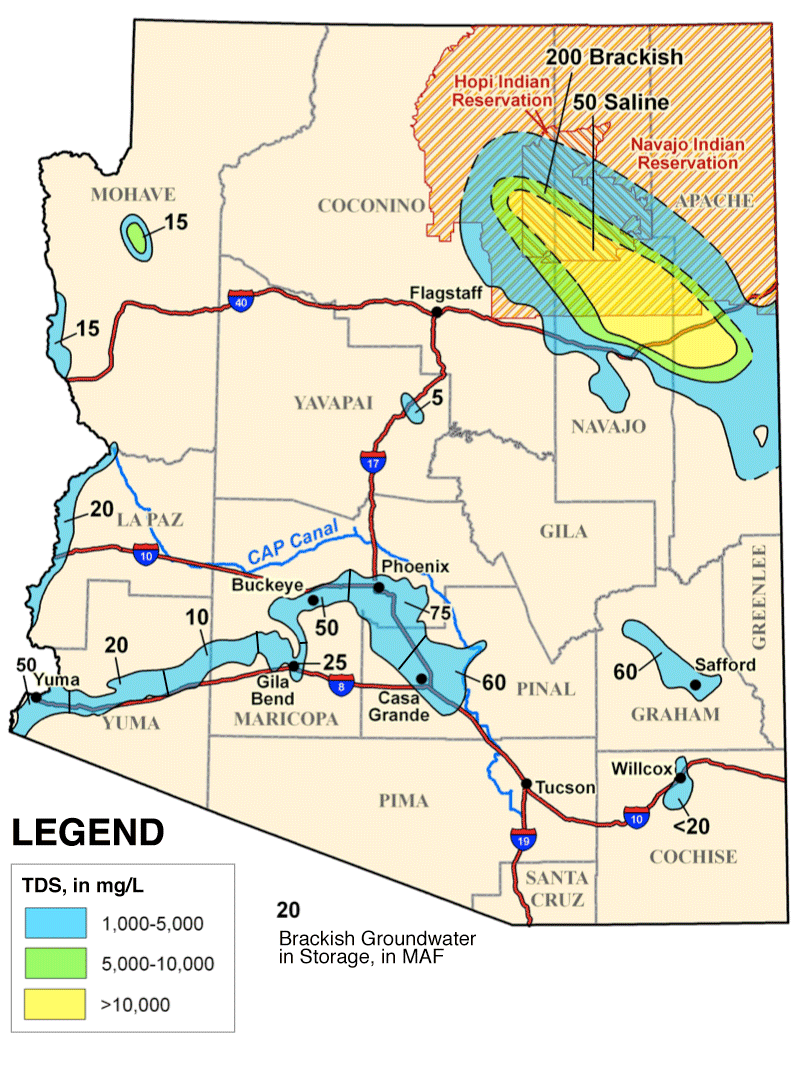 Quoting from the 2012 Bureau of Reclamation Basin Study of anticipated conditions on the Colorado River system, Buschatzke observed to lawmakers at the conference that “seawater desalination may be the most cost-effective and politically viable importation option available to Arizona.”

The Director addressed a wide assortment of desalination issues and opportunities, including desal prospects in partnership with California and Mexico.

Among them: an “augmentation work group” organized by the seven Colorado River Basin States (and, at the time, co-chaired by Buschatzke), as well as the potential for joint Mexico-U.S. desalination projects that have been opened up by the signing of Minute 323 in September. Minute 323 is an extension of the existing, long-term water-related agreements between the two countries.

Buschatzke observed that residents near the locations where the brackish groundwater exists have expressed some concerns that the desalinated water may be transported away from their area:

“I will say that there are communities that are concerned about the local area impacts for treating and transporting away from their area brackish groundwater desalination. We heard those concerns in the desal committee of the Water Augmentation Council.”

Regarding the Yuma brackish-groundwater “mound,” Buschatzke told lawmakers attending the conference that estimates coming out of a recent study indicate that “50,000 acre feet of (potable) water per year” could come out of that mound of saline water at the cost of about $550 per acre foot.

Also, Buschatzke briefed the lawmakers on the activities of the desalination committee of the Governor’s Water Augmentation Council, whose mission is to research and identify potential locations for brackish groundwater desalination projects, and to discuss the potential for implementing those projects.

“Their goal is to identify a project to potentially move forward with,” he said.

Partly because its “total dissolved solids” content often is far lighter than seawater, brackish groundwater is often considered a less expense option than seawater for desalination.

The director noted to lawmakers in his slide presentation that a 2016 study by the Montgomery & Associates consulting firm identified that “an estimated 600 million acre-feet of (brackish) water is obtainable in Arizona” through desalination – an amount 200 times greater than Arizona’s annual delivery of Colorado River water.

Buschatzke’s slide presentation included a map identifying the major brackish groundwater sites around the state – a map that had been prepared in 1973 by an ADWR employee, Debra Daniels. Incredibly, Daniels’ estimates of the location and size of brackish groundwater deposits stand up today, 45 years later.

While noting the substantial challenges – including drought-inspired threats to the State’s Colorado River supplies and the increasing strain on groundwater in some regions – he reminded both committees of Arizona’s long legacy of meeting those challenges. 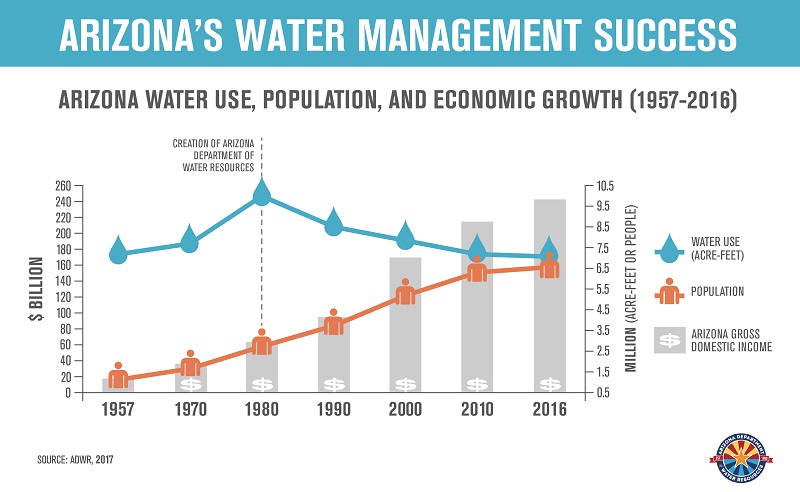 In particular, he observed the remarkable fact that Arizonans today use less water than they did in 1957, when the State boasted a sixth of its current population and an economy almost 1,800 percent smaller than Arizona’s economy today.

“That is something we all should be proud of,” he said.