From the perspective of humans, the experiment being conducted now on the Colorado River below Glen Canyon Dam may not seem like the best use of a scientist’s time. 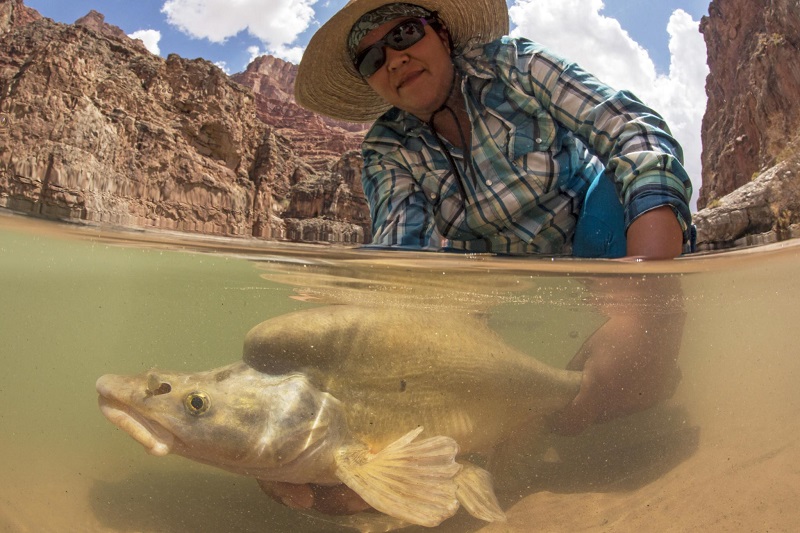 If all goes well, for example, the experiment should prompt a noticeable increase in the populations of black flies and midges. Hopefully by as much as 26 percent.

And, if things go really well, the experiment even might prompt the return of bigger bugs that had all but disappeared from the area –creatures like caddisflies and mayflies. The sort of buzzing, circling, flying annoyances that help make a hot day in the out-of-doors memorable. Although not in the best of ways.

From the perspective of fish living in the region, on the other hand, the “Experimental Macroinvertebrate Production Flow” project – aka, the Glen Canyon “Bug Flow” – may mean life itself.

Beginning this month, a team of scientists from the U.S. Geological Survey is conducting an experiment intended to increase the production of insect eggs and larvae that provide food sources for fish populations on the river below Glen Canyon Dam.

Between May 1 and August 31, this “flow-based” experiment will adjust the planned releases from the dam that creates Lake Powell in order to maximize the conditions favorable to insect eggs.

The flows consist of steady weekend releases and normal fluctuating releases during weekdays. 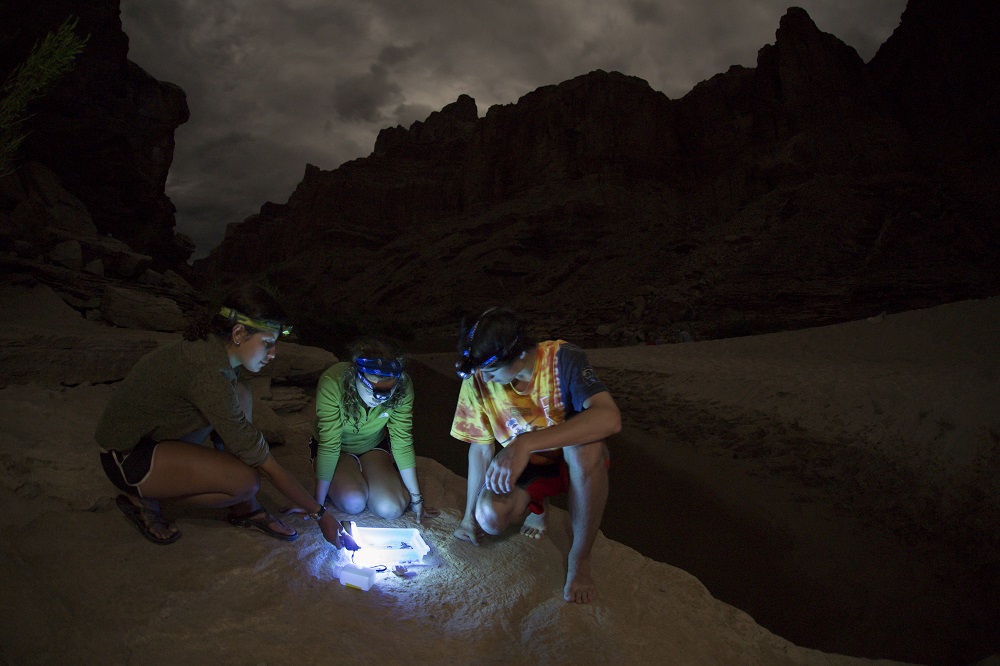 While the patterns of water releases are changed, the amount of water flowing out of Lake Powell and, ultimately, into Lake Mead, remains unchanged.

The rhythm of the releases is intended to keep insect eggs, which typically lay just below the water’s surface, from drying out when water levels go down and they become stranded above the water level or on sand bars. Increasing bug populations means increasing the health of the creatures that feed on the bugs, like fish, birds and bats.

This will be the first experiment conducted under the Record of Decision for the Glen Canyon Dam Long Term Experimental and Management Plan Final Environmental Impact Statement.

The plan was approved in April when a Leadership Team made up of representatives of the agencies involved in the operation of the Glen Canyon Dam – including the Arizona Department of Water Resources -- recommended pursuing the Bug Flow experiment. The plan went live with the approval of Tim Petty, the Department of Interior’s Assistant Secretary for Water & Science.

Researchers from the U.S. Geological Survey had noticed a distinct lack of bugs in that region of the Colorado River, including the once-prized fishery around Lee’s Ferry.

They also noted that fish in the area appeared malnourished.

Researcher Ted Kennedy of the U.S. Geological Survey told an Associated Press reporter recently that scientists studying the Grand Canyon’s ecosystems had noticed a distinct lack of stoneflies, caddisflies and mayflies, as well as other bugs, as far back as 2002.

Concurrently, they also found that the condition of fish was poor – that rainbow trout and native humpback chub appeared longer and thinner than normal and that they lacked energy.

That prompted Kennedy and other researchers to begin examining the bug populations. They saw linkage between the condition of the fish and the lack of a stable food source.