Lake Mead shortfall as soon as 2019? Don’t write it off

In case you hadn’t noticed, we’ve had some beautiful warm, sunny, dry days of late.

And weeks. And months. The entire Southwest, in fact, has experienced one of the warmest, driest winters on record. For golfing and hiking and living the outdoor lifestyle, that’s great, of course. But, alas, there is an unsettling flip side to all this fair weather.

That dark flip side is the possibility of an unprecedented lack of snowpack runoff in the Colorado River system. Forecasts are calling for a continuation of the dry weather into the fast-approaching spring.

Winter – typically the Southwest’s season for accumulating snowpack in its mountain regions, which provides runoff into reservoirs like Lake Powell and Lake Mead – is nearing its end, regardless what groundhogs in Pennsylvania claim.

Arizona Water News recently sat down with Tom Buschatzke, Director of the Arizona Department of Water Resources, to discuss the consequences of what may be a record-low amount of runoff into the Colorado River system from the 2017-2018 Winter snowpack(PDF out of date, alternative link) (alternative link to change the dates).

A transcript of that conversation, as well as a link to the live recording, can be found below:

Arizona Water News: Director Buschatzke, there is a concern that the lack of snowpack in the western Rockies – particularly in the southern sectors of the Rockies – may result in an unregulated runoff into Lake Powell this spring that may be at a record low. How real is that possibility?

We do know that the runoff is not linear to what the snow-water equivalent is showing, but it is pretty alarming that we are tracking at this point 2002, or actually a little bit below 2002. 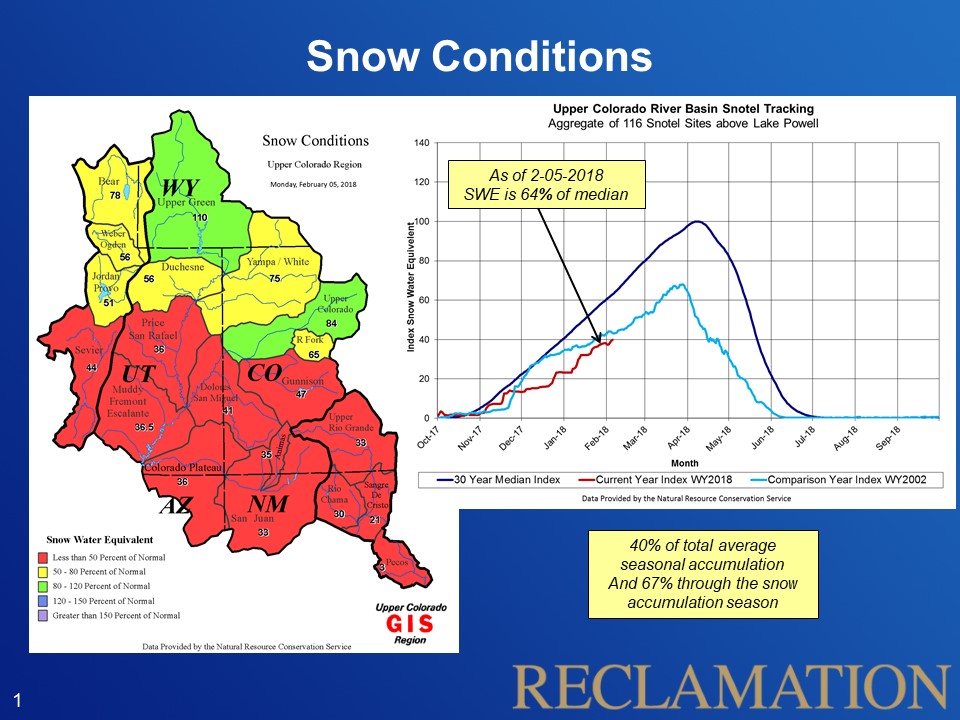 AWN: The Bureau of Reclamation has declared that there is almost no chance of a shortfall in water delivered from Lake Mead next year. But is there a chance that those predictions may change as a result of these extremely dry conditions in the Rockies?

TB: Yes, there is certainly a chance that that that prediction, that forecast, may change.

If we can’t conserve enough water in Lake Mead to make up the difference, that will be a high bar to achieve between mid-April and the end of July, which would be the time period in which we’d have to do that conservation.

AWN: We’re not the only ones experiencing an abnormally dry winter. California’s snowpack in the Sierra Nevada also is very low right now too. How might that impact California’s stored water in Lake Mead?

TB: If the snowpack in the Sierra Nevada continues to be also very low and the allocations of the State Water Project remain very low, that means southern California is going to get much less water from northern California than it normally does. It also means that they will be looking to make up the difference somehow, and they will be looking probably at the Colorado River to make up that difference. 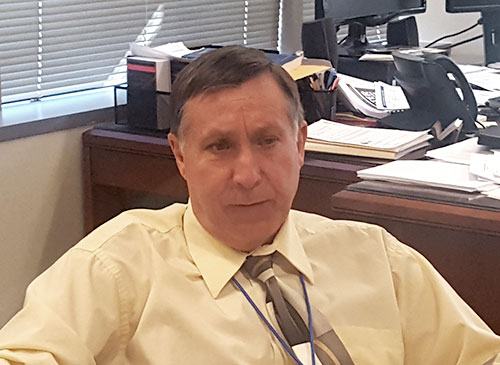 Potentially, some of that water stored by California – by the Metropolitan Water District (of Southern California), particularly – that is stored in Lake Mead might start coming out of Lake Mead.

There is about 500,000 acre-feet of that water stored. That is over six feet of water under the regulations that control water going in and water going out of Lake Mead. California can take 400,000 acre-feet – or five feet of water (off the top of Lake Mead) – in this calendar year. So, that is a potential that plays into the possibility that the prediction made by Reclamation so far might also change.

AWN: How does the unusually dry winter affect the discussion among the Colorado River states regarding a Drought Contingency Plan? Many Colorado River stakeholders felt that last winter’s higher-than-average snowpack created a so-called “comfort zone” regarding finalizing a DCP. Can they remain comfortable about water in the Colorado now?

TB: So, I think between the states -- the state folks who worked on that Drought Contingency Plan – we are in agreement that we need to finalize that Plan.

Some of the individual stakeholders, water-users, etc. that may have believed that there is a “comfort zone,” that we have bought time to further work on the Drought Contingency Plan, I think, need to really address what is happening with the hydrology and the increasing risks of not just the short-term impacts on Lake Mead, but potentially going into a shortage in 2019.

(They need to address the fact that) this bad hydrology also has implications for the future and for the lake falling to those critical elevations that the Drought Contingency Plan was intended to protect.

So, they should not be comfortable about water in the Colorado River. We need to continue to work to finalize the Drought Contingency Plan. And we need to make sure that in Arizona we have the tools in place to make that happen.