It’s official: 2018 has been the driest winter ever for Arizona’s mountain watersheds

It’s official: 2018 has been the driest winter ever for Arizona’s mountain watersheds

It’s official: 2018 has been the driest winter ever for Arizona’s mountain watersheds
Published: April 6, 2018

Not without good reason, the nation’s media have been focusing on the dramatically thin snowpack of the Upper Colorado River Basin, which portends a meager amount of runoff into the Colorado River system.

As of April 2, the basin snowpack stood at just 72 percent of normal, heralding a runoff season that may be the sixth driest in the 55 years that Glen Canyon Dam and Lake Powell have been in place to capture the runoff. 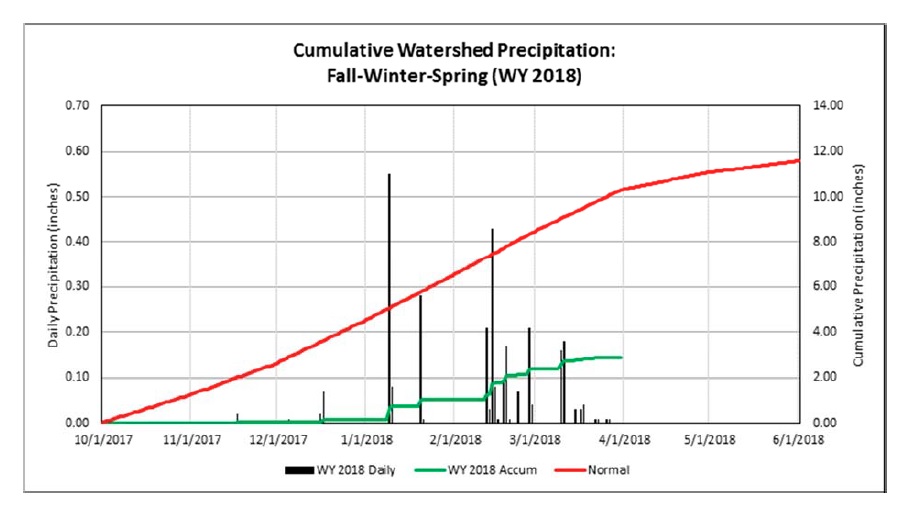 Bad news? Oh, yes. But where Arizona’s renewable water supplies are concerned, the 2018 story gets still worse. As opposed to the Colorado River system, the in-state river systems are setting records.

The Salt River Project is reporting that, according to provisional data for runoff in the Salt and Verde reservoir systems, the January – March runoff totals are “the lowest amounts on record dating back to 1913.” 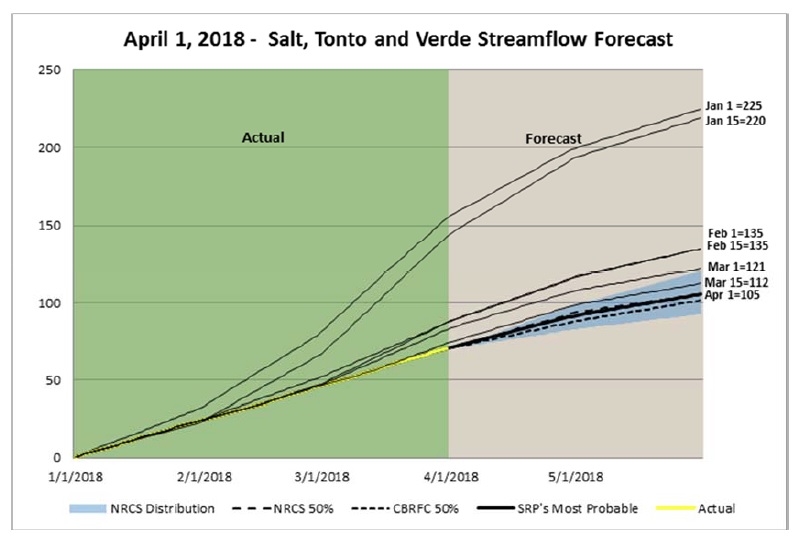 Water Year precipitation for the State’s two major watersheds (Oct. 1 – Mar. 31) stood at just 2.88 inches, a figure that unsurprisingly graded out as “Well Below Normal.”

As a result, runoff in the watershed has been extremely poor. SRP data indicate that runoff into the Salt and Verde reservoirs in March stood at just 14 percent of median – the second-lowest amount on record.

In the wake of a December – February snowpack season that produced next to nothing in the two Arizona watersheds, three small storms after mid-March produced a snow-water equivalent of just 22,000 acre-feet, most of it at the highest elevations of the region. 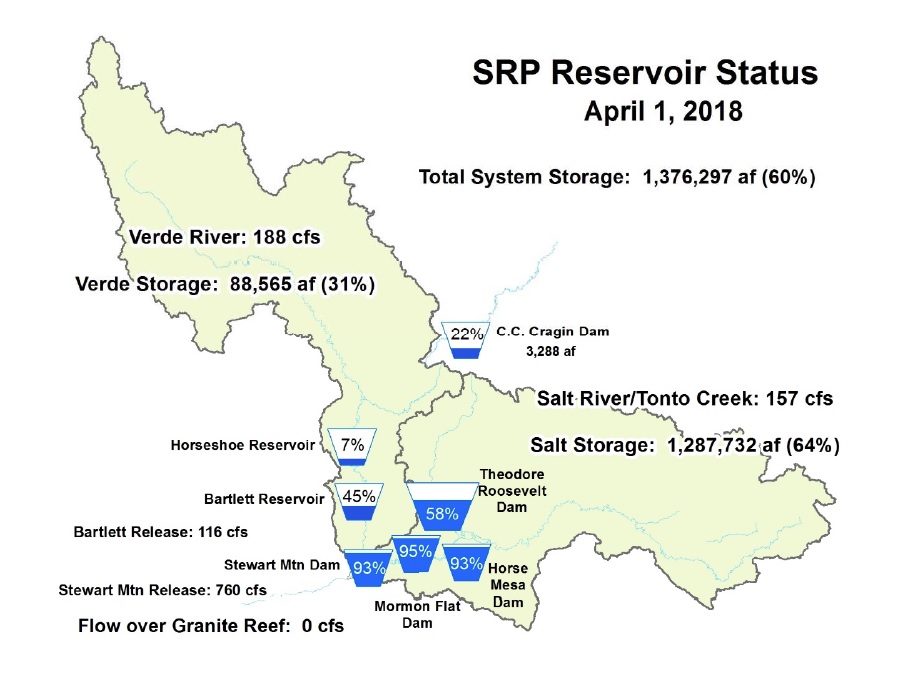 Overall, total watershed streamflow this runoff season (January -May) is forecast to be near the lowest on record, which stood at 106,000 acre-feet in 2002.

If you seek to frolic in the snow in Arizona, you’ll be hard-pressed to find white stuff for your skis: According to satellite data, just 0.3 percent of the watershed had snow coverage as of April 1.

If winter in Arizona proved dry, early spring doesn’t hold out much hope for moisture here, either. Reports indicate that Arizona should anticipate warmer, drier weather through the first half of April, at least.