The interagency coordinating group that analyzes Arizona’s drought status on behalf of the Governor had some good water news and some bad water news at its Nov. 28 meeting.

The good news? As reported by Mark O’Malley of the National Weather Service, there is a better than 90 percent chance that El Niño conditions in the eastern Pacific Ocean will persist throughout the coming winter, and that means a good chance of rain and snow. 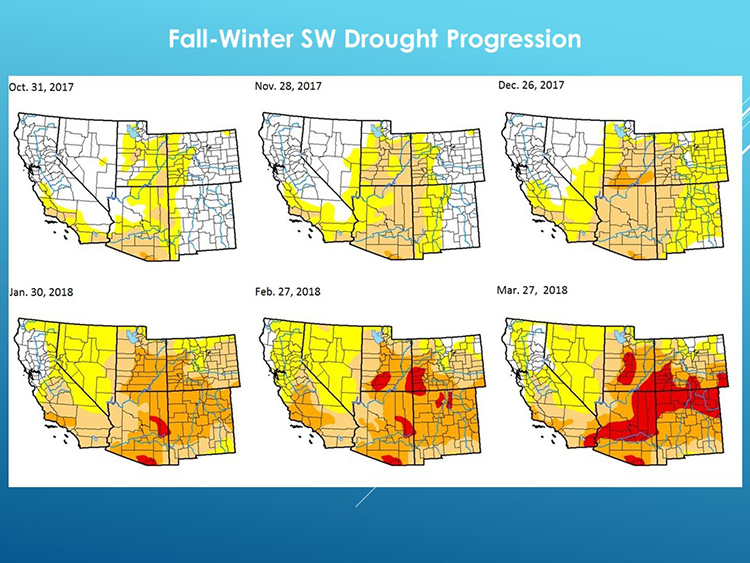 The bad news? With the exception of a reasonably good monsoon season, Arizona just experienced one of its driest years ever. As State Climatologist Nancy Selover noted, every county in Arizona except La Paz experienced a drought disaster declaration.

In terms of moisture, “it was a pretty ugly year,” said Selover, a panelist on the Interagency Coordinating Group.   At the meeting’s conclusion, the ICG recommended to Gov. Ducey that he continue the existing Drought Emergency Declaration for Arizona.

Twice annually, the ICG gathers to report on where Arizona and the Southwest have been, weather-wise, since its previous meeting and to give its best analysis of where the State’s climate and moisture production may be heading in the approaching months. 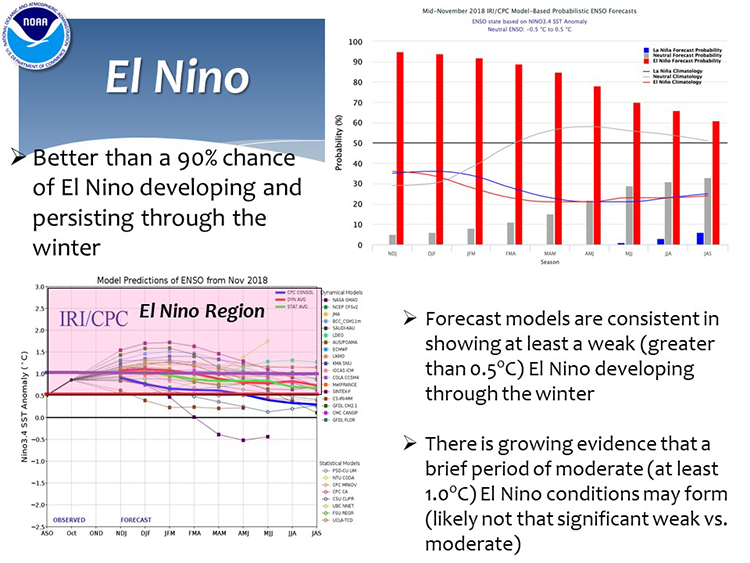 As Selover described, the 2018 spring was extraordinarily dry, bringing serious drought conditions back to Arizona a year after they had eased considerably following a comparatively wet 2017 winter season.

Where drought conditions had largely abated throughout the Southwest in October 2017, they returned with a vengeance by late March 2018, especially in areas of northeastern Arizona, the Four Corners area, and virtually all of northern New Mexico.

Going forward, O’Malley expressed optimism that the Upper Basin of the Colorado River system should see good snowpack, although warmer temperatures may cause some of that moisture to arrive as rain.

Snowpack that lingers long into the spring is much more conducive to a healthy runoff into the Colorado River system than moisture that arrives as rain.

“That will be a big concern going forward,” said O’Malley. 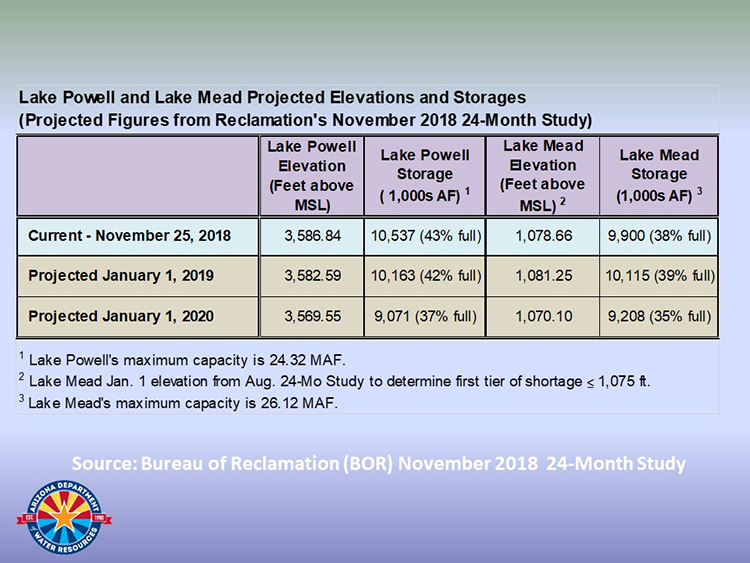 Still, he added: “I’m optimistic that the total precipitation numbers will be near average.”

According to the most recent Bureau of Reclamation figures, Lake Mead will reach 39 percent or 1,081 feet, in January 2019, and 1,070 feet, or 35 percent of capacity, by January 2020. According to existing system guidelines, the Secretary of Interior will declare a water-delivery shortage on the river if Lake Mead levels fall below 1,075 feet at the start of the calendar year. 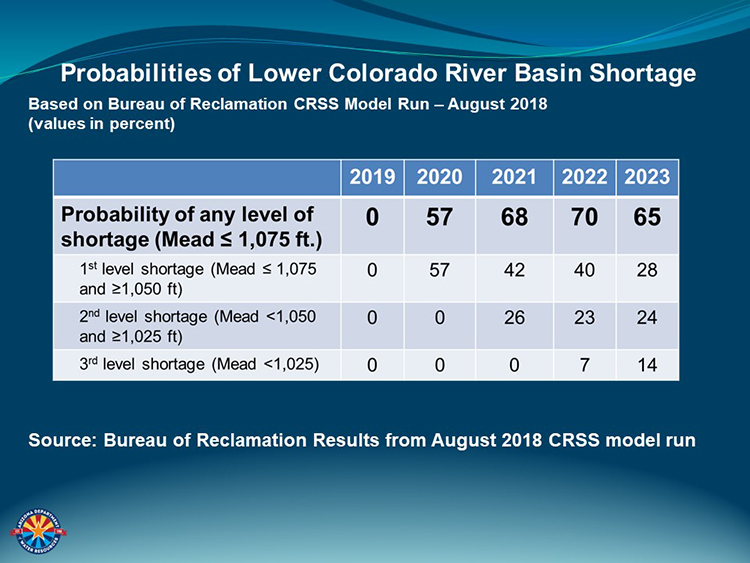 ADWR Director Tom Buschatzke, who co-chairs the panel, said a shortage “is going to happen.”

“We can’t do enough conservation to avoid it. We are all anticipating shortage in 2020.”

Fortunately, added Buschatzke, plans for dealing with system shortage are falling into place: