Water conference at the U of A dives deep into issues facing irrigated agriculture
Published: March 31, 2017

Irrigated agriculture in Arizona is a $17 billion-per-year industry in transition, according to speakers at a widely acclaimed conference on issues facing Arizona ag earlier this week at the University of Arizona.

It is an industry consumed with the most effective and efficient uses of water, its prime ingredient after tillable soil.

Wise uses of water, including innovative flood-irrigation and sprinkler technologies, as well as the prospect of water-policy reforms on the political horizon, took up much of the panel-time during the Water Resources Research Center’s  annual conference at the UofA on Tuesday. 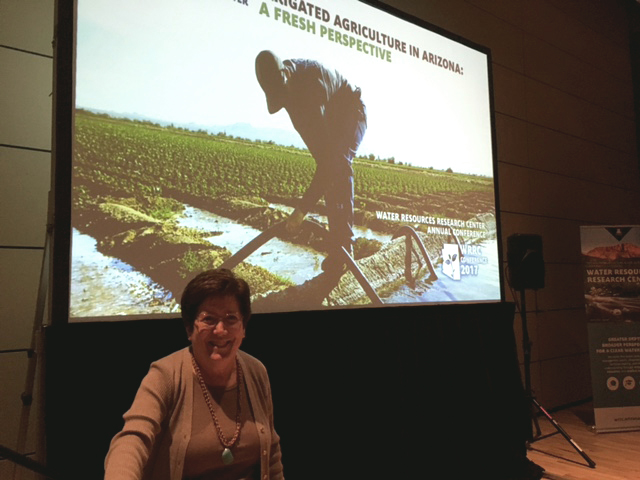 As noted, many of them involved the application of water.

One panel, moderated by Amelia Flores, tribal secretary of the Colorado River Indian Tribes, considered the attributes and detriments of “fallowing” formerly tilled acres – that is, not planting crops in order to conserve water.

Panelist David Bradshaw of California’s Imperial Irrigation District observed that, conceptually, fallowing is not popular among farmers, for whom tilling soil and growing things often is more of a calling than an occupation.

Nevertheless, he added, the “very first year” that the IID instituted a fallowing project paying customers to fallow a certain percentage of their acreage, “we had to go to a lottery system.” For people used to the vast uncertainties of farming, the prospect of guaranteed income proved a powerful draw. 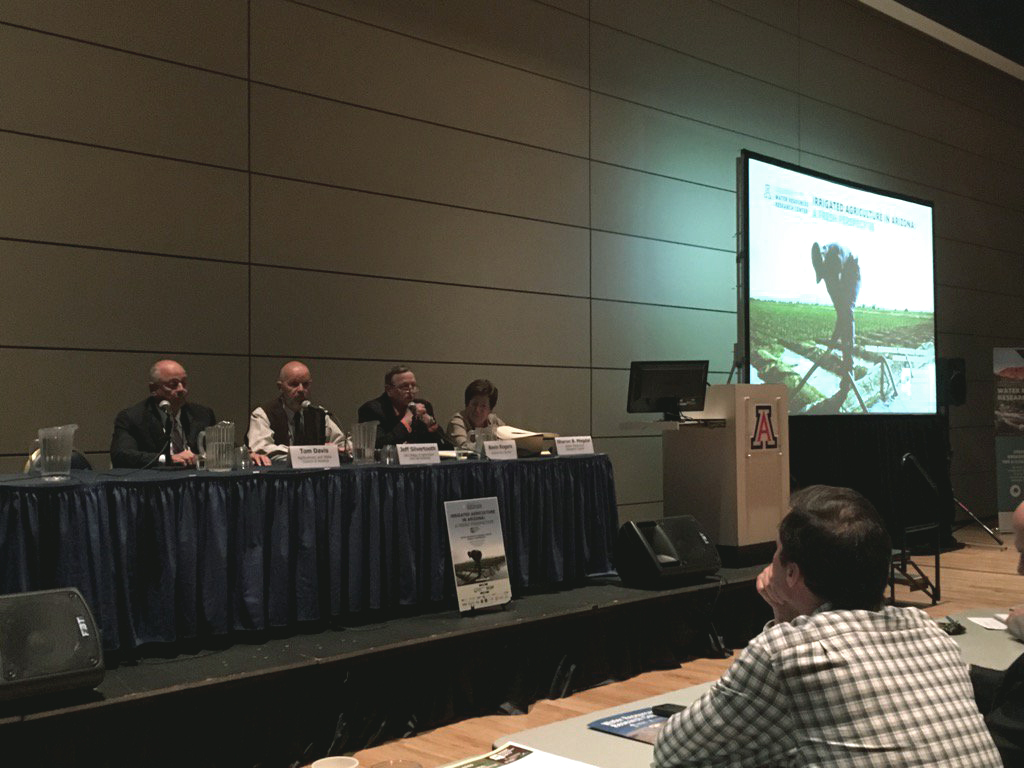 Financed by the Metropolitan Water District of Southern California, the temporary fallowing program stirred ages-old concerns among farmers that ever-thirsty, ever-growing urban centers (such as the substantial urban region on the West Coast served by Metro Water) might in fact be out to permanently appropriate their water, one way or another.

“We attached a disclaimer,” said Meghan Scott, attorney for the BARD Water District of southeastern California, regarding a fallowing proposal that would leave some of BARD’s allocation in Lake Mead to bolster water levels there.

“We said participation in no way affects our allocation. In no way are we giving up the right to that water.”

The event, which attracted a reported 20 percent increase in attendees over the 2016 WRRC water conference, began with a viewing of a documentary produced with the help of Arizona State University’s Morrison Institute and ASU’s Decision Center for a Desert City.

The film, “Groundwater: To Enact a Law for the Common Good,” tells the story of the often dramatic enactment of Arizona’s 1980 Groundwater Management Act, an act of politics helped Arizona navigate its on-going, epic drought.

That early-morning session bookended a late-afternoon session on the water challenges facing Arizona outside of the central farming regions – that is, in the largely unregulated areas outside of the five Active Management Areas that were created by that 1980 groundwater-management act. 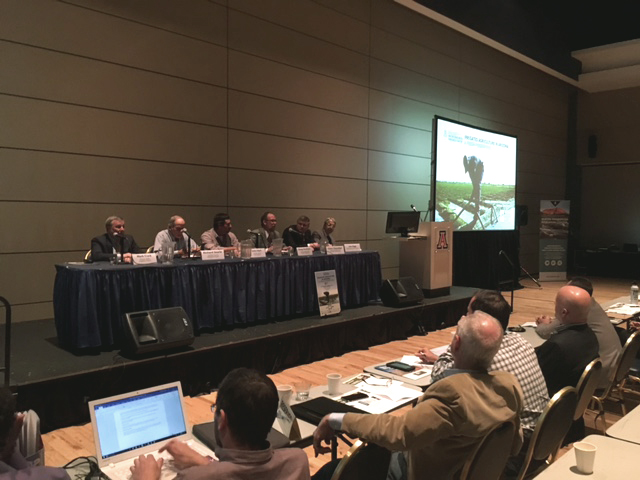 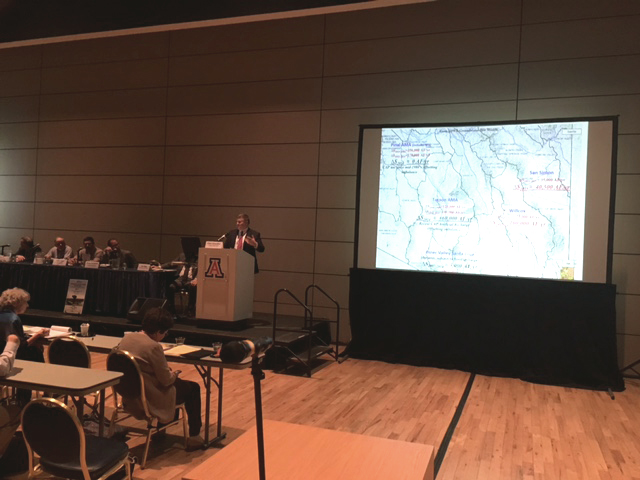 Searle and Hart provided their own, first-hand anecdotal evidence about the rapid descent of water levels in their wells. Their Cochise County farmland is almost exclusively dependent on groundwater extraction.

The problem, said Searle, is the rapid growth of farmers, including agribusinesses conducting tree-nut farming.

“We’re seeing (earth) fissures. We’re seeing land subsidence. Our agricultural users have had to re-shift their wells because of it,” said Searle.

Clark of Mohave County noted similar, rapid change in rural land use in his northwestern Arizona region, although Clark conceded that “there’s not a lot of evidence right now that (the new farming interests) are depleting the aquifer.”

Along with Dunham, Clint Chandler assistant director for Water Resources outlined the data that the department uses to identify water uses in rural regions. The lack of reporting requirements renders water-use in unregulated regions like Mohave County difficult to determine.

“We ask you to stay tuned,” said Chandler.