It was the intensity of the debate over a new, muscular groundwater law that the participants remember most vividly.

The Arizona governor at the time, Bruce Babbitt, said he attended so many hard-fought meetings on the issue that for years afterward his two sons would say “Dad’s off to a groundwater meeting” whenever he left home. For any reason.

Jim Bush, a representative for mining interests and one of the most powerful individuals at the state Legislature, would describe the experience as the first big political battle he ever lost.

And former Sen. Jon Kyl, then representing Salt River Project and agriculture, described the experience of debating what would become the Arizona Groundwater Management Act of 1980 as a relentless, exhausting daily pummeling by superior forces aligned against him.

Such were the emotions described in the soon-to-be-released documentary, “Groundwater: To enact a law for the common good,” which chronicles the fierce, statewide debate nearly 38 years ago over a proposed law that would become the most far-sighted and effective groundwater protections ever enacted in the U.S.

The debate about the film and the state’s groundwater-protection laws at a previewing of the documentary at the Prescott Elks Theater on May 17 wasn’t quite that feisty. It wasn’t quite as intense as the struggle to create the law itself.

But in many ways the panel-audience discussion following a viewing of “Groundwater” mirrored the origins of those difficult days.

For the Prescott-area audience of nearly 300 people, the viewing of the important documentary spoke to a lot of great – and growing – concerns about their own sources of water.

And many of them in attendance wanted an answer to a single question about water: What is officialdom going to do to help assure their access to it?

“Groundwater” is a production of Kathleen Ferris, a former director of the Arizona Department of Water Resources, and filmmaker and screenwriter Michael Schiffer.

At the time of the great debate over the 1980 groundwater law, Ferris was a young attorney at the state Legislature who was tabbed to head up the staff for the ad hoc committee planning the legislation. Like many of the participants, Ferris considered the experience one of the defining moments of her professional life.

Population growth, drought and groundwater use in the greater Prescott area has stirred a lot of those same emotions among residents.

Following the screening of the 26-minute documentary, an issues-diverse parade of residents addressed questions to panel moderator Ferris, as well as to the six-member panel of water experts. 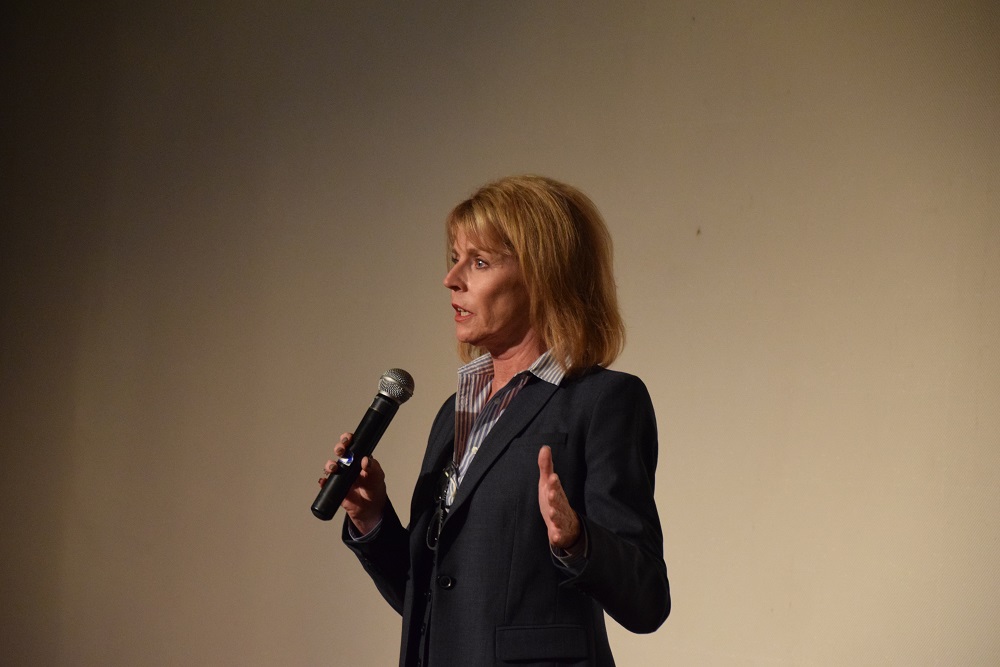 The panel included ADWR Director Tom Buschatzke; Greg Kornrumph of Salt River Project; Sarah Porter, director of the Kyl Center for Water Policy; Thomas Thurman, chairman of the Yavapai County Board of Supervisors, Doug Von Gausig, director of the Verde River Institute and Mayor of Clarkdale; and, Schiffer, who in addition to co-producing “Groundwater” also has written screenplays for acclaimed movies such as “Colors” and “Lean on Me.”

Several attendees raised concerns about growth in the Prescott area. Prescott is within an Active Management Area under the terms of the Groundwater Management Act and is seeking a reliable water supply that will not impact the nearby Big Chino aquifer, which helps supply the headwaters of the Verde River.

Resident Leslie Hoy raised concerns about the “mixed message” sent by an Arizona government that encourages economic and population growth while at the same time urging water conservation.

“Why should I conserve when so many new people are coming?” asked Hoy. “Where is the water going to come from?”

Water Resources Director Buschatzke said he did not believe the promotion of both growth and conservation constituted any kind of watery dichotomy. One of the most meaningful data points regarding Arizona’s use of water is the fact that modern Arizona – with five million additional residents – uses no more water than it did in the mid-1950s. 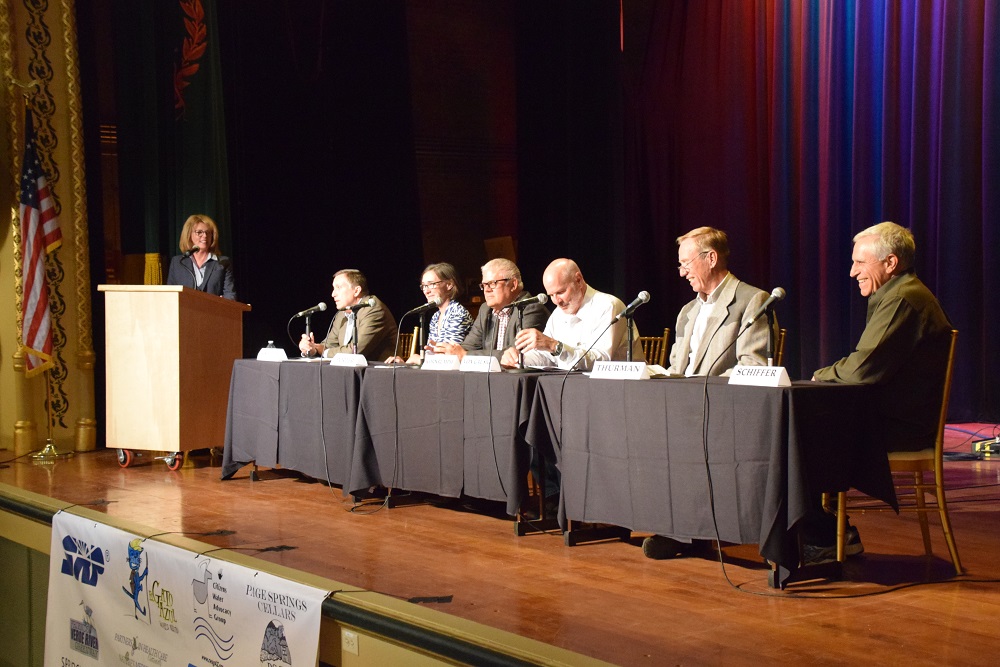 “I think part of what water conservation can do, besides facilitating future growth, is also create possibilities (for the communities),” said Buschatzke.

“They can do more things if water conservation is happening.”

One of the more intense moments of the event came when a self-described environmental activist accused Ferris of having de-emphasized the importance of the environmental movement in her documentary.

Joe Trudeau of the Center for Biological Diversity criticized the film for not using the word “environment,” and for focusing the groundwater debate on the competing interests of large-scale water users such as cities, agriculture and mining.

Schiffer lit into Trudeau’s characterization of events that predated virtually the entirety of the organized environmental movement.

“That is a ridiculous accusation,” said Schiffer, who noted that then-Gov. Babbitt said in the film that they consciously “kept everybody out (of the discussion) who could interfere.”

“They did that,” said Schiffer, “to preserve the environment of Arizona.”

“Until you realize you are on the same side, it will be much harder to achieve your goals,” he said to Trudeau.

The photos of the event were shot and provided to the Arizona Department of Water Resources by Col. Robert D. Shanks, USAFR (Ret.),  for the event produced by Pastor/Davis Productions.