Planned water releases from Lake Powell may not look great, but they look good

Planned water releases from Lake Powell may not look great, but they look good

A real “balancing” act: Planned water releases from Lake Powell may not look great, but they look good
Published: April 19, 2017

It’s amazing how a few dry weeks can mess up things.

A very dry and warm early March has scuttled the federal Bureau of Reclamation’s much-anticipated plan to release over 11 million acre-feet of Colorado River water from Lake Powell downstream into Lake Mead – a so-called “equalization” release.

Following the unexpectedly wet winter that delivered a Rocky Mountain snowpack at more than 160 percent of average, prospects looked good for a big release from Powell that would have a major impact on water levels in long-threatened Lake Mead.

But Reclamation officials make their release decisions based on the hard facts on the table on April 1, and those facts indicated that the warm, dry early days of March meant there would be as much as 1,100,000 acre-feet less of runoff than they had projected at the beginning of March.

So, all things are not equalization in the Colorado River system. Still, the planned release amount is nothing to sneeze at. 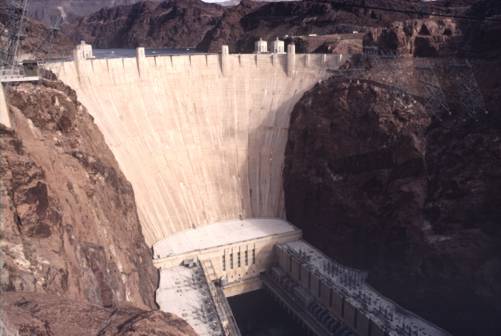 A disappointment? Sure. But the planned release amount is higher than the normal release of 8.3 million acre-feet, and it should be enough to keep Lake Mead from descending below levels that would trigger a shortage declaration, according to BOR spokesman Marlon Duke. Already, Lake Mead is 1.5 to 2 feet above expectations at this time last year thanks to higher than anticipated intervening water flows into Lake Mead. Continuing conservation by the Lower Basin states has also helped keep Lake Mead’s elevation above the shortage-declaration threshold.

That is good news for central Arizona water users, who would have to take cuts in their annual allotments of Colorado River water if Lake Mead levels fell below 1,075 feet, the agreed-upon level for taking cuts.

“It’s pushed that shortage likelihood out into the future,” said Duke to reporters.

How far into the future? That’s hard to say, said Duke. 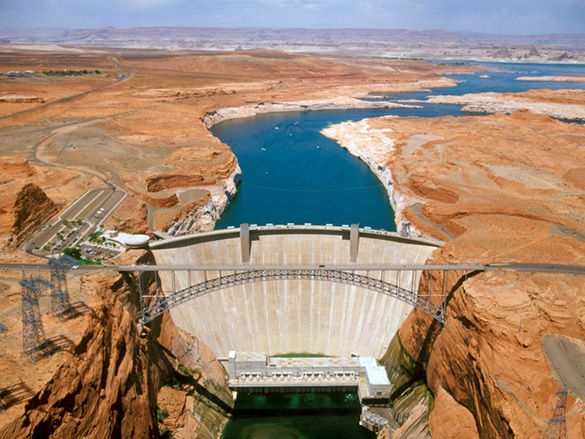 At a maximum capacity of 26.1 million acre-feet, Lake Mead is slightly larger than Lake Powell, which can hold 24.3 million acre-feet at capacity (although, in both cases, “capacity” in the wake of 16 consecutive drought years remains a pipe dream).

The “balancing” act is intended to assure that both great reservoirs receive about the same proportion of Rocky Mountain runoff. By rule – and it is a rigidly enforced rule – once a “balancing” determination is made, releases cannot be less than 8.23 million acre-feet, and not greater than the 9 million acre-feet that BOR has announced.

According to Arizona Department of Water Resources analysts, it is “highly likely” that this season’s release will stand at 9 million acre-feet, the peak release amount.

Soil in the Upper Basin is sufficiently saturated for the 2018 runoff season that the Bureau of Reclamation is anticipating slightly above-average inflow into Lake Powell.

More water flowing now into Lake Powell makes the likelihood of the Upper Basin reservoir’s “operational tier” rising to an “Equalization Tier” in 2018. That could mean a big release of 11 million acre-feet or more into Lake Mead next year. But all this depends on Mother Nature and how much snow falls next winter.

And that is very good news for people concerned with the viability of the Lower Basin reservoir – which includes pretty much everyone in the Southwest and southern California.