Efforts to save Lake Mead flagging thanks to cold, wet winter

Efforts to save Lake Mead flagging thanks to cold, wet winter

The conservation group American Rivers has rated the Colorado River the most endangered river in the country for 2017, notably the portion of the river that begins at Lee Ferry below Glen Canyon Dam, northeast of the Grand Canyon.

That would be the portion flowing into Lake Mead behind Hoover Dam, which, as anyone following Southwestern water issues knows, is at risk of falling to levels that would create reductions in Arizona’s Colorado River supplies.

Much of the group’s concern is about federal financial investments in the system.

American Rivers fears funding for aiding Lake Mead might fall off the radar screen of the new Trump administration, which is proposing some sharp cuts to the budget for the Department of the Interior, which oversees management of the Colorado River system.

In its 2017 report, American Rivers says the Colorado system, which supplies drinking water to more than 30 million people and irrigates 90 percent of the nation’s winter vegetables, may suffer greatly from proposed federal budget cuts.

Arizona Department of Water Resources Director Tom Buschatzke says he has reached out to officials of the Trump administration’s Interior Department, “expressing our desire that they continue to work collaboratively with Arizona and the other Lower Basin states to take actions that help the river.”

The 2017 American Rivers report isn’t all about federal funding, however.The response from the new administration, he noted, “has been favorable.” 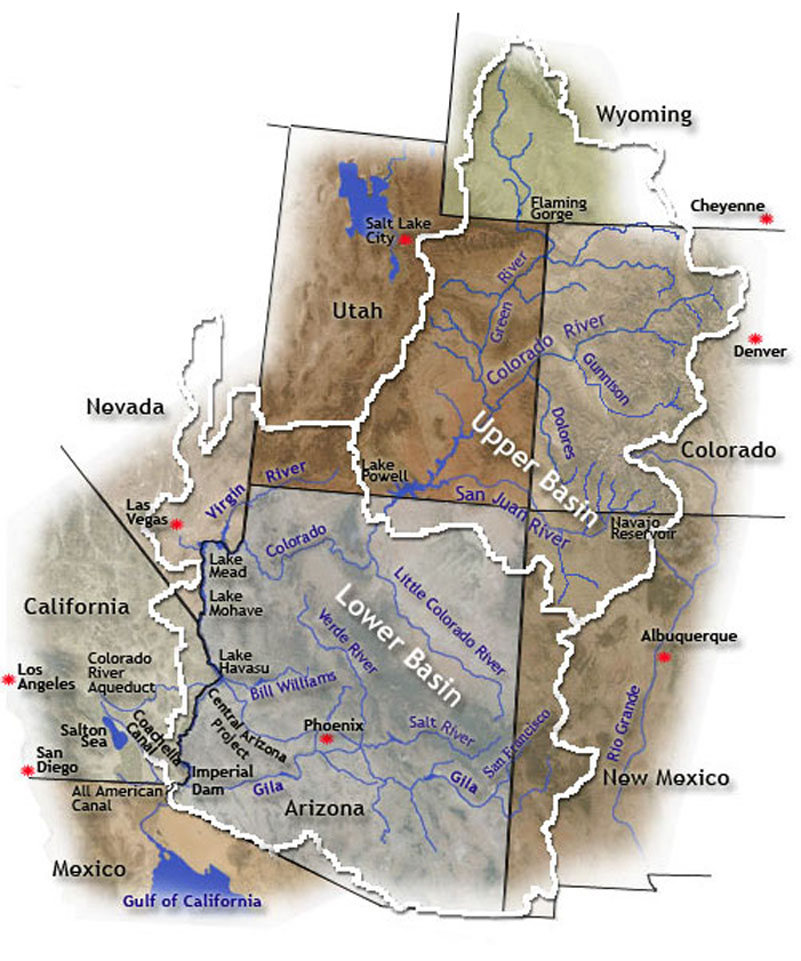 The group also fears a real loss of urgency regarding the hard work of stabilizing Lake Mead, a result of the extraordinarily wet winter in the West.

American Rivers singled out its concerns for the “Drought Contingency Plan” being negotiated among the Colorado River Lower Basin states of Arizona, California and Nevada. The DCP would require additional reductions in Colorado River use on top of the cuts that occur in the event of a federally declared shortage in the Lower Colorado River basin pursuant to a 2007 agreement.

The group also raised concerns about the Arizona-specific effort to negotiate voluntary, conservation savings in Lake Mead in an effort to keep the reservoir above the first shortage trigger under the 2007 agreement.  The goal would be to avert a shortage declaration. That effort, known as “DCP – Plus,” would conserve even more water than the DCP proposal.

“Completion of the DCP remains a top priority for the (Water Resources) department and the state,” said Buschatzke.

“Given the reliance on the Colorado River by the state of Arizona, protecting its health is paramount.”

In order to gain statewide approval of a DCP, California and Nevada must win the approval of the boards and commissions that govern their Colorado River water allocations. Only Arizona must earn the approval of its state Legislature to sign a Drought Contingency Plan.

An in-state DCP Plus, said Buschatzke, builds region-wide chain of support for stabilizing Lake Mead. By winning the support of the state’s major water users, those major users then could be expected to back the necessary state legislative action – action that is required before Director Buschatzke can sign on to the DCP deal among the feds and the states.

“Governor (Doug) Ducey and the Arizona Department of Water Resources have been instrumental leaders in creating partnerships to develop and support DCP Plus which will reduce demand on the river and create a more flexible water supply system.”

As the American Rivers report indicated, hoping for rainy, snowy winters like the epic season now ending is not the same as having a plan for fixing what ails the Colorado.

The fact that some important organizations with big stakes in the health of the Colorado River are quietly losing enthusiasm for taking up that hard work now is worrisome, they say.

Not this time. The 2017 report focuses federal funding and drought-planning issues to the exclusion of some substantial environmental issues facing the Colorado River system, such as those involving the fast-drying Salton Sea and the San Francisco Bay Delta.

That doesn’t make those difficult issues go away, of course. Says Buschatzke:

“It just shows how linked at the hip all the Lower Basin states are that actions being taken in northern California’s bay delta have implications for the states in the Southwest.”

American Rivers criteria for selecting “most endangered rivers” is not necessarily an indication that the river is environmentally endangered. Indeed, the top priority for the organization is that the issue be something to which the public may respond. The organization’s stated criteria are: