Arizona Department of Water Resources: An end-of-year report, of sorts

Arizona Department of Water Resources: An end-of-year report, of sorts

It is a safe bet that at one time or another nearly every member of the Water Resources team has needed to explain to an acquaintance what we are not.

No, we’re not the people primarily responsible for assuring the quality of the state’s water supply. Those are our valued colleagues over at the Arizona Department of Environmental Quality.

ADEQ is just across the hall. Come on over some day. We’ll introduce you.

Water Resources protects the state’s water supplies. It is our complex duty to help assure the taps keep flowing.

But, no, we’re not your water provider. Not exactly. In most cases, that would be your community’s water department, like the city of Phoenix. Or – in big-picture terms – our friends over at the Central Arizona Project. Or the Salt River Project.

All of them literally deliver water. We help assure the supply. For the entire state.

And we do more. Lots more. At which point, your casual conversation with that acquaintance gets really complicated.

We administer and enforce the most far-sighted groundwater-management laws in the nation. And, not to brag, but we’ve done that job so well that water demand in many of our communities – despite skyrocketing population and economic growth – has remained flat.

In fact, since 1986, we’ve stored over three and a half trillion gallons of water underground for future use.

Other states and localities have been forced to resort to emergency water-saving measures to combat drought conditions that seem to have caught them by surprise. Through Water Resources, Arizona has been vigilantly preparing for drought for decades.

We negotiate with external political entities – including other states and the federal government – over Arizona’s rights to the Colorado River, a mind-bendingly complex mix of salesmanship, diplomacy and a raw determination to protect the vital interests of Arizonans.

We assure the safety of non-federal dams. We collect and analyze data on groundwater levels. We research the complex intersections of weather and climate and create modelling that attempts to accurately assess Arizona’s water future.

And we are actively – indeed, urgently – working with Governor Ducey to seek out ways to augment Arizona’s water supplies while taking steps to further conserve what we already have.

That’s not the end of it. Not by a long shot. But you get the picture.

It is the mission of the Water Resources communications team to express to the public – to those millions of “acquaintances” out there – what it is that this small-but-vital division of Arizona’s government does. As you can see, there’s a lot to it.

Gov. Ducey has asked each division of state government to report on their efforts to put into practice efficiencies and best-management practices taught by his “Arizona Management System” instructors. It is part of the governor’s commitment to assure the public gets the most bang for its tax-paying buck.

From time to time in the coming months, this Arizona Water News newsletter will report on the progress that our teams here at Water Resources are making at implementing those AMS efficiencies.

We’ll describe how our strategic-planning team is doing. And report on the efficiency efforts of our team coordinating the Assured and Adequate Water Supply program. We’ll describe how the work of our hydrologists, geologists, engineers, modelers and surveyors is progressing.

This week? Well, it’s all about us. The Water Resources communications team. To paraphrase the late, indefatigable mayor of New York, Ed Koch, “How are we doin’?”

Since the early months of 2016, the Water Resources communications team has taken steps to accomplish two primary goals: 1) to enhance public awareness of the condition of the state’s water supply during an epochal period of drought; and, 2) to ensure the transparency of the records and data to which the department has been entrusted.

To accomplish that first goal, we have done a simple thing. It is the same thing that communications teams large and small in our fragmented, decentralized, mostly-online media world are attempting to do: We are expanding our viewing audience by providing useful, timely information and by carefully tracking what our analytics tell us interests that audience. 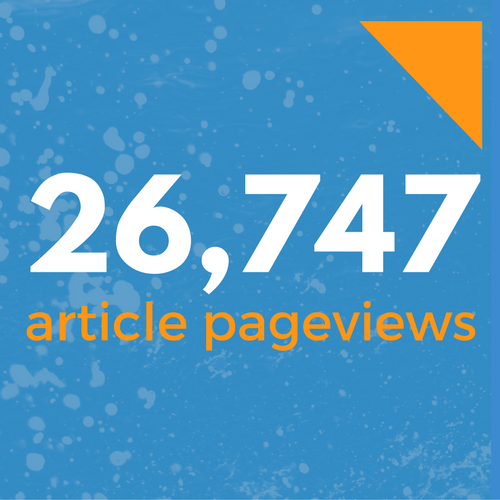 In March 2016, the Water Resources news site attracted 158 page-views. We made a commitment to increase website viewers to 11,000 by year’s

end. We blew past that figure in mid-summer and re-set our goal at 20,000. In December, we tallied 3,114 page views, and we logged a total of 26,747 page views for the year. Speaking technically, we crushed it.

How? Well, we gave our audience valuable water-related news to consume, of course, including a multi-media supply of written features, audio podcasts and YouTube video, all of which we made more easily accessible.

But we also dramatically diversified how our audience finds us.

Our Arizona Water News newsletter – the “flagship” of the Arizona Department of Water Resources media empire – increased its subscriber listings from 134 in March to over 2,000 by the end of the year.

Our presence on Twitter and Facebook has increased exponentially. In March, we counted 480 profile visits and 4,272 impressions. In December, those figures stood at 3,914 and 77,100, respectively.

Not all those readers are local readers, either. Our analytics show readers coming to our pages from Canada, India, the United Kingdom, Mexico and at least eight other countries.

Small potatoes by New York Times standards? Well… OK. Sure. But the growth curve is up. Not all “media centers” can say that.

Precious few of them, for that matter, can say they have increased their audiences without having spent a penny on promotion or advertising – or on anything outside their own doors. At Water Resources, all the media magic happens here.

What’s more, our effort to problem-solve our way to better public outreach is bearing fruit in another important respect: It appears to be improving the factual awareness about Arizona’s water story among news media in and outside the state. 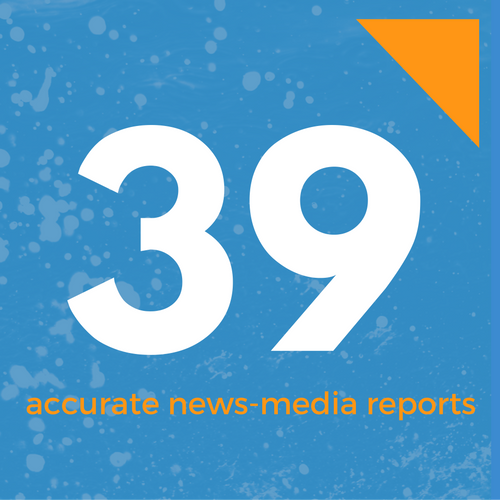 Our (admittedly subjective) log of accurate news-media reports on water issues in Arizona tracked an average of one or two reports a month in early 2016 that in our judgment related a factually accurate story.

In November, we recorded 39 such reports, including news accounts published by Politico, International Business Times, the Denver Post, the Los Angeles Times and the Wall Street Journal.

The advancing news cycle, obviously, played the dominant role in the growth of media interest in water issues involving Arizona and the Southwest. There is that whole matter of descending water levels at Lake Mead, after all.

But we’re also confident the steps we have taken to assertively tell Arizona’s water story ourselves have had an impact. Many, if not most, of the media writing about drought in the Southwest now come to the Arizona Department of Water Resources for accurate and timely water data and analysis.