One of the nation’s most experienced officials on Western water issues has been nominated to be Commissioner of the Bureau of Reclamation, the federal government’s lead organization in its dealings with Western water agencies.

And, by the way, Brenda Wren Burman also would be the first woman to lead the Bureau. 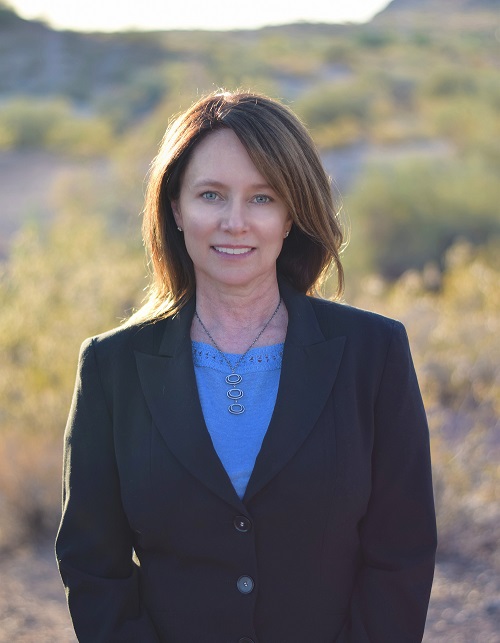 “Her background includes working with large Western water agencies, non-governmental organizations and Congress. She will be a valuable addition to the Interior team.”

The Bureau of Reclamation is a division of the Department of the Interior.

It includes more than 5,000 employees who help maintain 475 dams and 337 reservoirs that provide more than 30 million acre-feet -- 10 trillion gallons of water -- for 31 million people in the 17 Western states.

The Commissioner is also responsible for Reclamation’s maintenance of 53 hydroelectric power plants that generate 40 billion kilowatt hours annually – about 15 percent of the nation’s hydropower – and provides one out of five Western farmers with irrigation water for farmland that is the source of much of the nation's produce.

The new commissioner would direct an agency that contributes an estimated $46 billion in economic output, supporting an estimated 312,000 jobs.

Arizona Sens. Jeff Flake and John McCain both sent messages of high praise of the appointment to Interior Department officials.

“Brenda Burman’s deep background in thorny western water issues will serve her well in leading the Bureau of Reclamation,” Senator Flake, the Chairman of the Senate Energy and Natural Resources Water and Power Subcommittee, told Interior.

“I look forward to her quick confirmation so she can continue the Bureau’s critical work including protecting Lake Mead.”

It is a bank of knowledge, he said, that has been “forged through years of service at the Department of Interior and as legislative counsel to former U.S. Senator Jon Kyl, one of the nation’s foremost experts on federal and tribal water law.”

McCain added that he would “encourage my colleagues in the Senate to swiftly confirm her nomination.”

The University of Arizona law school graduate has extensive experience both on Colorado River issues in previous deployments with the Bureau. Further, her extensive resume includes water-and-power policy issues with the Department of Interior, as well as with Kyl’s U.S. Senate staff on Capitol Hill.

During her days on the Hill, Burman specialized in water and energy matters. She also assisted in enabling the Arizona Water Settlements Act, the landmark legislation that included water-rights settlements with the Gila River Indian Community and the Tohono O’odham Nation.

Burman served as Deputy Commissioner of the Bureau during the George W. Bush administration. Later, she would move to the Interior Department itself when she was appointed Deputy Assistant Secretary for Water and Science.

“I applaud President Trump’s outstanding selection of Brenda Burman as Commissioner of the U.S. Bureau of Reclamation,” said Governor Ducey.

“Ms. Burman is an experienced water professional. Her two decades of experience and tremendous service to Arizona and the country affirm the wisdom of this appointment.”

Burman currently serves as the Director of Water Policy for Arizona’s Salt River Project. Prior to that, she worked for the Metropolitan Water District of Southern California, The Nature Conservancy, and for Senator Kyl. She earned her Juris Doctor degree from the University of Arizona College of Law and a Bachelor of Arts from Kenyon College.

One of Burman’s first jobs – as a Park Ranger at the Grand Canyon National Park – proved notable when then-Interior Secretary Dirk Kempthorne tabbed her in July 2007 as his designee to the Glen Canyon Adaptive Management Work Group, a panel that later would make important recommendations regarding the management and operation of Glen Canyon Dam.

“Brenda is uniquely qualified to serve in this position: Brenda formerly served as a Park Ranger at Grand Canyon National Park, has worked on Colorado River issues for many years, and has been intimately involved with the AMWG since joining the Department in 2005,” wrote Secretary Kempthorne.