Joy and adventure at 500 cubic feet per second

Joy and adventure at 500 cubic feet per second

In the world of river-rafting, “big water” is not always the same as “wild and scary” water.

A big river like the Arkansas, for example, flattens out and quiets down markedly once it drops out of the Rockies around Cañon City in east-central Colorado, even though it may be flowing at a potent 40,000 cubic feet per second. Not exactly a peaceful, Disney-esque “It’s a Small World After All” ride. But a long way from Space Mountain. 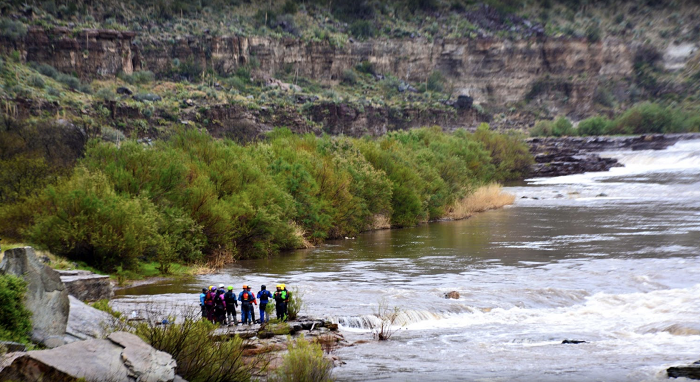 Oh, sure, the Arkansas will turn a rafter’s knuckles white and bloodless in places like Brown’s Canyon and Royal Gorge. But that’s as much because of the narrow canyon walls and the big, scary rocks as it is the raging flows.

Then, there is the Salt River of east-central Arizona. The mighty Salt. And we’re not being funny.

Even at a late-April flow of just 500 cubic feet per second, river rafting on the Salt River east of Globe by the banks of the White Mountain Apache tribal land is an exhilarating experience – and a happy reminder to Arizonans that, yes, it was a pretty decent water winter in our home state.

On a cool (counting the gusting wind, often cold) Saturday morning last week, a member of the Arizona Department of Water Resources team joined a group of friends for a day-long, 10-mile river trip down the scenic Salt River canyon country.

Our outfitter was Salt River Rafting out of Scottsdale, a multi-state river-rafting company with years of experience on the Salt.

According to Salt River Rafting owner Mike Whittington, this season (January – May, in good years) is the best one his group has enjoyed in five years. 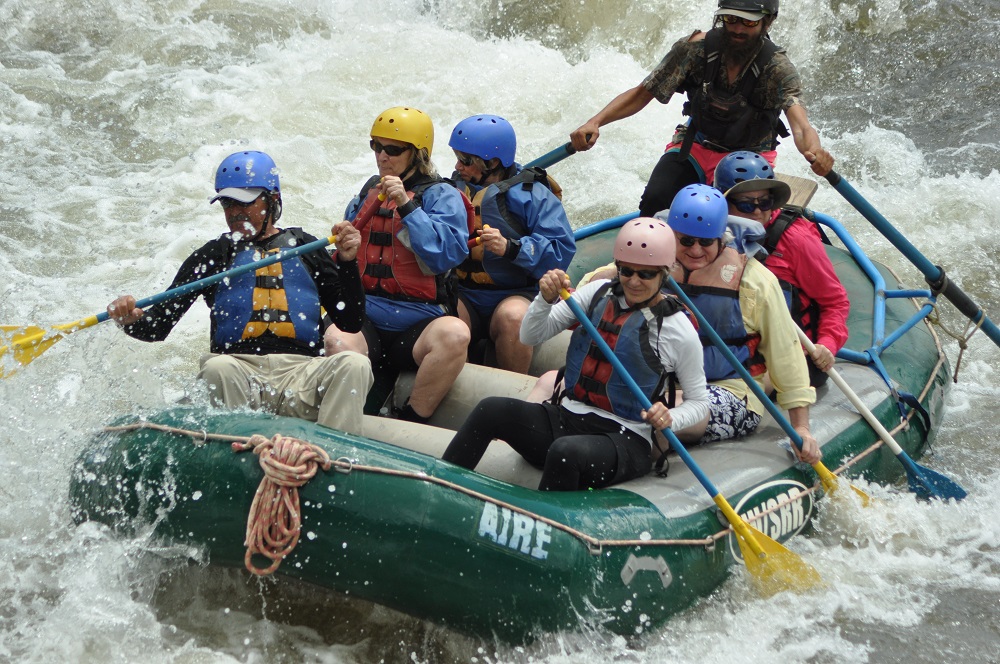 But this year? Mike’s excited for good reason: “This year, the flows from the beginning of the season into March ranged from 2,500 cubic feet per second. Now, (near season’s end) we’re at about 500 cfps.

In all, his river-runners guided perhaps 1,100 customers down the scenic lower Salt River. This year? Double that.

That meant twice as many visitors this year got to see the spectacular geography of the Salt River Canyon Wilderness, whose elevations can rise as high as 4,200 feet at the region’s higher end. At times, it rivals the western Grand Canyon.

In a river running at just 500 cfps, it takes a strong-handed river guide to maneuver among the rocks. On Saturday, guide Matt Riggins – originally of upstate New York and now of Durango, Colo. – weaves among the menacing outcrops professionally. We hung up briefly just once.

It is not disparaging at all to say that the bus ride back to base camp at the end of the rafting trip may have been the most thrilling adventure of all. 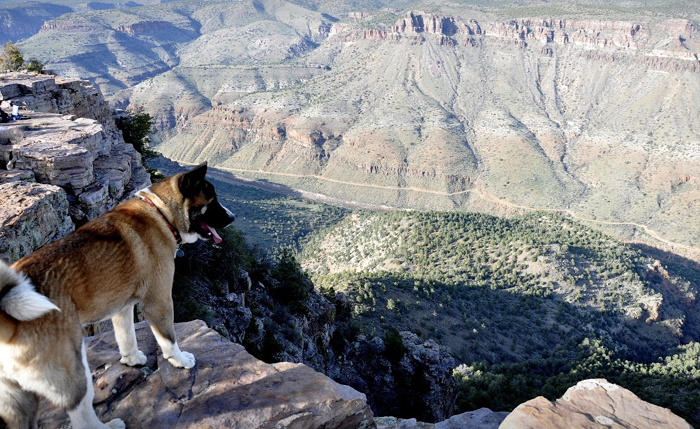 The dirt service road – often 200 feet or more above the river -- narrowed at times to about the width of a Volkswagen Beetle axle. Simply looking to the right – and down toward the river far, far below -- constituted a profile in courage.

About half-way home we had to weave between two stalled-out buses belonging to a competitor. One of them appeared to have slid into a soft spot on the gravel road and sat tilted uncomfortably in the direction of the river. A bit further down the road, most passengers had to de-bus and wade across a feeder creek so our bus wouldn’t get stuck.

(River Guide Matt vowed that later, after the guests all had gone home, all the guides – who spend the season together, riverside -- would pitch in to help tow the “other guy’s” buses home.)

Like the raft trip itself, though, the bus ride wasn’t so much scary as… adventurous. Surviving Matt’s incessant flow of pirate jokes on the bus took a greater toll on one’s senses.

Especially for those Arizonans living in the Phoenix metro area, a water oasis like the Salt River Canyon is a nearby joy – a pleasant reminder that the fruits of a moderately good winter are there for the taking less than two hours out of town.

On the salt river with  Salt River Rafting llc