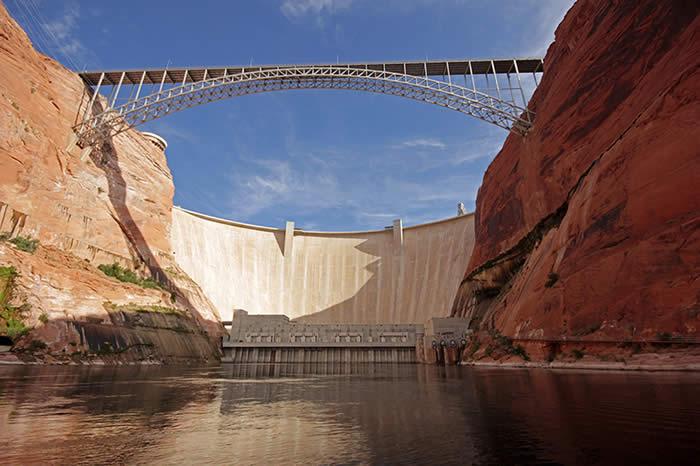 In 1997, we had a balanced, fact-based argument over Glen Canyon Dam&Lake Powell
Published: September 29, 2016

The push to “decommission” Glen Canyon Dam – that is, to open up the enormous dam permanently and drain Lake Powell – has been spiking of late, a function of long-standing anti-dam passions fueled by the on-going Southwestern drought.

It is an argument of drought-era opportunism: Why maintain two big, half-full dams when the one downstream – Hoover Dam, holding back Lake Mead – will serve just fine?

Or so contend today’s often-strident anti-dam advocates. Numerous articles and opinion pieces have been published this year arguing for “decommissioning” the dam, spurring an intense (if mostly one-sided) national debate that continues to this day.

The debates over how best to manage the once wild and erratic Colorado River did not start in this current time of drought, however. They began well before Glen Canyon Dam was completed in 1963, and will continue for decades to come.

But nearly two decades ago – in September 1997 – the advocates for maintaining the Colorado as an invaluable resource for the 20 million people then living in the Southwestern U.S. met those arguing for decommissioning Glen Canyon Dam in an epic, if little-remembered debate.

And the arguments presented by those supporters have become – if anything – more vital than ever.

The hearings were before two subcommittees of the House Committee on Resources, the subcommittees on Water and Power and National Parks & Public Lands. The subject was explicit: “The subcommittees will hear testimony on the proposal to drain Lake Powell or reduce its water storage capability,” said the invitation to Rita Pearson Maguire, then director of the Arizona Department of Water Resources.

Pearson Maguire, among many others, obliged. 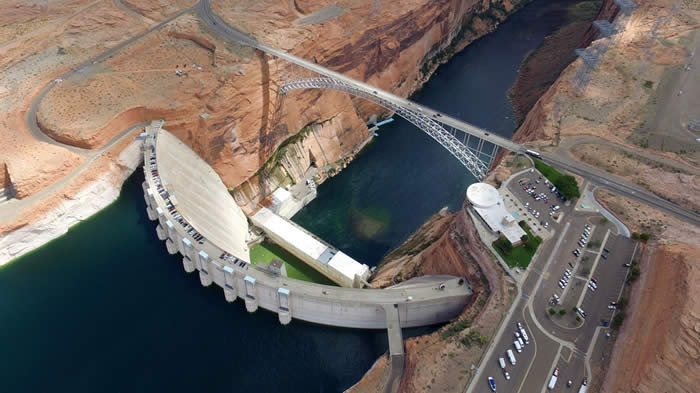 The Water Resources director’s primary message to Congress regarded the potential for “catastrophic shortage in the Lower Basin” without Lake Powell to stabilize river flows.

Said Pearson Maguire in her oral testimony: “Draining Lake Powell cannot be seriously considered for many reasons. But the principal reason is because life as we know it here in the West would be impossible without Lake Powell Reservoir.”

Ironically, the points the director made then about the potential impacts on water storage downstream from Lake Powell are precisely the grave concerns being raised today with Powell and Glen Canyon Dam intact: the rising possibility of draconian reductions in the Central Arizona Project’s deliveries to its Arizona customers…  the prospect of California, whose rights to Colorado River water are among the highest priority, also having its water deliveries reduced, as well as many other adverse consequences.

The representative of the Navajo tribe, whose lands abut the Grand Canyon, was outright hostile to the drain-Powell proposal:

The recommendation to drain, said Melvin F. Bautista, would wreak “disaster upon the economic and social welfare of the Navajo Nation.”

“It would also detrimentally and fundamentally alter a water preservation, delivery and supply system crafted by many decades of planning and social compromise for the sake of a myopic, selfish, impractical environmental deal,” he said.

An outdoorsman who described himself as having grown up in Glen Canyon, Robert Elliot, spoke against draining the lake on behalf of recreational users of the Colorado River.

Elliot described the riparian habitat downstream from Glen Canyon Dam as “amazingly vibrant” and “rich in biodiversity.” All of it, he said, would be threatened by draining the lake and exposing the downstream environment to lake sediments contaminated with “heavy metals and other toxins” – poisons that would carry downstream to Lake Mead, threatening the entire system.

The restoration of Glen Canyon, said Elliot, “is far too problematic and of too great a cost to society and to other environments.”

Advocates of draining the lake, especially those representing the Sierra Club, also had their say.

The late Dave Brower, one of the great directors of the Sierra Club, argued in a statement during the 1997 hearings that “the sooner we begin (draining Powell), the sooner lost paradises will begin to recover.”

Brower, who blamed himself for not fighting hard enough in 1956 to stop congressional approval of the dam, was almost existential in his agony. At the time, he wrote in the Sierra Club’s magazine: “I have worn sackcloth and ashes ever since, convinced that I could have saved the place if I had simply got off my duff.”

Even proponents of keeping the dam in place acknowledged Brower’s centrality to the entire debate about the West’s environmental heritage: “David Brower compelled Americans to talk around their dinner tables about big dams, wilderness, and air and water quality,” said Elliot, who called Brower “a personal hero of mine.”

It was Brower’s proposal to drain the lake. As a leading environmentalist of the era, his call to Congress to undo what it had done prompted the hearings. Unfortunately, Brower’s wife fell ill just prior to the hearings and he was unable to attend in person.

Even enthusiastic supporters of Brower and the Sierra Club at the time thought their proposal was a bad idea:

“Indeed, the Club's drainage plan doesn't even make much environmental sense,” wrote Jason Zengerle in The New Republic, shortly after the 1997 hearings.

As evidence presented at the hearings by the Bureau of Reclamation reminded those present, the dam’s impact had not been evaluated in a vacuum.

The Environmental Impact Statement prepared in advance of the 1997 hearings to review the dam’s impact had been “the most comprehensive study incorporating science-based data to be produced in the history of the Bureau of Reclamation.”

Said Eluid Martinez, commissioner of the Bureau of Reclamation, of the EIS’s results: “Considering all of the above facts, proposals to drain Lake Powell are unrealistic.”

The level of public participation in the development of the document, according to the Bureau, “was unprecedented.”

Nearly 35 million residents of the American Southwest today rely on the system of balanced storage that Lake Powell, in tandem with Lake Mead, has created.

As Arizona’s Water Resources director at the time testified, “life as we know it here in the West would be impossible without Lake Powell Reservoir.”

Next in the series: the destabilizing consequences of draining Lake Powell