An artist's depiction of the Wonders of Water 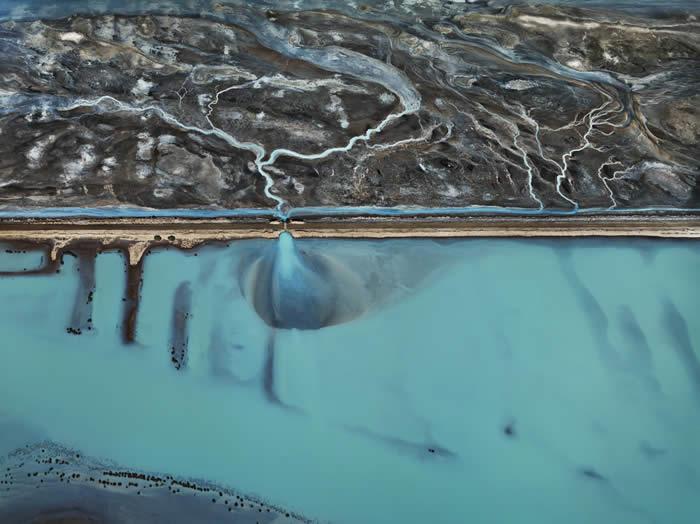 An artist's depiction of the Wonders of Water

The wonder of "Water" is that it does not entirely capture the nature of water in the modern American Southwest.

It is a world-wide exhibit, after all. But in the way this collection of photographs captures the inter-relationship between civilizations and the precious liquid upon which they depend, nearly the entire lot of images does appear almost all about us.

“Water” is a collection of 40 intensely stylized and enormous photographs by Canadian artist Edward Burtynsky, now on exhibition at the Phoenix Art Museum.

Most of the widely acclaimed exhibit largely depicts the intersection of humankind and water. Often, in a nearly industrial way. At other times, almost mystically. 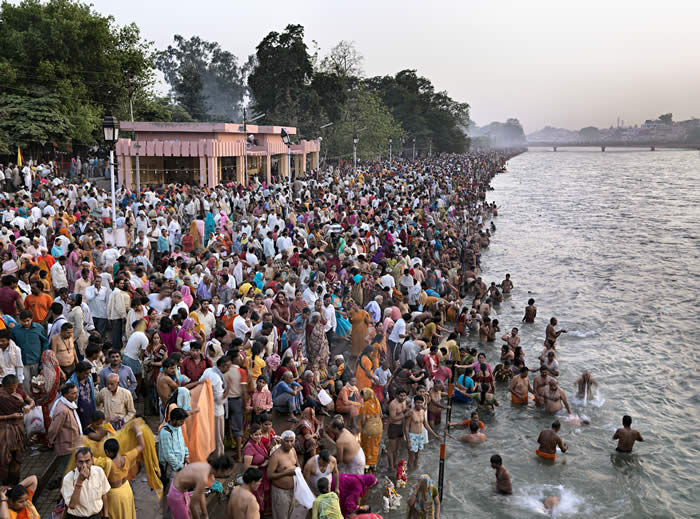 As interpreted in Burtynsky's inspiring photography, some of that relationship, like the depiction of Hindus massing to immerse themselves in the Ganges in Haridwar, India, is religious and inspiring.

Some of it, like the view from above depicting the struggle to clean up the BP oil spill in 2010, is heartbreaking in its enormous all-but-futility.

Much of the exhibit, meanwhile, depicts the extraordinary lengths to which civilizations have gone to manipulate their environment to make water work most efficiently on their behalf.

In a sense, Burtynsky’s photography offers an Arizona audience a measure of humility. Yes, you are immersed in a lengthy, even epochal drought. Yes, you face challenges in effectively making use of – and defending the sources of – your scarce water supply. Yes, access to water is a consuming preoccupation for you.

But you’re hardly the only ones.

The photograph most directly addressing the nature of water in the Southwestern U.S. isn’t even an image of the American Southwest. It is entitled “Colorado River Delta #2,” a look at the river’s end near San Felipe, Baja, Mexico. 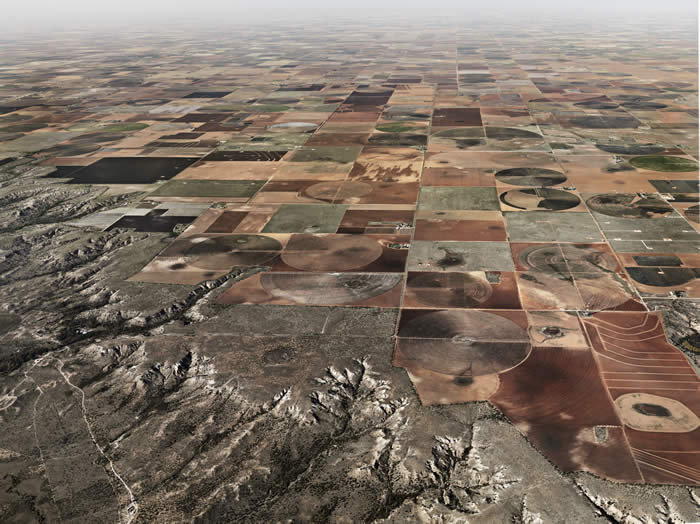 Taken in 2011, the overview of the delta suggests a wan, constricted cardiovascular system, a wide swath of overtaxed, exhausted capillaries that can’t quite deliver the goods to the parched Baja.

Indirectly, it speaks loudly to the nature of the over-allocated Colorado River, which provides water to over 35 million people before reaching the Baja.

For a stark impression of just how dramatically the addition of water to an otherwise dry environment changes things, the artist’s overhead view of a bisected landscape with densely developed Scottsdale on the right and the bare, brown Salt River Pima-Maricopa Indian Community on the left could not say more. The introduction of water in large volumes changes things.

Not all of the exhibit depicts human water use. Several of the photographs, most of them placed near the end of the exhibit, show water in all its free-flowing, majestic glory. As easy as it may be for an artist of Burtynsky’s talent to make his art arrive at a single “statement,” the artist instead allows us to arrive at our own conclusions about the subject he captures.

“Water,” an exhibit of photographs by artist Edward Burtynsky, will be at the Phoenix Art Museum, 1625 N. Central Ave., through Sunday, Sept. 18