At the West Basin Municipal Water District of Los Angeles, tiered levels of treated recycled water are not sold merely as plain, old recycled water. Dude, that's like calling it cleaned-up sewer water… which in fact is what it is.

The Los Angeles County public agency wholesales five of them, mostly to local municipalities and corporations, ranging from mildly filtered irrigation-quality water to "high-pressure boiler feed" water, which is passed carefully through microfiltration and reverse-osmosis membranes.

And, yes. Indirect drinking water is a crisp, clean product recycled from exactly what you think.

The primary themes of the 2016 WRRC water conference in Tucson involved drought mitigation – as one would expect as the Southwest approaches its 17th year of below-average moisture. 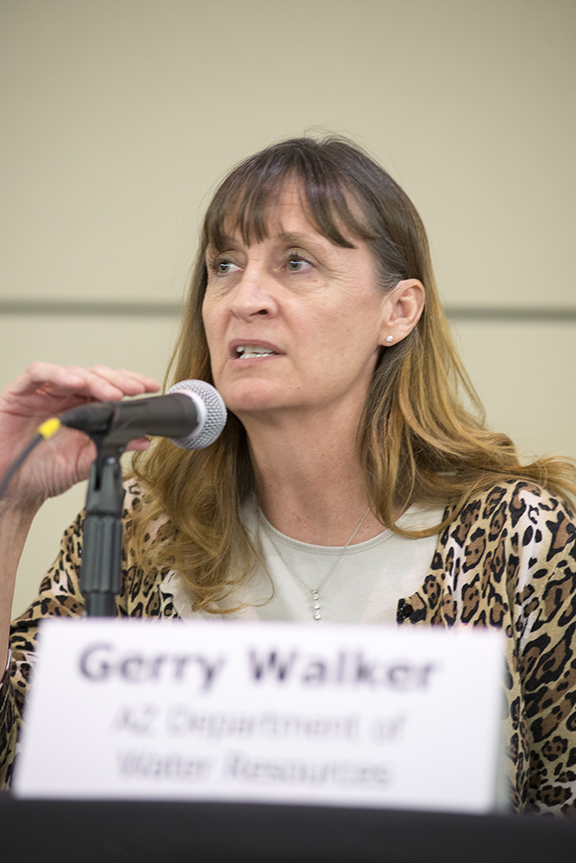 Anne Castle, former assistant secretary for water and science at the U.S. Department of the Interior, kicked off the event warning that the Southwest’s traditional water “security blankets” have worn out.

Climate change, she said, has diminished the value of making weather predictions based on the region’s historical record of wet and dry periods. The last 16 years – the driest 16-year period on record – “could not have been predicted from the historical record,” said Castle.

“Climate change is wreaking havoc with our ability to predict,” she said.

But much of the conference focused on innovative means of dealing with it. And selling products designed to deal with it.

In addition to Paludo and his designer products, Ze’ev Barylka of the Israeli water-conservation firm Netafim, described his company’s innovative water-saving technologies, including novel developments in drip irrigation.

Meanwhile, Dan Thelander, a partner in the 5,000-acred Tempe Farming Co., described how his farming operations apply similar water-conserving techniques. Thelander’s farms outside of Casa Grande have installed conservation systems that in some cases cost as much as $2,500 an acre.

Such expensive systems, he said, are “very efficient,” but may not be for everyone, especially farms that tend to rotate crops: “Crop variation limits your ability to use drip.”

“The governor has been fairly new to the water discussion,” said Moore. “So the focus has been to listen.”

During the day’s final session, Gerry Walker, assistant deputy director of the Arizona Department of Water Resources, outlined the first of that two-track water initiative. 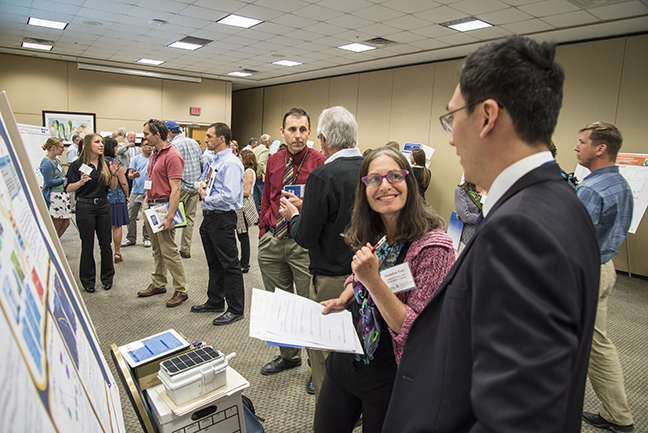 Already underway, the first “track” is a stakeholder-driven analysis of 22 distinct planning areas covering all of Arizona. Its goal is to identify local issues resulting in water demand-and-supply issues, and to develop strategies for dealing with them.

That analysis means hitting the road and gaining a first-hand understanding on the challenges.

“We’re out there talking to the people,” said Walker. “We’re working with them to develop solutions.”

The second track is the creation of the Governor’s Water Augmentation Council, a team headed by Water Resources director Tom Buschatzke, which is charged with finding and funding additional sources of water beyond the surface and groundwater sources already tapped.

The day’s most surprising news may have been provided by one of the conference’s last speakers.

Marc Campbell, manager of sustainability policy and programs for Salt River Project, also talked about where Arizona may find its “next bucket” of water, noting that seawater desalinization is an increasingly important high-tech “front” for augmenting fresh-water supplies.

“California,” said Campbell, “is starting to move ahead of us (on desalinization efforts).

“That train is leaving,” said Campbell. “We as a state are not on it.”