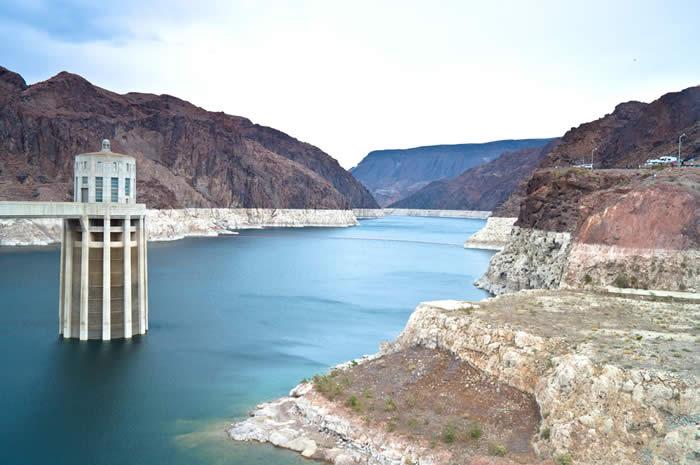 As a result of a compromise agreement with Arizona U.S. Sen. Jeff Flake, the federal Interior Department has pledged that Colorado River water contributed by Arizona to the effort to stabilize Lake Mead will not be released to any other state “without the consensus of all three Lower Basin States.”

Arizona, California and Nevada all have left portions of their river allocations in the great reservoir, which has declined rapidly in recent years. Flake has sought assurances that Arizona will never lose its rights to its portion of that stored water should Lake Mead return to higher water levels at some point in the future.

The agreement, announced Wednesday by Interior Deputy Secretary Michael Connor, assures that the 320,000 acre-feet of water Arizona has committed to leaving in Lake Mead under an existing 2007 agreement would remain part of Arizona’s allocation.

What does this announcement by the Interior Department mean for the water Arizona is storing in Lake Mead?

Buschatzke: There are several different types of water that Arizona is storing in Lake Mead. One of them is called ‘intentionally created surplus’ (water). It’s water that has a label on it for the entity (one of the Lower Basin states or Mexico) that created the water. And it is expressly there to be taken out for the future at a later date. The water we are talking about here is called ‘system water.’  It is there not with anybody’s name on it and it is intended to benefit Lake Mead and the entire system. So this really means we have certainty now that the water is going to stay in the lake and not be delivered to another state.

Arizona has a well-demonstrated ability to store portions of its Colorado River allocation underground. Is it fair to conclude that that option would have looked more appealing to Arizona without this assurance from the Interior Secretary?

Buschatzke: I think the option of putting it underground rather than keeping it in the lake would look more appealing if this assurance hadn’t come. There is, though, a balance. We want to have water both stored in Lake Mead and have water underground. We’ve demonstrated through our different programs of conserving water in Lake Mead – not just with Arizona water, but California, Nevada and Mexico – that we can actually make a difference in delaying or offsetting achieving the trigger elevations that create a shortage for Arizona and Nevada and Mexico. So at the same time, though, it is also good to have water underground that you have under your control. So that when the shortage does come, if it comes, you can recover that water and backfill some of the reductions that you’re feeling from the shortage declarations by the secretary.

Does this decision make it a little easier to collaborate with other states and with the feds to stabilize Lake Mead?

Buschatzke: The letter that was sent from Interior back to Sen. Flake was supported by Nevada and California. Explicitly supported. So they were in the loop on that letter and really thought it was beneficially to create that solution through that collaborative process, rather than through the legislative process that was initiated by Sen Flake in Senate Bill 2902.

How solid is this agreement? Flake originally sought to put it into legislation, but other states opposed that. Will it still have an impact with a new administration?

Buschatzke: We think this agreement and the letter is solid. If you read the details of the letter, it clearly enunciates the reasons why they have taken this path forward – the path forward of not releasing the water. It’s because of the condition of Lake Mead and the falling elevations. But also because of all the effort and money that was put into conserving water in Lake Mead in other programs. So I think this letter is precedential and will have an impact on the new administration and we would hope the new administration would follow suit. If there is no other opportunity to have collaboratively agreed-to legislation, that could also be a pathway to creating the assurance that we’re looking for.

Is a longer-term agreement negotiated among the Lower Basin States in the cards?

Buschatzke: We have been working on another element of our efforts to make the system more sustainable and to protect Lake Mead. This is another incremental step and the shorthand of it is something called the Drought Contingency Plan. It would create additional actions on top of the 2007 guidelines, which lay out the shortage criteria and the volume of the shortages. Essentially, Arizona and Nevada would take shortages sooner than what’s anticipated in the guidelines and then at elevations further down in Lake Mead than are in the guidelines, at least for the first trigger point at 1075 (feet), California would begin to take reductions in its use, despite the fact that, legally, Central Arizona Project should go dry before California has to take reductions in their use. So, we are working on that agreement. We have work internally yet to be done in the state of Arizona. As does California. As does Nevada. We hope to bring this all together within each individual state, and the collective agreement (among) the states, hopefully in the Fall.

Listen here to a conversation with Tom Buschatzke, Director of the Arizona Department of Water Resources