Water users in southeastern Arizona drew a little closer on Tuesday to possible resolutions of the tough water issues the region faces.

For the second time in five weeks, Arizona Department of Water Resources staff journeyed to Willcox to hear out the concerns of area residents about their water supplies -- and, to give those residents a chance to flesh out potential resolutions. "You do need to find a balance, it's true," said Melissa DiPeso, a Willcox realtor attending the April 19 sessions. "Our water is getting harder and (our wells) are getting deeper."

Some backed establishing the region as an INA. But not all, as Mark Cook of North Bowie Farming noted: 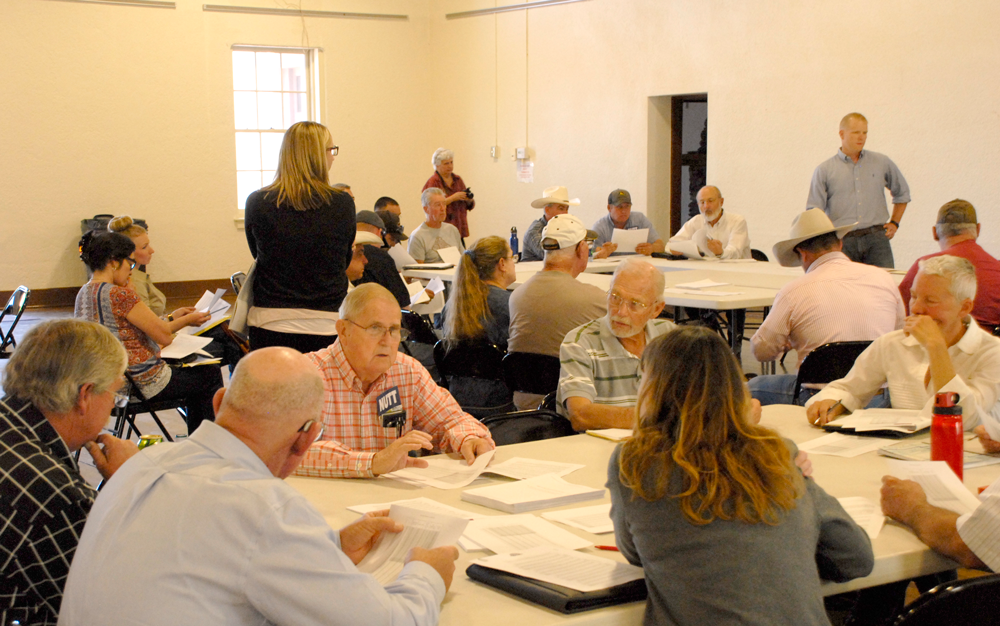 "We just have to find solutions that have more winners than losers," he said. Well-informed on the complex issues of water, the participants represented a wide range of views on the issues of groundwater use. Most of southeastern Arizona - including the area's municipal, industrial and agricultural users -- is highly dependent on extracted groundwater, which most evidence suggests is in dwindling supply.

During the first of the day's two sessions, residents broke into small user-specific groups - municipal, industrial and agricultural. In a region that has seen agricultural activity expand from 57,200 tilled acres in 1991 to over 120,000 acres in 2014, the discussion about resolving ag-use issues drew by far the most interest.

(It is worth noting that while ag acreage in the region has more than doubled in that period, groundwater pumping has not increased commensurately, according to data obtained by the Department of Water Resources. In 1991, agriculture in the Douglas, Willcox and San Simon regions consumed 201,000 acre feet of groundwater. In 2014, the amount drawn from the ground had increased to 261, 500 acre feet.)

Many participants urged state agencies to help area residents in securing some of the myriad federal grants available to rural water users, especially those in the drought-stricken Southwest.